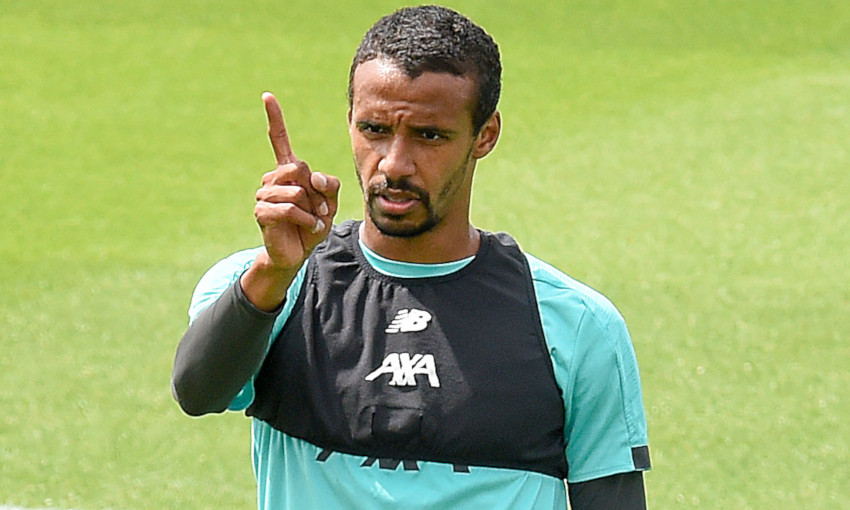 Joel Matip concedes winning the Premier League with Liverpool has left him overcome by positive emotions after the title was clinched last Thursday night.

The Reds’ 30-year wait to once again become domestic champions was ended as a Manchester City defeat at Chelsea left them mathematically uncatchable at the top of the table.

Indeed, with seven games still to play, Jürgen Klopp’s side have claimed the crown earlier than any other side in history following an unprecedented campaign so far.

Unfortunately, a foot injury sustained at Everton means Matip is unlikely to play any part in those remaining fixtures; however, such news has not diluted his joy at Liverpool becoming champions of England.

Joel, massive congratulations. A Premier League title, how special does that feel?

It’s a great feeling, especially here in a Liverpool shirt. Everybody was looking for it and to finally achieve it, it’s just great.

What a year it has been, from June 1 last year winning the Champions League, UEFA Super Cup, FIFA Club World Cup and now the Premier League – could you put into words for us what they mean to all of the players?

It’s just amazing. It could be worse, I think, so it’s just amazing! Last season the end was really good with the final, which was brilliant, but now everybody knows what it means to be the champions of England and for every Liverpool supporter that’s just great.

Let’s take you back to that moment in the hotel on Thursday night when that final whistle went at Stamford Bridge – describe yours and the rest of your teammates' emotions as it was something very special being together, wasn’t it?

Of course. It was weird to watch another team and be happy. If Chelsea scores it will be the only and last time when Liverpool supporters all over the world and our team was happy when they scored! It was just a weird feeling but after the final whistle everybody was just happy.

After going so close last season, let’s go back to the start of this season and just give us a little insight: how determined was the squad as a whole to put one right and try and win it this season?

Of course, we know the competition is really hard. Last season we did a brilliant [season] and we played brilliantly, achieved a lot of points but it still wasn’t enough. You never know how the next season will be but it’s a hard competition and we knew we had to give everything that we have to maybe have a chance, and we took it.

I saw it from the outside and it was just brilliant. If you see what the lads had to go through with the travelling and the amount of games they had to play, then to strike back against a strong side that was an amazing sign for ourselves and for every other team.

I know it’s going to feel a bit different with no fans in the ground but when it comes to it, that trophy lift moment is going to be special, isn’t it?

The waiting is worth it but of course for the fans, supporters, it would be massive. But I think everybody can celebrate on their own and everybody will just be happy for the club that we finally achieved it.

How special are these Liverpool fans all over the world with the love they have for this team?

It’s crazy! Everywhere you go you find some Liverpool supporters. It doesn’t matter where you are, Asia, America or here. They love the club all over the world and they sacrifice a lot to support the team, to watch the team, and it’s just great to be a part of this big thing.

That winning mentality you’ve got – you can’t buy things like that, is that everyone pulling together and working so hard for each other…

I think things like this have to grow. Last year we were close and I think in most seasons when you get that amount of points you are champions but we stick together and now even more. You never know how it will end but now we have a happy ending!

The manager Jürgen Klopp as well, just how much of an inspiration is he to this group?

He is amazing. He put us all together and he creates our situation we are in now. He is just fantastic.

Still seven games remaining, then. What’s the aim from the boys? To pick up as many points as possible and see where that takes you?

Of course. But I have no doubt about the mentality of our guys and we want to get as much points as possible and to really enjoy this season.