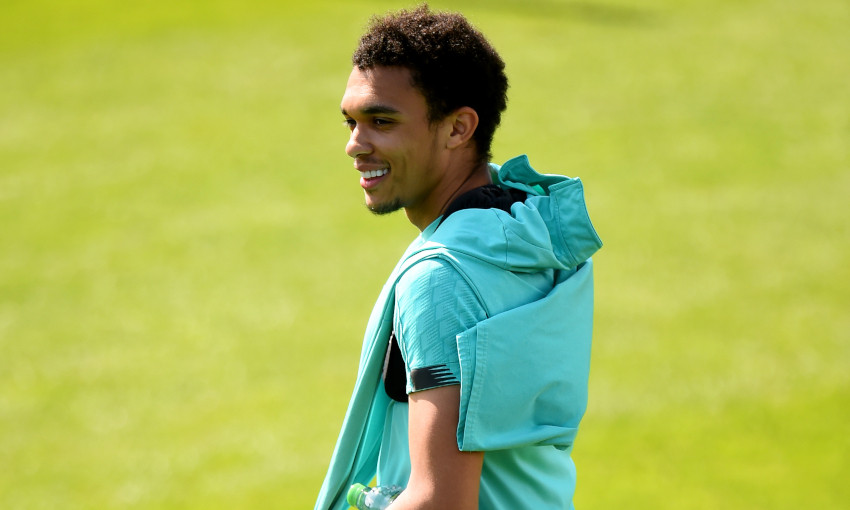 Trent Alexander-Arnold outlined Liverpool's desire to resume the season in "sharp" condition after contact training as a full group began again at Melwood this week.

The Premier League has set a provisional date of June 17 for the 2019-20 campaign to restart, following its suspension due to the COVID-19 pandemic.

Having won their 27th game out of 29 in the top flight when they last played in March, the Reds require six points to clinch a first title for 30 years.

On Sunday, we caught up with Alexander-Arnold to get his take on the squad regrouping for training and the nature of the sessions designed by Jürgen Klopp and his staff.

The full-back also looked ahead to the potential resumption of the season and the possibility of kicking off with a Merseyside derby against Everton.

Read or watch the interview in full…

Firstly, how has the return to contact training gone so far?

So far, so good. It has been positive to be back with the boys, that was the main thing we’ve all been missing. It’s just really positive, everyone is in a good mood and good spirits. We’re just happy to be back. Obviously it’s safety first, so we’ve had to take precautions and take it seriously, but when we get into training it’s good to be back to normal.

What was it like driving in on Thursday, knowing the whole group was going to be here?

Exciting, because the week before we came in as little groups of four and five; that was progression from what we had been doing the previous couple of weeks. To take it the step further to train with everyone was something very relieving, I think. It has been a long time since we’ve been able to do it, it is very rare you go so long without seeing the lads and training together. So, it was such a positive moment for us all.

Inside Training: Thursday's session at Melwood

Pep Lijnders was saying over the weekend the intensity and the level of the sessions has even taken him and Jürgen by surprise. Have you felt that as a player?

Yeah, as players we can tell that we need to get back up to full match fitness as soon as possible. The coaches are doing that, the fitness team are doing that. I think we’re in a good position; but we know we need to get fitter and stuff like that. For the first week we have done really well. It has been intense, the commitment and everything has been there from the lads, which was always expected. On the whole, it has been a good week and we just need to keep going and pushing.

How are you feeling fitness-wise? Obviously the first week was about getting used to the pitch and the ball again…

No matter what you do in the off time, it doesn’t really compare to football fitness. The running fitness is different. You’ve got a ball at your feet, it just takes a bit of energy away from you. It’s different but it’s good to be back out there. You’re always going to feel a bit sore and tired at times, but that’s part and parcel of it – you need to push through those moments to get stronger and fitter. We know that as a team and so far, so good in terms of all the lads being fit and healthy. Like I said, we just need to keep pushing. 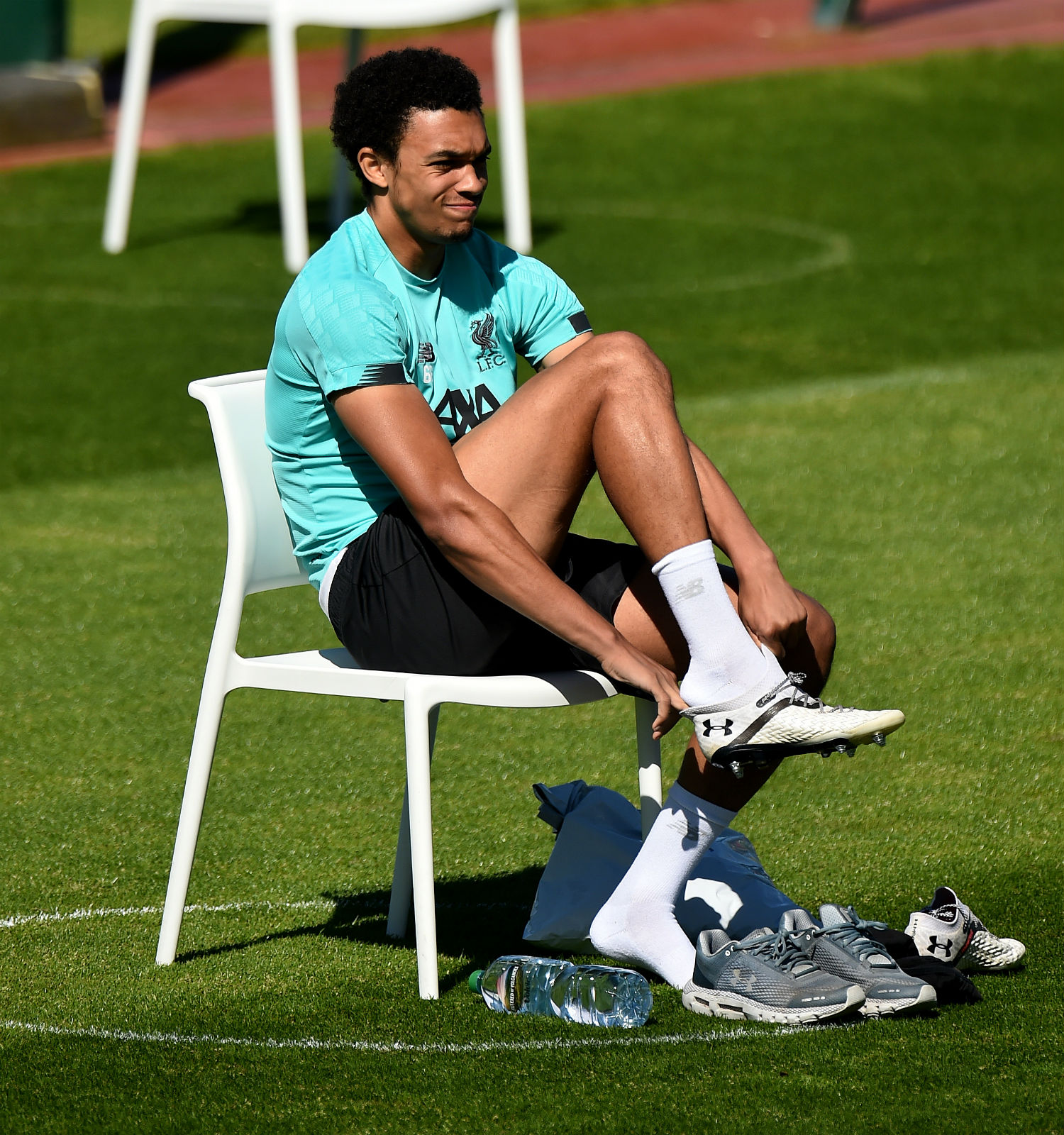 Having a routine again must be quite good?

Yeah, massively. With our fitness schedule in lockdown, it was optional what time you did it, so there wasn’t too much of a schedule except for the Zoom yoga and stuff like that. Other than that, it has been difficult to get into a routine. To be back in at a certain time, get back into a routine and focus on what matters – that’s obviously getting back to where we were before all this stuff happened. For us, it’s about carrying that on and picking up where we left.

The Premier League is provisionally going to return on June 17. How much are you looking forward to getting back into games?

Massively. We’ve got massive games ahead of us, very important games. We need to stay focused on ourselves. We obviously know the circumstances won’t be the same as how we left them and the conditions won’t be. But it is what it is. It’s football, we need to adapt to that. We’re going to try our best to adapt to that. I’m sure when the time comes to play matches again we’ll be ready for that, we’ll be as sharp as ever and hopefully we get straight back into winning ways and push on and see what we can do for the rest of the season.

Is there a pre-season feel to training at the moment?

Yeah, obviously you know you’re not at full fitness and you know the sessions are constructed in a way to make sure we’re pushing ourselves every single day and we’re getting back to things tactically and technically, not just physically. So, there’s a lot going on, there’s a lot of information that needs to be learned again. Just top up our memory on how we want to play and the positions we want to pick up. As you can imagine, we lose a bit of rhythm at a time like this. It’s about picking up that rhythm and picking up where we left off and keep winning. 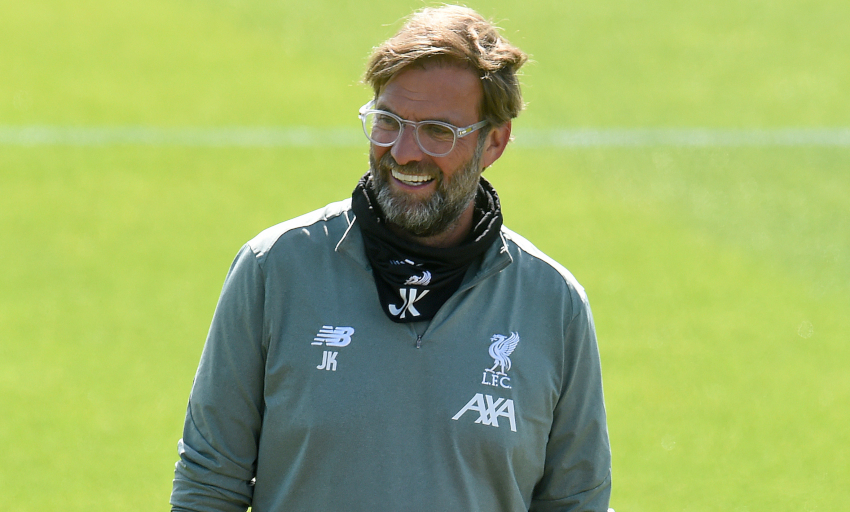 Definitely. That’s a game you want to play in all the time, especially coming back off such a long break and at a time like this. It’s a massive game. For the public, it would be good to be able to watch a game like that. For us, it would be good to play in such an intense game early doors and be able to put ourselves against a good side like them and see where we are physically, and as a team against them. I’m sure we’ll be ready for anyone that we come up against. It’s the preparation we’re doing in training that will help us.