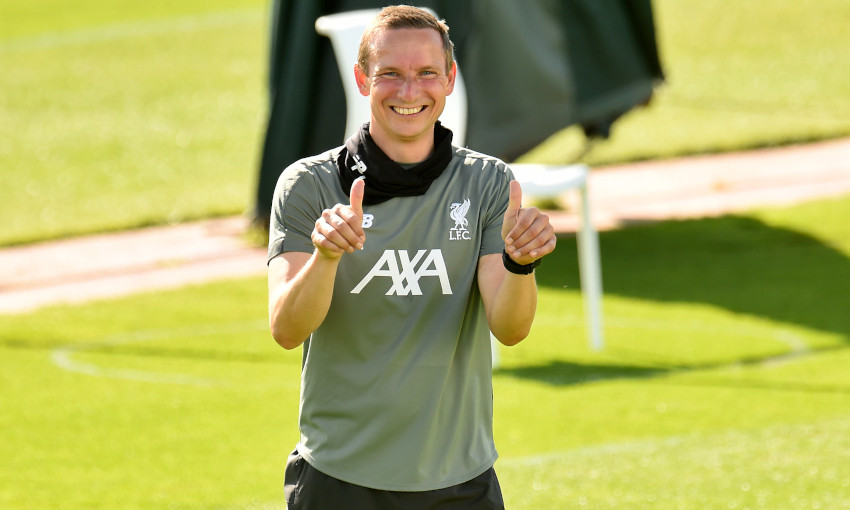 Jürgen Klopp and Pepijn Lijnders shared a knowing look on the Melwood pitch that summed up the feeling around Liverpool’s return to contact training this week.

The Reds began full group sessions once again on Thursday following a unanimous Premier League vote in favour of moving to stage two of the Return to Training protocol.

On the same day, the league announced a provisional restart date of June 17 for the division after it was suspended in March due to the COVID-19 pandemic.

The mood at a sun-kissed Melwood was, therefore, one of positivity as the team began to work towards returning to the pitch next month and concluding the final nine games of the season, underlined by a glance shared between the manager and one of his assistants as the players were put through their paces.

We caught up with Lijnders to get the inside track on how the training sessions are shaping up and how they will progress in the coming weeks as the provisional restart of the campaign edges nearer.

Pep, firstly, how is it to have the full group back together in training?

Really good, really special and really important. The period with the small groups was to prepare our boys for a “normal” training week; from the first day, we tried to give them a mental landscape. I never thought you could do so much with only four players, we made it as specific as possible - Pete, Vitor, Andreas and Conall did a tremendous job. But, to be honest, it was all about energy, energy and energy again, because I really think in the end energy wins from each tactical idea. Combining both you become unstoppable… [laughs]! It’s great to have them all back, with their jokes, their attitude and their character. This is one of the most special groups of players we will ever work with. But we will have to prove ourselves again and earn everything again. If we all stay humble, that’s the first step. If we all stay hungry and passionate for the ball, it will be step two until step 20.

What was the atmosphere like around the place on Thursday?

Great… and so natural. The session was so, so good - energy, tempo and counter-pressing with our idea, I lived and loved it at the same time. Jürgen and I looked at each other during the rondo and were smiling ear to ear. I said, ‘I hope the exercise will do the coaching, so I can just observe and fully enjoy it!’ Ten seconds later, I was screaming again that they should keep the triangle [laughs]!

How does the training now change with the full group being back?

We have a week full of experiences for our players. Most importantly, we are preparing them for competition, so that’s part one. Secondly, we are re-introducing our way and at the same time trying to make the next step. Each session, we have to show who we are, why we are like this and where we want to be different than any other team in this league. It’s how Jürgen said it, it’s a dream that fans could recognise us, our way, and that these fans feel and live our identity. When we reach these levels of concentration in training we will be absolutely fine, so that’s the target each day again. I can’t wait to see us play again. 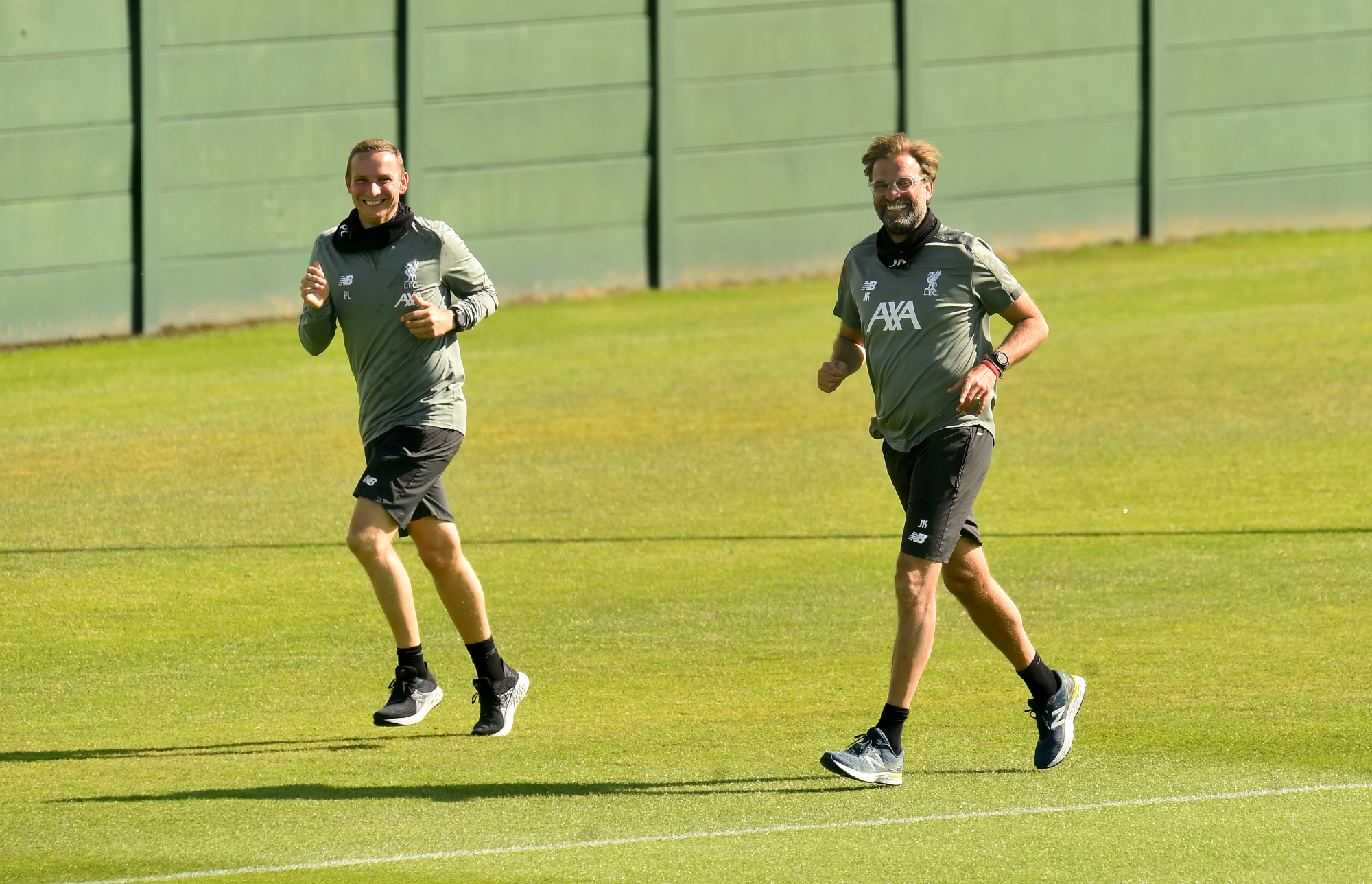 What is the plan for training now? Is it almost like 'pre-season style'?

It’s similar to a pre-season because we need to prepare ourselves to compete and play again as close as possible to our style, especially in the first two or three games. All the other aspects are completely different because it was a lockdown where the players - and all of us - were not allowed to go out, we lived without a schedule for two months and all of this influences on how we approach this time. For us, a pre-season week has the same importance and logic of week 25 of the season. The advantage of pre-season is the time we have to train, to drill anticipation. Everything we do in training is of the highest intensity and highest concentration possible, because you never press alone. In football you always play two games. The first one you see on the scoreboard. The second one is ‘our way’ and ‘our style’. The first one you can lose, sometimes, but the second one, never ever. It is not possible, not allowed. And this is where our focus lies. It comes back to the same thing – our process. This is what makes us strong. The message of Jürgen, the quality of training and video as a powerful tool. We have to use each minute for this way of play. We try to start every single day by planning and preparing with this in mind: our idea, our vision and our future. In the end we know that we want to have our special moment, together.

Is it a case of building up the intensity slowly at first, or are the boys ready to get straight back in?

We have intense sessions… our identity is intensity! Our identity is unpredictability. It’s about dedicated specific team training. We control the timings. This is so, so important. All the training days are connected. The relationship between the training days makes it so that we can play in our way, a quality game of football and at the same time we reduce the injury risk. We train each day in the highest intensity, in the highest concentration and with full freedom to attack. It’s how Einstein said it: logic gets you from A to B, imagination will get you everywhere. That’s hopefully where we stay different. A quality game will stimulate this aspect and that creates development. If we showed one thing in the last seasons, it is that we always made the next step. Let’s try again.