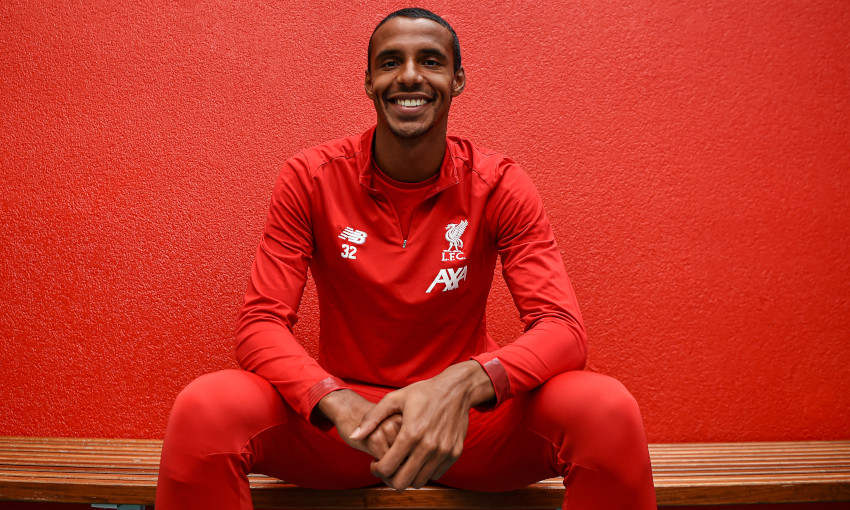 “It was crazy. It was like a whole machine working together.”

There was no alternative for Liverpool, Joel Matip recalls. No other way.

“We could not perform at even one per cent less… we needed everyone.”

Three-hundred-and-sixty-four days have passed since Anfield bore witness to what many have since declared to be its greatest ever night, yet for most reading this it’ll feel like it unfolded much more recently.

Without it, there’d have been no Madrid; there would be no number six.

And yet to achieve it, Liverpool had to conjure something many deemed impossible.

A 3-0 defeat by FC Barcelona in the first leg had felt somewhat harsh. The Reds, after all, had played well and managed 15 shots on goal at Camp Nou. Lionel Messi, however, took matters into his own hands and seemingly put his team on the brink of the Champions League final with two second-half strikes. 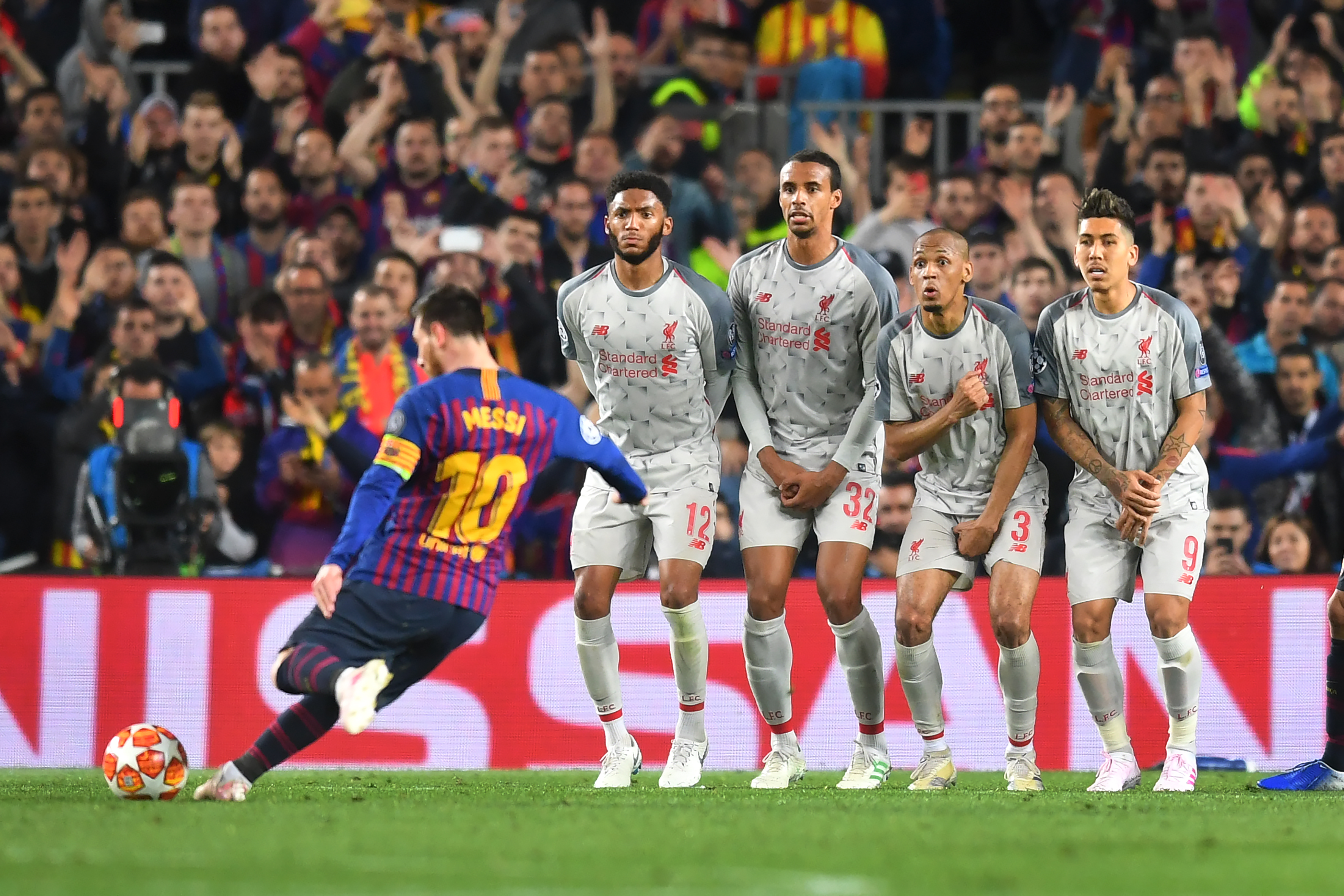 Down and out? Lionel Messi scores Barcelona's third at Camp Nou

In the days that followed, including a dramatic but energy-sapping 3-2 win at Newcastle United, Jürgen Klopp’s side’s hopes of staging something remarkable had taken a further blow when Roberto Firmino and Mohamed Salah were ruled out of the return meeting due to respective injuries.

“Of course, the game in Camp Nou was not bad but they scored three goals and we knew it would be a really tough, tough game at Anfield - we knew we’d need something special to happen if we were to reach the final,” Matip told Liverpoolfc.com this week as we approached the one-year anniversary.

“We thought, ‘Let’s win this game’ but we never could have imagined how it would turn out in the end.

“Of course, we’d played so well there, in Camp Nou, against Barcelona, against one of the strongest sides in the world at home, so there was something to be positive about - but they scored the goals and we didn’t.

“We knew if we repeated that performance, make a few adaptations and use our chances, then for sure then everyone was confident we could beat them on the night, but we didn’t think about the result in the end.

“Of course, if you miss some players with the quality of Bobby and Mo… every team would miss them and it’s not perfect. We still had enough players and a lot of quality, and the team together can achieve a lot of things. Obviously, it doesn’t make the day better if you hear ‘he is missing and he is missing’, but you have to use the depth of the squad and make the best out of it.”

Over time, details have emerged of the pre-match team-talk delivered by Klopp.

“When we were preparing for the second leg, my team-talk was very straightforward. There was no Rocky this time,” the manager explained himself earlier this season. “Mostly, I talked about tactics. But I also told them the truth. I said, ‘We have to play without two of the best strikers in the world. The world outside is saying it is not possible. And let’s be honest, it’s probably impossible. But because it’s you? Because it’s you, we have a chance.’

“I really believed that. It wasn’t about their technical ability as footballers. It was about who they were as human beings and everything they had overcome in life. The only thing that I added was, ‘If we fail, then let’s fail in the most beautiful way.’”

His words had the desired impact.

“He kept us believing that we had a chance, that we really could create something that we could tell our kids about in the future,” Matip recollects.

“We knew if we could keep a clean sheet it would be important. But even so, it wasn’t a big opportunity for us even if we kept a clean sheet, it was already a hard challenge without conceding.

“So, we knew we had to do it together because you can’t defend these kind of forwards on your own. The whole team was running the whole time, you always had help from wide, from the right, from the left and from the front - everybody knew everybody had to work to keep a clean sheet to have a bigger chance to go to the next round.”

Matip’s name was next to that of Virgil van Dijk’s on the teamsheet, knowing that the home team not only needed to win handsomely, but also thwart Messi, Luis Suarez and co.

Nevertheless, there was little sense of the scale of the task facing Liverpool as kick-off drew closer at Anfield.

An attitude of defiance reverberated around the stadium as the players made their way out of the tunnel.

And defiance turned to hope when Divock Origi reduced the aggregate arrears after just seven minutes of play.

“The atmosphere was already crazy when we came into the stadium, even though everybody knew the first-leg result and who we were coming up against,” says Matip. “But the mood was good and it became better and better. It was just crazy. It was like a whole machine working there together - everyone, the players, the fans.

“On the pitch, it was really, really loud - you had to shout louder on the pitch, but in these kind of moments it wasn’t the worst problem to try to get over!

“Every goal was so important, but to score so early gave us more hope. If they’d kept a clean sheet for a long time, it would be a kind of mood killer, but with this goal we already gained more self-confidence and began to think we could get something.” 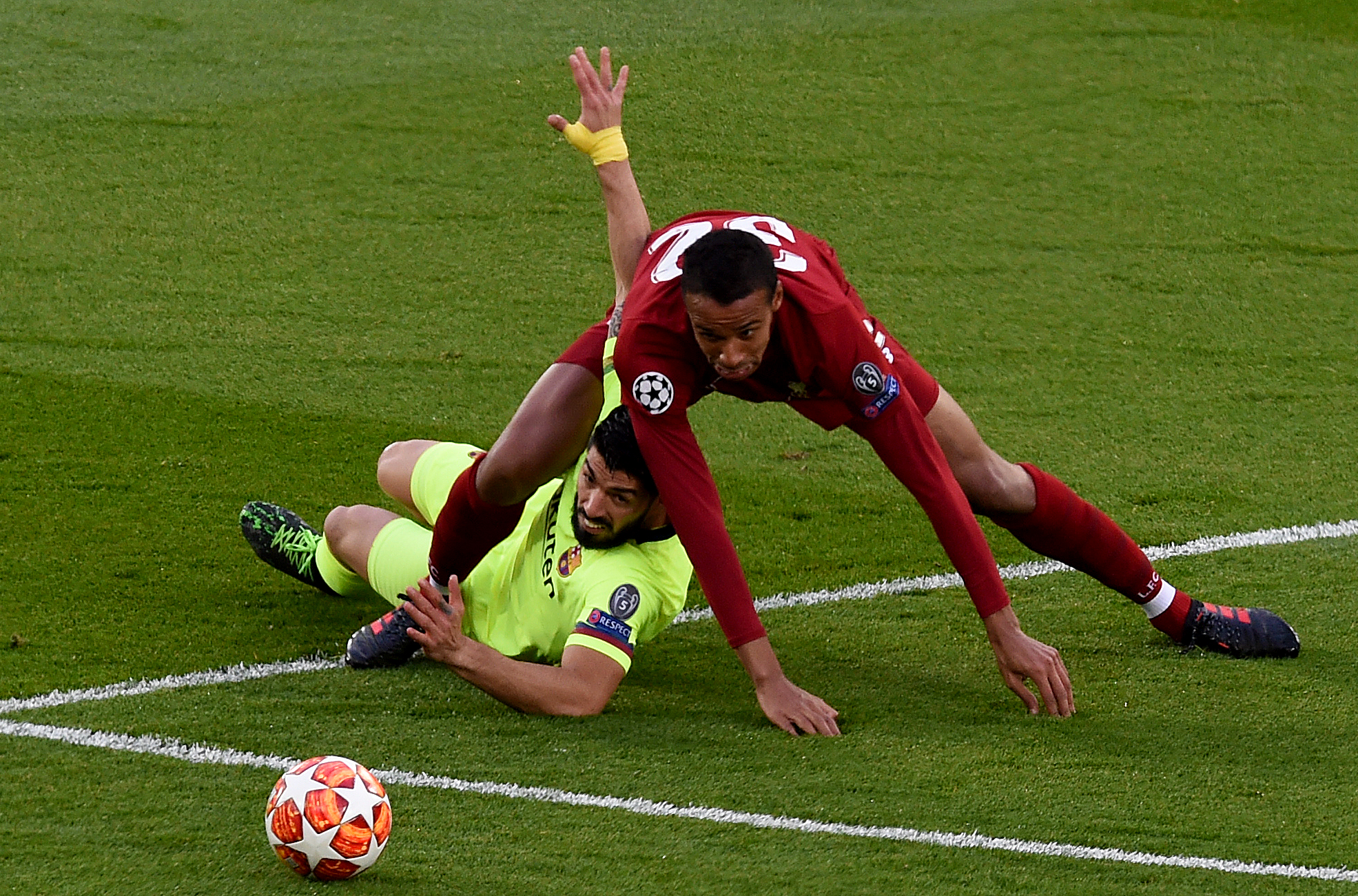 Matip battles with ex-Red Luis Suarez for the ball

It had been a frenetic opening 45 minutes at Anfield, yet Liverpool couldn’t add to their early strike before the break.

Indeed, Alisson Becker had also been called into action on a handful of occasions during an end-to-end, breathless bout.

Matip remembers: “It was positive at half-time but everybody knew we could not do one per cent less. Even if we played well in the first half, we had to do more. We have to do the same things, we cannot do less, and everybody had to be there to have this chance.”

Liverpool were forced to make a substitution during the interval, with Andy Robertson not managing to shake off a knock.

It meant an introduction for Georginio Wijnaldum, with James Milner moving into the left-back berth.

However, fate would conspire in favour of the Reds and in the space of 122 glorious second-half seconds, Wijnaldum had levelled the aggregate scoreline with a brace within 11 minutes of the re-start.

“I think after Gini’s first one it was like, ‘Oh, we’re going to win this game’ because we’d played well. After his second, I thought, ‘OK, today we can do it’.

“But you never know because you know who you play against and you don’t even have to play badly, these strikers can have a magic moment and can score.”

Now, the tie was on a knife edge. No further goals would mean it would head for extra-time, while a strike for Barcelona would leave the hosts needing to net twice.

And then, perhaps the most defining moment of the whole campaign. One quickly-taken corner, one smart first-time finish and Liverpool were in front with 11 minutes left on the clock.

Matip had a good view of it all, too.

“I was slowly on the way to the box, so in centre-back style I was slowly going from back to front! I thought maybe in 20 seconds there would be a corner coming in or something like this; I came forward and had a nice view of the whole situation.

“It was crazy. I couldn’t believe it, I didn’t know what had happened because he just put the ball in. I thought, ‘What is this?’ Then I saw Divock there and the ball in the net afterwards…

“I was a little bit confused, to be honest. But after a few seconds, everybody was celebrating so I just joined in.” 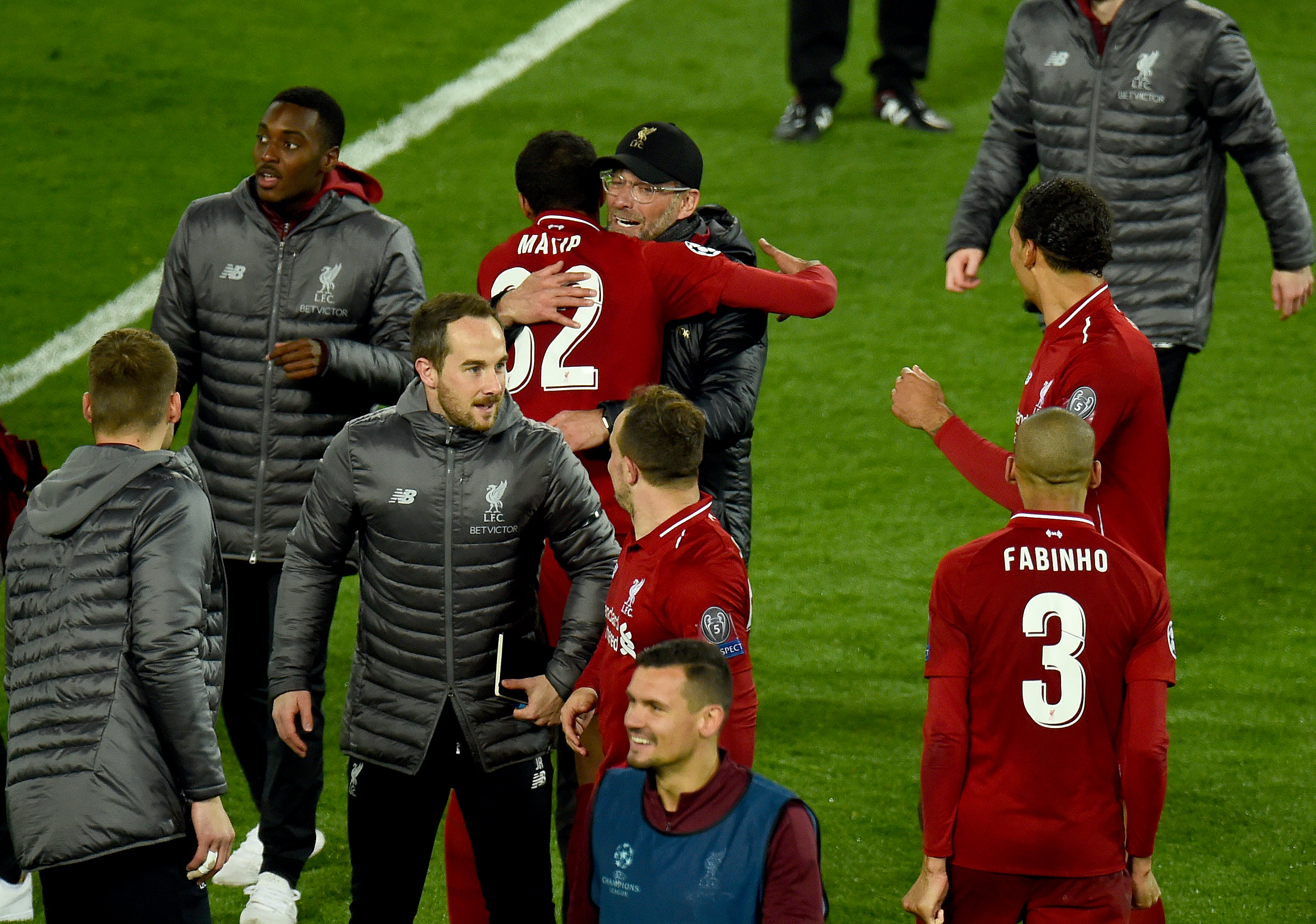 The final whistle brought unbridled scenes of elation and emotion. Liverpool had beaten Barcelona 4-0, Liverpool had achieved what many thought impossible and, most importantly of all, Liverpool were going to Madrid.

“You couldn’t believe it, I would probably say it was the best moment in my time as a professional player because it was special,” Matip explains.

“You’re completely happy and now you could relax because there had been so much tension on you. You try to be focused for the entire game and afterwards you can release and be happy.

“Singing You’ll Never Walk Alone with the fans… just amazing. Amazing and crazy and a moment I will always remember.”

Liverpool would, of course, go on and complete the job a few weeks later as Henderson hoisted the gleaming Champions League trophy aloft in Madrid.

“Winning the final makes the Barcelona memories perfect, otherwise it’d be like a really good moment, still something really special, but winning the final creates the whole thing and made it what it was.

“The Barcelona game is so special because we won the final.

“It was just amazing.”