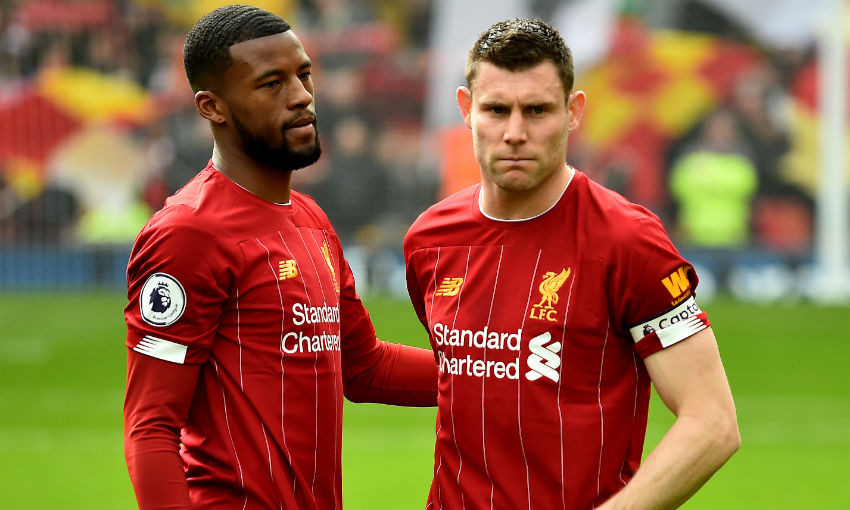 James Milner is eyeing up another special European night at Anfield as Liverpool look to overturn a deficit in their Champions League last-16 tie with Atletico Madrid.

The Reds welcome Diego Simeone's side to Merseyside on Wednesday night, trailing 1-0 from last month's first leg in the Spanish capital.

But having returned to winning ways after back-to-back defeats with a come-from-behind victory against Bournemouth on Saturday, Milner and his teammates are buoyed heading into the must-win encounter.

The vice-captain told Liverpoolfc.com: "I think obviously coming into that game off the back of a good result is pleasing, it gives us a good feeling.

"The crowd will be right with us, they were with us again today, and it'll be a special night – it always is, so it's down to us to turn around a tough result.

"We know how good they are, we know how well organised they are but hopefully we can push them all the way and overturn that and have another special night at Anfield."

Liverpool's imperious form at Anfield was typified as the win over Bournemouth saw them set an English top-flight record for consecutive home victories.

"I think obviously it's an incredible place to play football, the fans and the stadium," Milner continued.

"You look at how amazing the teams have been through the years for Liverpool and teams for Shankly and things like that, to be mentioned in the same level as those guys and to be up there with the records is special for us and that's what we want to keep doing.

"The hunger is there, you can see it from the boys and we just want to keep winning trophies and breaking as many records as we can."

The weekend got Jürgen Klopp's side back on track after a run of three defeats in four matches in all competitions.

Adamant constant perfection isn't a realistic target throughout a demanding campaign, Milner has been pleased with the Reds' attitude and application following the setbacks.

The No.7 said: "It's always going to happen. No team goes through a season without having a couple of performances which aren't at the level.

"It happens, it's a long season and you see how many games we've played, and any sport you play it's impossible to be at your highest level all year, year in and year out.

"You try your best and it just doesn't happen, and that's when you need to find a way to win. We've done that but we need to get back to the level that we know we can perform at.

"But the boys are working hard, you can see that it's not through a lack of effort and the two finishes today were clinical from the lads up front.

"We could have closed it out as well but they had chances as well, so there's plenty to look at on what we can improve on."