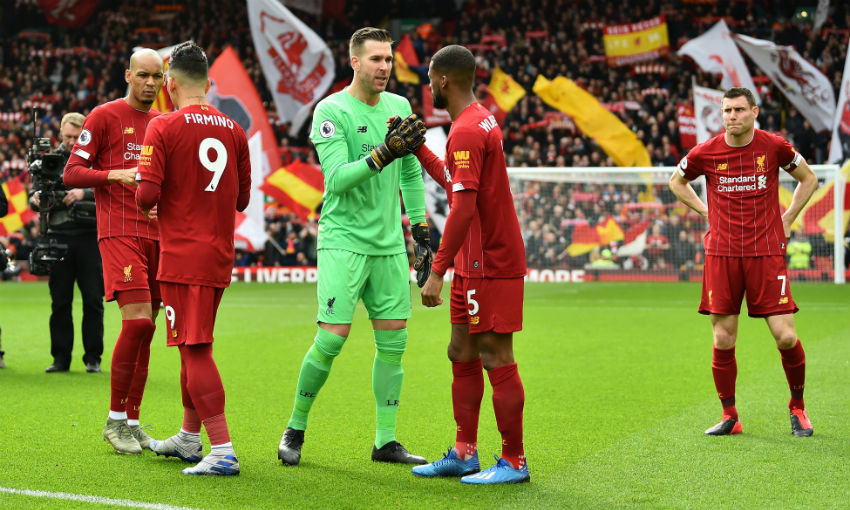 Liverpool rediscovered their winning mentality to come from behind and beat Bournemouth on Saturday, Adrian believes.

The Reds went into Saturday’s meeting with Eddie Howe’s team having lost three of their previous four games in all competitions and had to overcome the setback of Callum Wilson’s early opener to claim a 22nd consecutive home Premier League victory.

Clinical finishes from Mohamed Salah and Sadio Mane, both of which came before half-time, secured an important three points for the league leaders.

And Adrian, who deputised for the injured Alisson Becker in goal, saluted Liverpool’s fortitude afterwards.

Read on for a transcript of Liverpoolfc.com’s post-match interview with the Spaniard…

Firstly Adrian, that was an important win but what were your thoughts on the performance?

It was a tough game after a few bad results. The confidence of everyone was a bit down but I think today we showed the winning mentality is back, the team came back after the early goal from Bournemouth. We showed again that we are here to face the end of the season and face the big challenges that are coming and the three points was the most important thing today, and we got them.

Do you feel the weight of expectation more after a run of below-par results?

Today it was really important to get the three points to get that confidence back again, 100 per cent. On Wednesday we face a big challenge against Atletico Madrid here at Anfield. We need to come back against the result in Madrid but Anfield will be on fire for sure, the fans will be supporting us from the first second. We will go for the game from the first second and from tonight we will be thinking about that game because it is the most important game of the season right now.

What about James Milner’s goalline clearance in the second half...

It was great. I needed to go out to try to block the shot and he [Ryan Fraser] got the ball behind me, and he starts running to defend the goal. I saw the moment he was running and thought ‘Yes Millie, you can do it!’ and he did it! He’s a top player, he has a lot of experience so he knows the opportunity could come and he was ready to defend the goal.

Milner’s experience and leadership qualities are so important in games like these, aren't they?

I think the experienced players, we have to show character out on the pitch. When you are not in the best moment, to show that character and come back full of confidence. I think today we showed character, we came back into the game, we scored two good goals with Sadio and Mo. They are back to scoring again and that is very important for strikers, to get the confidence. That’s it, we have to enjoy this game and just think about the next one.

Twenty-two home league wins in a row now. Just how difficult is it to sustain that level of consistency?

It’s not easy. Everyone knows the Premier League is so difficult so to win this number of games at home is an unbelievable thing. Maybe we will see in the future this record is great, but now we are not thinking, to be fair, about the records, we are going game by game. Today we needed the three points, we got the three points and that’s it.

Looking ahead to Atletico Madrid on Wednesday. What lessons can you learn from the first leg to take into that game?

I think we know the style of play of Atletico. We have to prepare in the next few days as well as possible to try to keep the ball, be patient, to move the ball quick because for sure they are going to defend the result here. But it’s going to be very difficult for them to defend again for 95 minutes, here at Anfield it’s a different history. Madrid was Madrid but now we have the second leg here so we hope and we are thinking to try to come back in that game and win the game for sure.