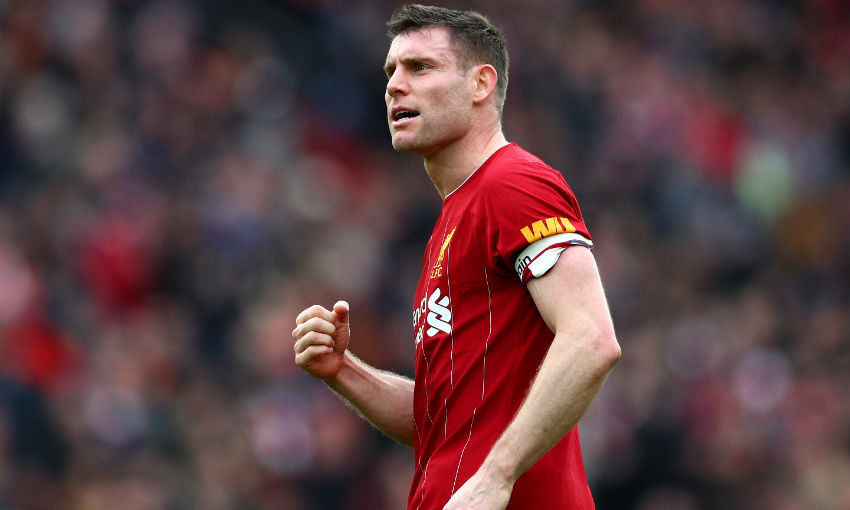 Liverpool came from behind to beat Bournemouth 2-1 at Anfield in the Premier League on Saturday afternoon.

A return to winning ways

"Today we showed our personality after [going] 1-0 down," Salah reflected post-match.

Jürgen Klopp's side already needed to display a response to back-to-back defeats, but even more so when Wilson put Bournemouth in the lead after just nine minutes.

Two clinical finishes from Liverpool's frontmen and heroic defensive efforts were the difference as the Reds secured win No.27 of the Premier League campaign.

Klopp's fist pumps to the crowd afterwards were an obvious indicator of his delight. "I was in good spirits, let me say it like this," the boss stated.

Another record fell in what could be a truly historic 2019-20 season.

That incredible run sets a new English top-flight record, eclipsing the 21-game stretch set by Bill Shankly's Liverpool back in 1972.

This current Liverpool side are unbeaten in their last 55 league matches at L4, with only Chelsea (86 games between 2004-2008) having had a longer run in Premier League history.

Making his first Premier League start since January 2, Milner was required to fill in at left-back to replace the injured Andy Robertson.

And the 34-year-old would go on to deliver an incredible Man of the Match display.

The highlight, of course, was his heroic goalline clearance of Ryan Fraser's lofted finish just past the hour mark to keep it at 2-1.

The vice-captain's superb performance was also reinforced statistically as he topped the side for clearances (four), blocks (three) and aerial duels won (100 per cent).

Liverpool's No.11 continued his rich vein of form when facing Bournemouth. He's now scored in all six of his Premier League outings against the Cherries, netting eight goals in total.

The 25th-minute finish past Aaron Ramsdale on Saturday brought about some truly incredible numbers for the two-time Premier League Golden Boot winner.

A century of Premier League appearances for Liverpool has seen Salah find the back of the net on 70 occasions. That's seven more than any other player in their first 100 league outings for the club, with Fernando Torres scoring 63 times within that period.

Meanwhile, the Egyptian became the first Red since Michael Owen to score 20 goals in all competitions for three consecutive seasons.

The Reds will now apply their focus on Champions League matters when Atletico Madrid arrive at Anfield on Wednesday for the second leg of the last-16 tie.

The hosts need to overturn a one-goal deficit, but are hopeful of welcoming Robertson back into the side and having captain Jordan Henderson in contention to feature.

They will also have the backing of a fired-up Anfield, which Klopp praised for their part in the Bournemouth turnaround.

"Now we have three or four days to prepare for another very difficult game in a wonderful stadium with a sensational crowd," he said. "I think that was the best 12.30 performance of our crowd since I was here, I loved it."

Then what's after Atletico? A short trip across Stanley Park for a Merseyside derby at Everton.