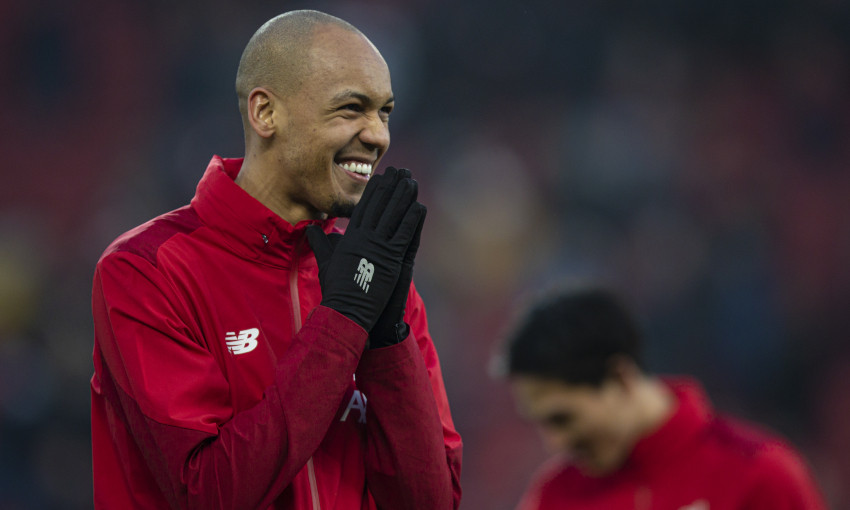 Fabinho wants to use his substitute appearance against Manchester United as a platform to 'get even stronger' as he builds up fitness.

The Liverpool midfielder played the final seven minutes of Sunday’s 2-0 win at Anfield after almost two months out with an ankle injury.

Ahead of Thursday night’s Premier League meeting with Wolverhampton Wanderers, manager Jürgen Klopp spoke of the need for Fabinho to now find rhythm on the pitch.

The No.3 concurred as he expressed his pleasure to be back.

“I really missed the work during the week, being with my teammates and getting on the pitch, feeling the emotions of being part of a game,” Fabinho told Premier League Productions.

“So, I was really happy to get the minutes vs Man United, that was really important for me.

“The injury is better, I’m really confident in my ankle, in my fitness. Of course, with the more minutes I get under my belt, the more time playing, I’ll be able to get back to full fitness and get even stronger.”

Wolves provide the next test, at Molineux this evening, for a Liverpool side that has won 21 of their 22 Premier League fixtures so far this season.

Klopp’s men were made to work extremely hard for the three points in the reverse match at Anfield in late December – which ended 1-0 – and the squad is ready for a similar challenge.

“It’ll be a very difficult game, definitely. We saw when they came to Anfield, it was one of our hardest games this season,” said Fabinho.

“But we’ve had a good amount of time to prepare, we know their team well, we know their strengths, so we’ll prepare and go there looking for the victory.”