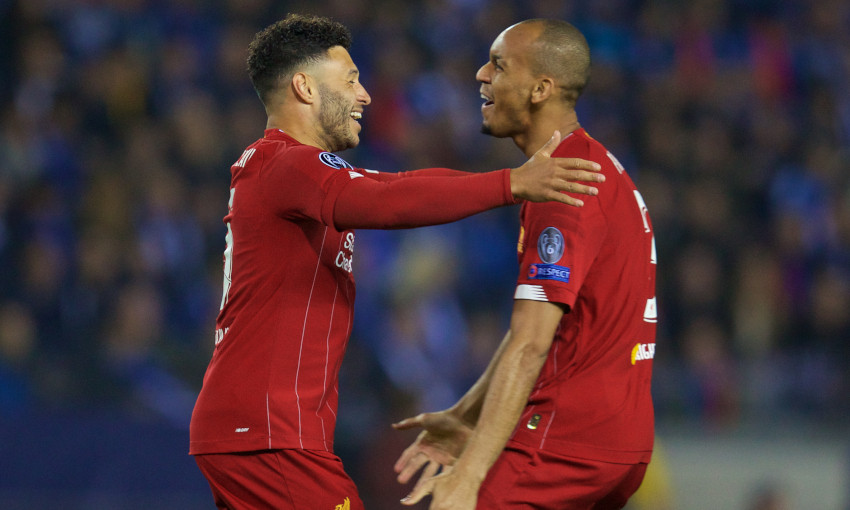 Fabinho has been sidelined since sustaining an ankle injury during the Champions League clash with Napoli in late November but is back in contention ahead of today’s Premier League match against Manchester United.

The No.3 re-joined his teammates in training at Melwood in the build-up to the visit of United and is likely to be in the squad according to manager Jürgen Klopp – much to Oxlade-Chamberlain’s delight.

“It’s a massive lift for us,” Oxlade-Chamberlain told Liverpoolfc.com. “He is a crucial part of this team and he has proved ever since he has been here how good he is.

“Especially at the start of this season, up until unfortunately he got injured, he was absolutely brilliant – really pivotal in our team and our success. And someone that every week you could rely on to put in a really, really good performance.

“You see in glimpses how good he can be going forward; his passing, he often provides chances with balls over the top, the goal against Man City. He can really add in that department. Defensively, he has been brilliant. He’s a massive lift for us.”

Liverpool’s response to the loss of Fabinho has been formidable. Aside from the Carabao Cup quarter-final elimination at Aston Villa, the Reds have won every single match since the Brazilian was ruled out.

“I’m really proud of the team,” continued Oxlade-Chamberlain. “Hendo was playing more of an advanced role and since Fab got injured he has dropped back into that ‘six’ [position] and been unbelievable, as reliable as ever and driving us forward.

“In other moments, you lose a really important player like Fab – or Joel [Matip] in the same case, with Joe [Gomez] coming in – you lose a big player like that and you maybe start seeing a few slip-ups here and there, but the boys have all put in a really good shift, the midfield boys especially.

“We have made sure the loss of Fab didn’t affect us too much. But, of course, it’s a massive boost for us now to have him back.”

Oxlade-Chamberlain’s friendship with the Liverpool captain began during their fledgling international careers and has blossomed since he joined the club back in the summer of 2017.

Not least because becoming teammates has given Oxlade-Chamberlain a chance to see how Henderson inspires those around him. 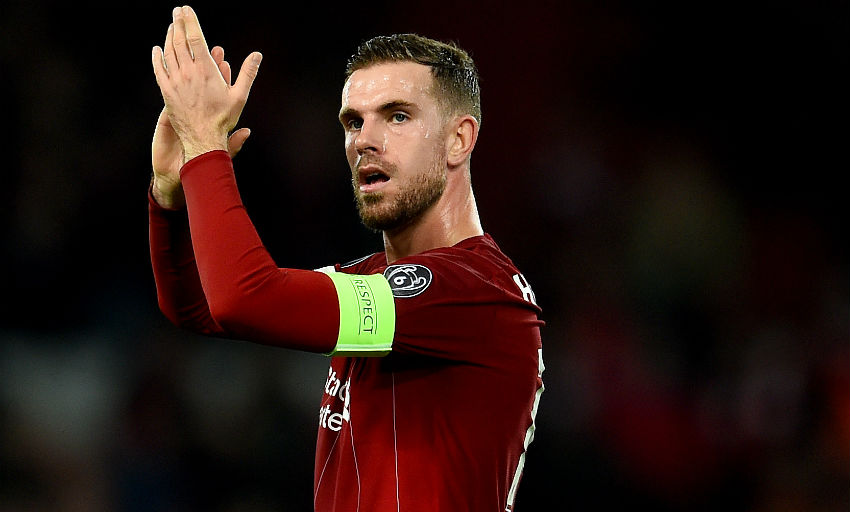 “Striving to achieve more and push – that’s Hendo in a nutshell,” the No.15 said as he offered extensive insight on the skipper’s influence behind the scenes.

“He’s the type of player that is never, ever satisfied – we could be 3-0 up in a game and he’s barking at everyone, shouting orders, or ‘growling’ as he likes to call it.

“He’s just always pushing. He’s pushing himself more than anything and he’s pushing the people around him, the rest of the players. He’s a massive leader off the pitch and, of course, on the pitch.

“He epitomises this group of players and the characters. He’s a great lad to be around, really funny and interacts with everyone; he looks after everyone, from the young players to the new players. He is massively popular with the whole team and the people around the building, the staff.

“On the pitch he leads by example with his work-rate, his dedication, his quality week in, week out. He just completely epitomises what it means to be a Liverpool footballer and what this club stands for.

“He has been great for me ever since I’ve known him, right from England U21s. And since I’ve been here, playing with him as my captain, it’s even clearer to see how important he is, what a good lad he is and how he deserves the success that he’s got recently.

“I think it’s about time that he really gets the accolades that he deserves. It’s for us as a whole team to go on and achieve things but with him leading us there, there’s no-one that deserves it more than him.

“We’ve got to make sure that we stay focused and keep putting in the performances that he demands as a skipper – and we all do – but he’ll be pushing more than anyone for that. And then whatever comes after that, we’ll see.

“He’s a top player, a top captain, a top guy. He sort of is everything that this team is about.”