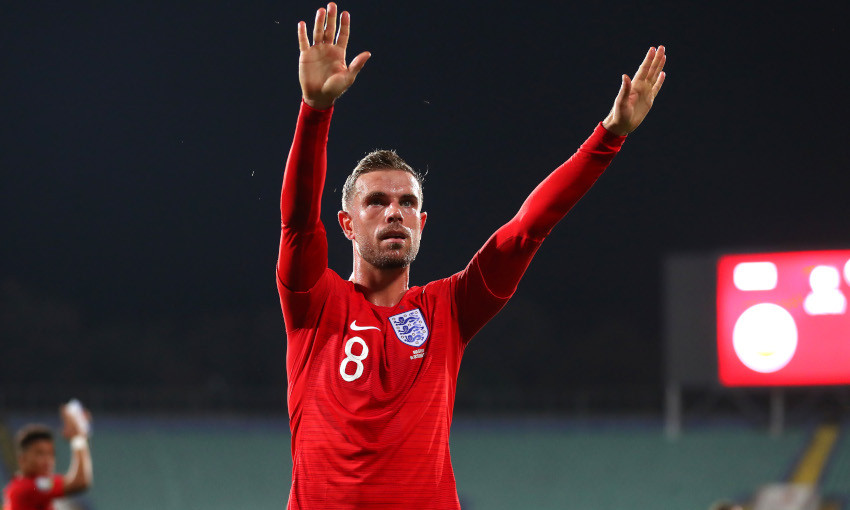 Jordan Henderson has been named as the 2019 BT England Men’s Player of the Year.

The Liverpool captain saw off competition from Raheem Sterling and Harry Kane to claim the accolade.

Henderson represented England on seven occasions during the year, reaching the landmark of 50 caps during a victory in Montenegro last March.

The 29-year-old also helped the Three Lions secure qualification for UEFA Euro 2020 and a third-place finish at the UEFA Nations League.