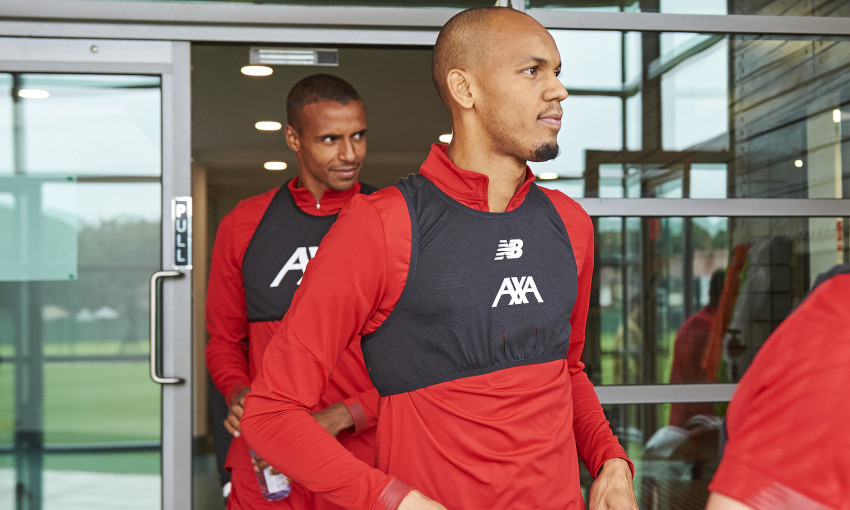 Liverpool are set to be boosted by the returns of Fabinho and Joel Matip when they continue their Premier League campaign at home to Manchester United.

Fabinho has been sidelined since November after sustaining an ankle injury, while Matip has not featured since the reverse meeting with United a month earlier due to a knee issue.

But both trained with the team at Melwood this week and Jürgen Klopp therefore expects them to be available for Sunday’s match at Anfield.

“It looks like Joel and Fabinho [will be back],” said the boss on Friday. “They trained completely normally yesterday and the day before. So that means they are likely to be in the squad.”

The fixture comes too soon for Dejan Lovren, though, with the Reds centre-back due to resume full training on Monday.

Naby Keita and James Milner are also ruled out for the visit of Ole Gunnar Solskjaer’s United, with no timeframe yet placed on comebacks for the midfielders.

Takumi Minamino awaits his Premier League debut after being an unused substitute in last weekend’s 1-0 victory at Tottenham Hotspur.

An 85th-minute equaliser from Adam Lallana salvaged a 1-1 draw for Klopp’s side when they travelled to Old Trafford in October – their only dropped points of the campaign so far.

“We respect them a lot,” said the boss. “They are not only a counter-attacking team – that’s how they played against us.

“We made an analysis and in all the games they played, they had a playing build-up, even against Man City. Against us, it was 80 per cent long build-up. How can we know exactly how they will set up?

“Maybe they found now a specific way to play against Liverpool. But the difference between playing at Old Trafford and playing at Anfield is massive and we want to show that as well.”

For United, Marcus Rashford is a doubt due to the back injury he sustained during Wednesday’s FA Cup tie with Wolverhampton Wanderers.

On the forward’s chances of featuring at Anfield, Solskjaer said on Friday morning: “I can’t tell you now.

“As I said with Harry [Maguire] a few weeks ago, of course we’re going to give him the absolute amount of time to find out.

“We’re going to do some more checks and treatment with him today. Yesterday of course was just a recovery day anyway and some treatment for him.

“I haven’t seen him this morning, but I’m not going to hold my breath. I would probably think that he wouldn’t be ready, but let’s see. There’s still 48 hours, more than that, so let’s see.”

Solskjaer did, however, say that Diogo Dalot is fit again.