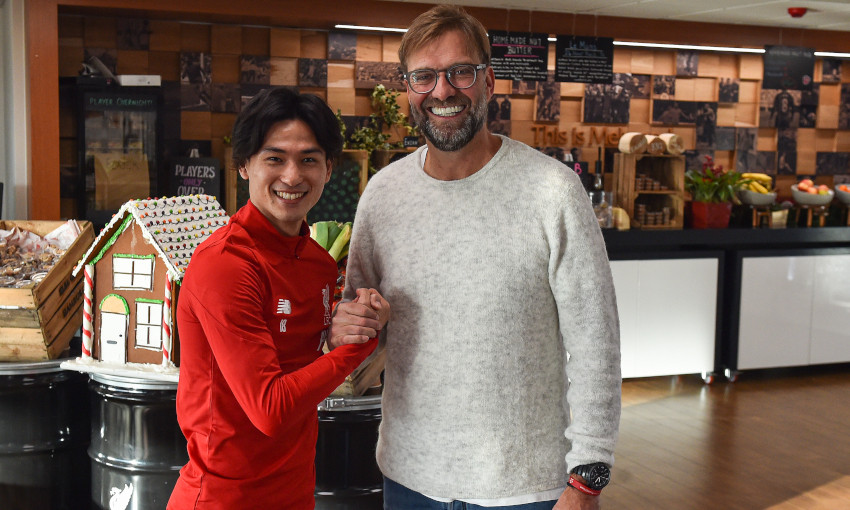 We went behind the scenes with Takumi Minamino as Liverpool's new signing reported to Melwood on Tuesday - and you can see his arrival in our gallery below.

The Japan international will officially become a Liverpool player on January 1 after the Reds agreed a deal with Red Bull Salzburg for his transfer.

But Minamino was at the club's West Derby base on New Year's Eve and met up with Jürgen Klopp and new teammates for the first time, with our cameras granted access to capture his arrival...

Inside Training: Rondos at Melwood ahead of Everton clash

Training gallery: Liverpool gear up for Merseyside derby at Melwood