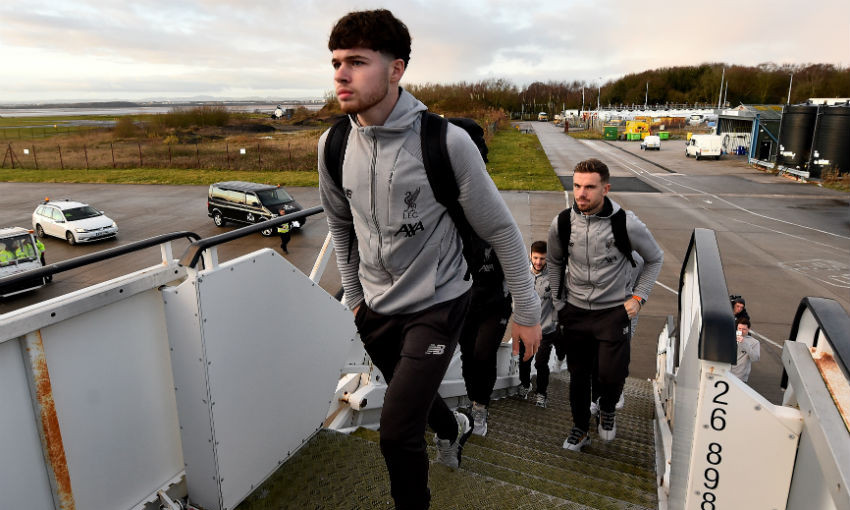 Inside Anfield: Behind the scenes of Liverpool 2-0 Watford

Neco Williams views his inclusion in Liverpool's FIFA Club World Cup squad as a landmark moment in his burgeoning career.

The 18-year-old full-back was part of the 20-man travelling party that arrived in Qatar on Sunday evening for the competition that the Reds are looking to win for the very first time.

Having made one first-team appearance and been on the bench for Saturday's Premier League victory over Watford, Academy graduate Williams is living out his dream.

He told Liverpoolfc.com in Doha: "For sure it's going to be a great experience.

"I was obviously very happy when the squad got announced and I saw my name on there. I see it as a big step up in my career.

"Obviously being with the lads and being on these kind of experiences, coming to Qatar, it's something that any lad from the Academy – who's been there since the age of six, seven – has dreamt of.

"To come here and experience it is just incredible."

Williams' senior debut for the Reds came in the Carabao Cup penalty shootout triumph over Arsenal in October as he brilliantly assisted Divock Origi's injury-time equaliser.

Had he not been a member of Jürgen Klopp's team in the Middle East, the teenager likely would have featured against Aston Villa in Tuesday's quarter-final.

Regardless, the Wales youth international will attempt to battle the three-hour time difference in order to watch the side at Villa Park led by U23s boss Neil Critchley.

Williams continued: "Building up to this moment, I was either going to play in the Villa game, which would have been incredible, or come here, which is obviously incredible as well.

"I'm just grateful for this and it's a great achievement for me.

"I'll try to stay up and watch a bit of the game. Obviously I'll ring the lads, wish them all the best. For them [it's just] to try to get the win for us, do as best as they can and play with no pressure and just win the game.

"I've known all them lads a long time now and for sure they'll put up a great fight. They'll be desperate to win this game and they'll play with all their hearts. I'm looking forward to it."

Neco Williams: That was a special night for all of us

Explained: How Neco Williams' development is helped by a former LFC full-back