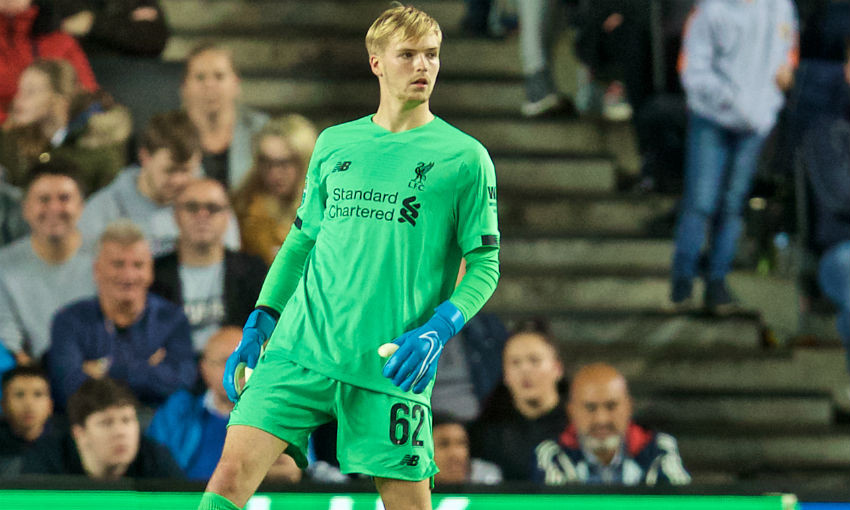 Caoimhin Kelleher may possess a Champions League winner's medal, but it's the Carabao Cup that currently means 'everything' to him because of the first-team opportunities it presents.

The goalkeeper made his competitive debut for Liverpool in the third round last month when he kept a clean sheet away at Milton Keynes Dons.

Now, with Arsenal heading to Anfield to contest for a spot in the quarter-finals of the competition, Kelleher is in line to start the tie.

"It's probably the biggest tournament for us, the young players, because we're getting the opportunity to play," the 20-year-old told Liverpoolfc.com.

"So we just give everything for those games and we want to win so badly. It's everything.

"We saw the draw when it come out and we were all looking forward to it when we saw it was Arsenal, it's at Anfield. It's going to be a big game.

"I've played a few times [at Anfield] with the U23s and stuff. It's been good but obviously it will be a bit different on Wednesday with a bigger crowd. But to get a feel for the place and to play on the pitch, that'll be good."

Kelleher's family travelled over from Ireland and were in the away end as they watched him star at the Stadium MK.

He will have guests in attendance on Wednesday, with the stopper in line to make his senior Anfield bow.

"I've got even more family coming to this one!" the Irishman added. "There'll be a good few there on Wednesday, so that'll be nice as well.

"So when they come over and see me play, it's a lovely experience and hopefully there will be many more in the future.

"It's what I've been working towards the whole time I've been here, just trying to play at Anfield with the first team. To get out there would be an unbelievable experience."

Jürgen Klopp labelled the Republic of Ireland U21 international a 'sensational talent' after his showing at MK Dons, which included a number of eye-catching saves.

Kelleher believes his development has been massively aided by his presence at Melwood and exposure to Alisson Becker.

He continued: "I've been around here for two years now, so I'm used to it. But it's really good. It's such a professional environment and one of the top clubs in the world.

"Just watching all the players every day, what they do every day, how they prepare for games and stuff, it's just helped me so much. It's unreal to be here.

"I'm just trying to learn off [Alisson], watch him every day and just pick stuff off him and Adrian and Lonergan as well.

"I just try and watch every day stuff that he does - whether that'll be technical stuff, like the way he saves shots or how he uses the ball at his feet.

"It's just trying to watch all parts of the game and trying to pick up stuff that I can use as well."