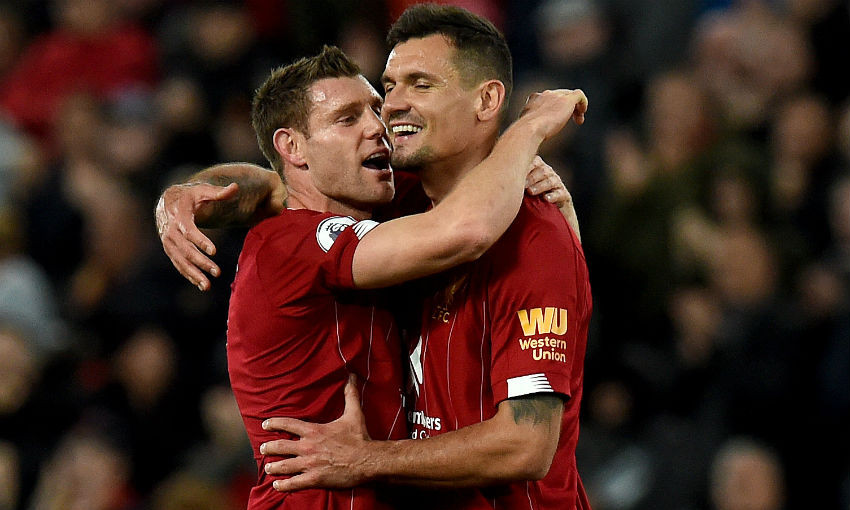 Dejan Lovren declared Liverpool’s victory over Tottenham Hotspur on Sunday as a ‘massive, massive win’ after they came from behind to secure all three points in a pulsating encounter.

The Reds were stunned after just 49 seconds of play at Anfield when Harry Kane stooped to nod in the opening goal after Son Heung-min’s shot had deflected off Lovren and struck the post.

The hosts responded by piling pressure on their opponents’ defence, but could not find a way through before half-time – largely due to an exceptional performance from Spurs goalkeeper Paulo Gazzaniga.

However, Liverpool eventually levelled just seven minutes after the restart, with Jordan Henderson sweeping a Fabinho pass into the bottom corner from close range, before Mohamed Salah’s clinical penalty sealed a well-earned win.

“We knew it would be a tough game, even though they didn’t have brilliant results in the last couple of games,” Lovren told Liverpoolfc.com after the final whistle.

“We knew it would be tough and unfortunately they scored in the first minute, but we kept our nerve, played our game and we had many chances.

“We came in at half-time and the boss said: ‘Usually I never say this, but I am satisfied even though we are 1-0 down. But we need to continue like that and keep our nerve.’

“We knew we would have another chance and we did it. It’s a massive, massive win.”

Henderson’s vital strike was his first for Liverpool since netting at Southampton in April, but his wait for an Anfield goal had stretched back to December 2015.

“I’m happy for Hendo, he deserved that,” stated Lovren. “And, especially for the three points, Sadio – it was a great run from him [to win the penalty].

“Overall, we’re quite happy. Let’s just now recover well, sleep well and eat well because we have a game every three days. So, just be calm with our heads and everything will be OK.”

Liverpool were assisted in their turnaround by a raucous Anfield crowd, who conjured up a lively atmosphere as they willed the team on.

It was a performance that did not go unnoticed on the pitch.

“We have an advantage and that’s our crowd,” said Lovren. “And again, it was brilliant from them – to feel this unbelievable atmosphere.

“Whoever comes here, it will always be tough for them.”

The victory restored Liverpool’s six-point lead at the Premier League summit and maintained their unbeaten start to the 2019-20 top-flight campaign.

Lovren believes the Reds are learning from their experiences year upon year, though insists the squad are not giving any thought to their position in the table with such a long way still to go.

“Let’s say that every season we are smarter and smarter,” said the centre-back. “Definitely we’ve learned from all the years before and what kind of pressure we can play. We are used to it. We did it last year.

“We know what we need to do, but, like I said, let’s not talk six or seven months up front. Let’s go game by game. This is key.”