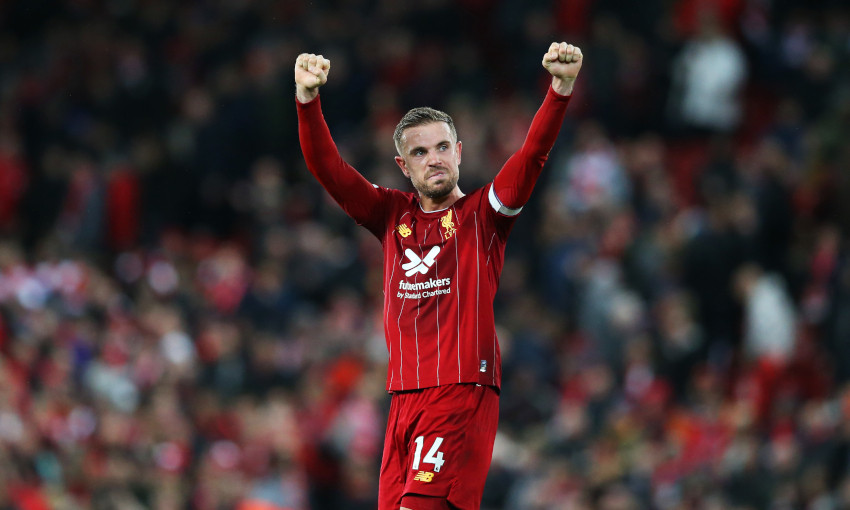 Jordan Henderson hailed a 'big win' for Liverpool after his side came from a goal down to defeat Tottenham Hotspur 2-1 at Anfield.

The Reds trailed within 50 seconds of Sunday’s Premier League showdown as Harry Kane headed in a rebound when Son Heung-min struck the woodwork.

But a determined performance in a high-quality contest eventually paid off, with Henderson levelling the score on 52 minutes and Mohamed Salah sealing victory from the penalty spot. 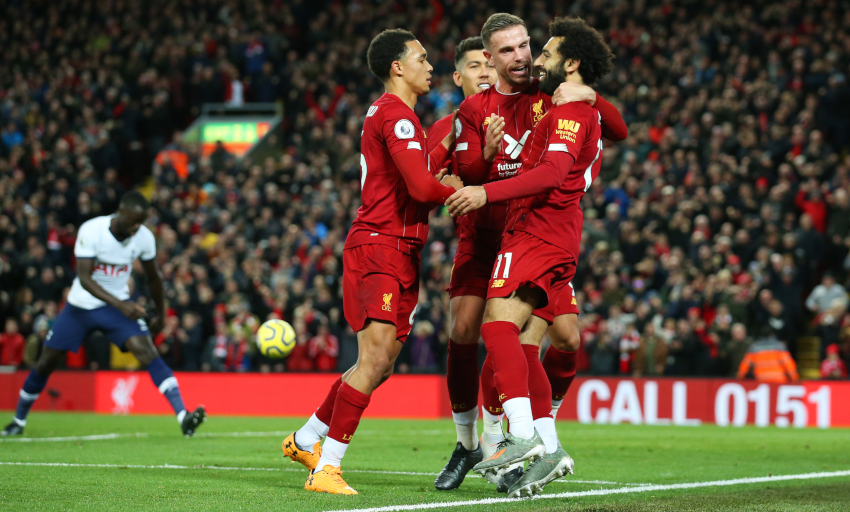 “Amazing,” the captain told Liverpoolfc.com of a result which stretched the team’s unbeaten start to 10 games. “We worked hard for it but deserved it, I thought.

“The performance was good and the chances we created were very good; the ‘keeper made some top saves. We kept going, showed great mentality and deservedly got the three points.

“It’s always nice to score, especially at Anfield in front of the Kop. It was to get us back in the game, which was important.

“I was disappointed with the goal we conceded because I gave the ball away in a sloppy area. I was delighted to react in the right way and manage to get on the scoresheet.

“The performance was brilliant from the lads, we deserved the three points and it’s a big win for us.”

Tottenham arrived at Anfield 13 points behind league leaders Liverpool but with the utmost respect of Jürgen Klopp and his players.

And, just as the hosts expected, the visitors – runners-up in June’s Champions League final – demanded the very best of the Reds.

“We know when they come here they put on good performances, they are good players,” said Henderson.

“They are obviously going through a difficult time at the moment in terms of where they are in the league but they are still a top team and on their day they can beat anybody.

“We knew that, we had to be prepared for that and we were. We kept going right until the end and thankfully, we got the three points.”

Liverpool’s reaction to that first-minute setback was crucial to their comeback, with an intense passage of attacking football before the interval worthy of an equaliser.

It did not come but Henderson was confident a similar showing in the second half, bolstered by the backing of a fervent home atmosphere, could turn things around.

“We looked at one or two things to keep the momentum going, but overall [it was] to keep doing what we had been doing,” he said of the dressing-room discussions at half-time.

“The crowd was unbelievable again and kept us going right until the end – that was important.

“Overall, the performance was really good, it’s great to come back from 1-0 down against a good side in Spurs. We’re delighted. Now we need to recover and focus on the next game.”