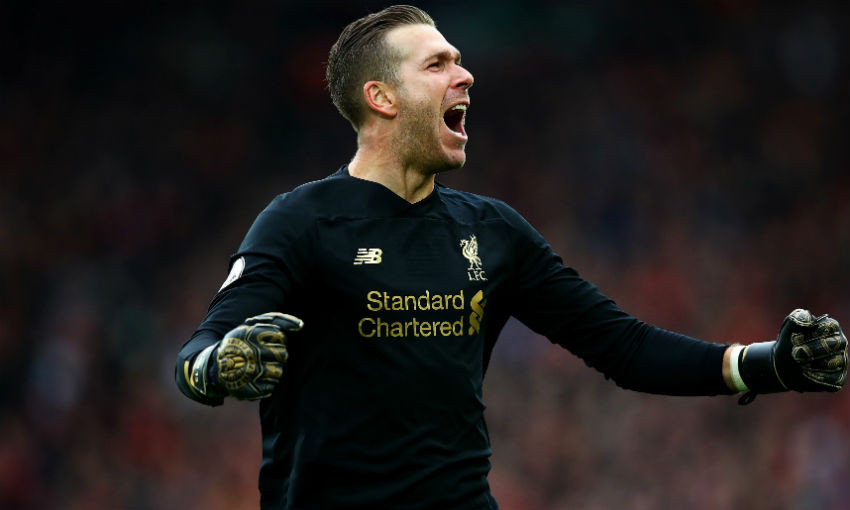 It took Adrian little to no time to become a popular and established member of the Liverpool dressing room, Georginio Wijnaldum has revealed.

The goalkeeper was required to display his talents and personality less than a week into his Reds career as a result of Alisson Becker's injury sustained during the Premier League opener with Norwich City.

The Spaniard has been manning the starting spot ever since, while Alisson works his way back to full fitness.

Great team effort to get 3 massive points & keeping that momentum going 💪🏻🔴 Thanks for your support...Anfield was🔥… https://t.co/ZY9ubnwqZL

"Since the first day he settled quite well," Wijnaldum told Liverpoolfc.com. "He speaks with everyone and he's a good person, everyone talks with him.

"You could see that he was not shy. Normally when players come in they always look, ‘Who can I talk to?' and everything, but he talks with everyone. Before the game, he says what he wants to say.

"Basically since the day he came in he was already one of us."

Adrian's first start for the club saw him emerge as a hero when he saved Tammy Abraham's penalty in a shootout to secure Liverpool the UEFA Super Cup in Istanbul.

But Wijnaldum believes the 32-year-old has also played a significant role in the Reds' 100 per cent start to the domestic campaign.

The Netherlands international continued: "He's done a really good job. If you see the kind of saves he makes, really important saves during the games.

"He also has a big influence on the results we had."