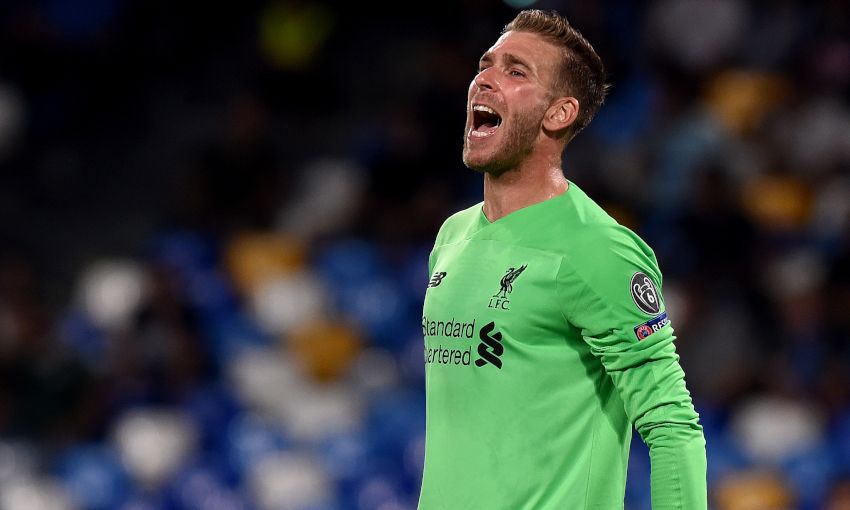 The Reds kicked off their defence of the trophy with a late loss to the Serie A side in Italy, with goals in the 82nd and 92nd minutes clinching the three points.

On his first appearance in the competition, Adrian had previously made several impressive saves in his aim for a clean sheet at Stadio San Paolo.

A sprawling stop to deny Dries Mertens a certain close-range goal in the opening minutes of the second half drew particular praise for the summer signing.

But Adrian could not glean any satisfaction from his personal performance because of the ultimately disappointing outcome for the team.

“It’s my job as a goalkeeper, to try to save all the balls as much as I can and to try to help the team,” the Spaniard told Liverpoolfc.com.

“We knew it was going to be a hard game for us, like last season was. At the end of the game it was small details; the penalty switched the game for them totally and then we lost a bit of shape and conceded the second one.”

Asked to explain his stunning save from Mertens – who later beat Adrian from a disputed penalty to break the deadlock – the No.13 said: “I was trying to cover as much of the goal.

“It was clear he was going to strike with the first touch. I jumped, watching the ball and tried to touch it with any part of my body, in the end I touched it with my right hand.”

The result leaves the European Cup holders with work to do in Group E after Salzburg claimed a 6-2 victory over Genk and joined Napoli on three points.

More immediately, however, the Reds will resume their so far perfect Premier League campaign with a trip to Chelsea to come at the weekend.

“We have to switch our minds now, we have a difficult game against Chelsea away on Sunday. [We have to] learn from the mistakes today and then turn the page.”