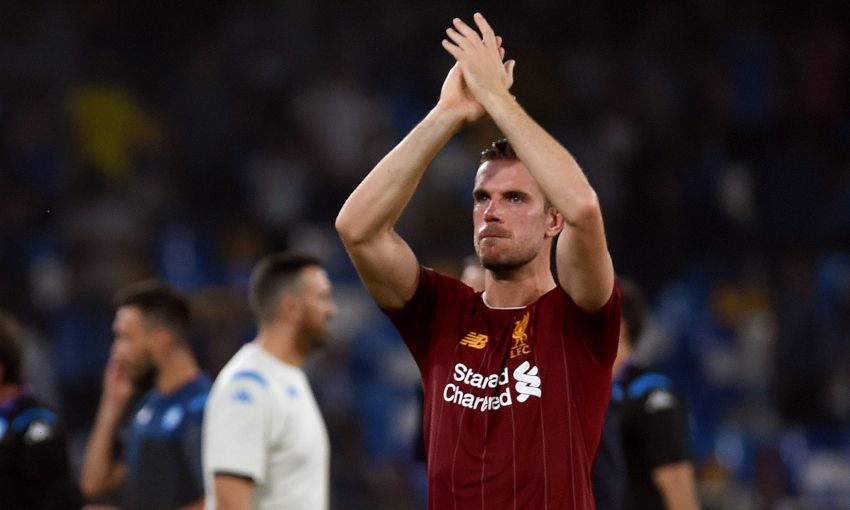 Jordan Henderson accepted there were areas for Liverpool to improve on as they were beaten 2-0 at Napoli but expects the right reaction from his side.

The Reds’ Champions League defence began with a loss against the Serie A team after late goals from Dries Mertens, via the penalty spot, and Fernando Llorente.

Jürgen Klopp’s men had opportunities of their own at Stadio San Paolo and Henderson rued the ‘final bit’ lacking for Liverpool to take something from the tie.

The captain said the players will identify the improvements required and look to bounce back quickly, with Chelsea next up in the Premier League.

“I felt we played some good stuff, it was just the final bit I felt we were missing today,” he told BT Sport after the final whistle.

“At home Napoli are a good side and they are going to create some good chances. You’ve got to be prepared to defend as a team, which I felt we did.

“We won some great balls in midfield and counter-attacked really well, but it was just that last little bit – and obviously the mistakes for the goals – that we need to improve on.

“Overall, we can be better of course. We’ll take responsibility, we’ll move forward and try to react in the right way.”