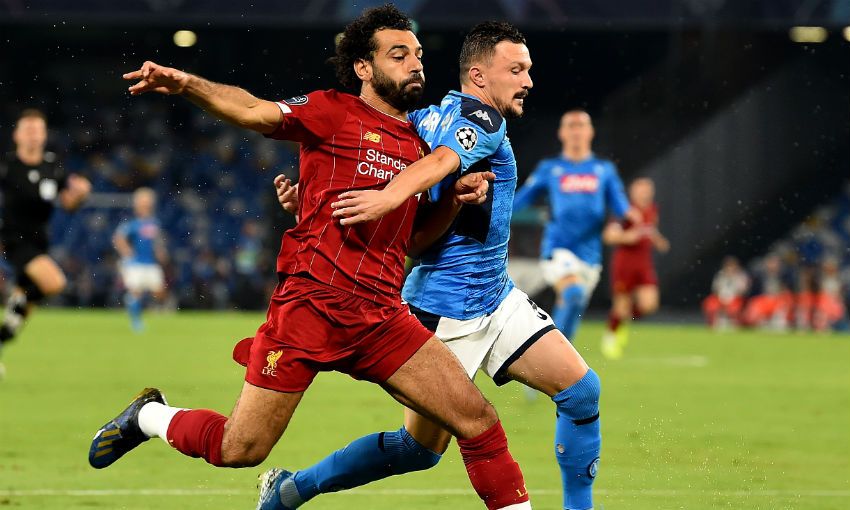 Liverpool began the defence of their Champions League trophy with a 2-0 defeat at Napoli on Tuesday evening.

The Reds came closest to scoring a minute prior to half-time through Roberto Firmino's header as goalkeeper Adrian produced a string of excellent saves throughout the match.

Jürgen Klopp's side will now look to respond in the competition when they welcome Salzburg to Anfield on October 2.

Andy Robertson overcame a minor knock to start the game as Klopp made three changes, with Firmino, Jordan Henderson and James Milner all starting.

Backed by a noisy crowd, Napoli came close to breaking the deadlock after seven minutes, but they were denied by a brilliant double save from Adrian.

The Spaniard was quickly down low to his right to palm away back-to-back powerful efforts from Fabian Ruiz. Hirving Lozano nodded in the rebound from the second, but was correctly flagged for offside. Virgil van Dijk was then alert to clear Ruiz's threatening pull-back across goal.

Liverpool, though, looked particularly threatening on the counter-attack with their pace in the final third. 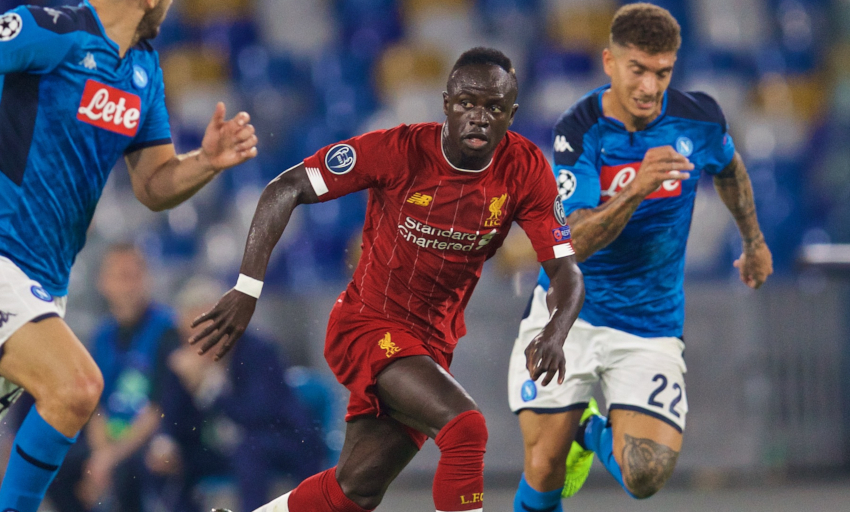 A clipped ball from Fabinho gave Sadio Mane a sighting of goal as his drilled shot was diverted for a corner by Napoli stopper Alex Meret. James Milner then fired over to kick-start an encouraging spell of pressure for the visitors.

The Reds very nearly punished the hosts with a rapid counter. After a Napoli corner was cleared, Mane cleverly slipped in the advancing Milner, who spotted Salah waiting free at the far post. However, the No.7's pass across goal was cut out just in the nick of time by Kostas Manolas.

From the resulting corner, Firmino glanced a header agonisingly wide to close out an absorbing first half.

Once again, a half started with a terrific save from Adrian. Mertens found space at the back post and volleyed Mario Rui's cross towards goal from a tight angle.

But Adrian managed to shuffle across and somehow tip the ball over the crossbar with an outstretched right hand that ensured his side remained on level terms.

The fast-paced tempo to the encounter continued well after the break. In the 65th minute, it was the turn of the opposing goalkeeper to produce a fine stop.

Salah pounced on Manolas' botched clearance and his effort from the left-hand side of the box looked to be heading into the far corner of the net until Meret's intervention. 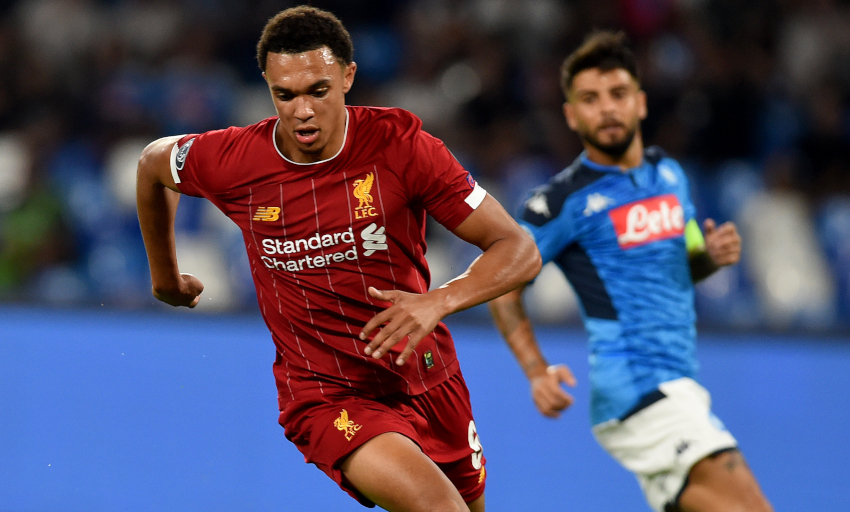 The Napoli No.1 was called into action again less than 10 minutes later when a good one-two between Firmino and Mane allowed the latter to get a shot away at goal.

But like last season's trip to Naples, there was to be some drama late on. Robertson was adjudged to have tripped Jose Callejon inside the 18-yard box, with referee Felix Brych subsequently pointing to the spot.

Adrian managed to get something on Mertens' spot-kick but could not keep it out.

Liverpool were unable to find a late equaliser and conceded a second when substitute Llorente pounced on a loose ball before slotting home.