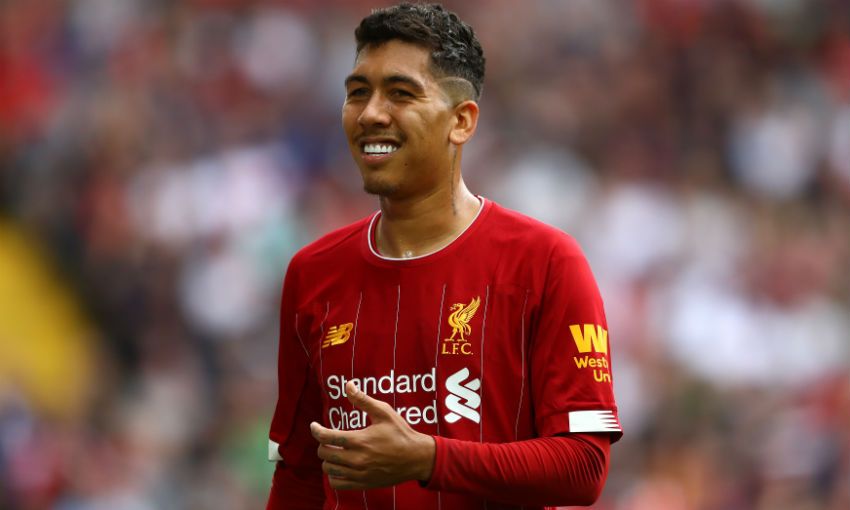 Roberto Firmino’s ‘phenomenal’ display against Newcastle United tempted Jürgen Klopp to join in with Anfield’s frequent serenading of Liverpool’s No.9.

After replacing the injured Divock Origi in the first half on Saturday, Firmino produced a virtuosic performance that helped drive his team to a come-from-behind 3-1 victory over the Magpies.

The Brazilian provided two assists, the second of which comprised a wondrous flick into Mohamed Salah’s path, as the Reds made it five wins from five Premier League games this season.

The home crowd voiced their appreciation of Firmino’s input by giving the ‘Si Senor’ chant regular airings - and Klopp joked post-match that he was almost cajoled into a singalong, too.

“I was close to singing it!” the boss told Liverpoolfc.com with a smile.

“No, it was really good. We knew that he could play, it’s not about that, it’s just that he had the trip he had. They [Firmino and fellow Brazil international Fabinho] were in Miami and LA and arrived on Thursday morning after playing Tuesday night. It’s really difficult to judge these situations and that’s why we made the decision.

“It was the right decision and we had changed in the game already because Div was a bit too wide, Mo was a bit too wide, Sadio, he can play that position as good as anybody, but we decided to change because we wanted Sad a bit more flexible [and] coming from the wing inside.

“Then Div unfortunately showed up that he cannot carry on and hopefully that’s not too serious, to be honest. It didn’t happen in that situation when he went down, it was early, very early in the game on the sideline I think. So that he could carry on makes me hope it’s not too serious.

“But of course, what Bobby did then on the pitch: phenomenal! Nice game!”