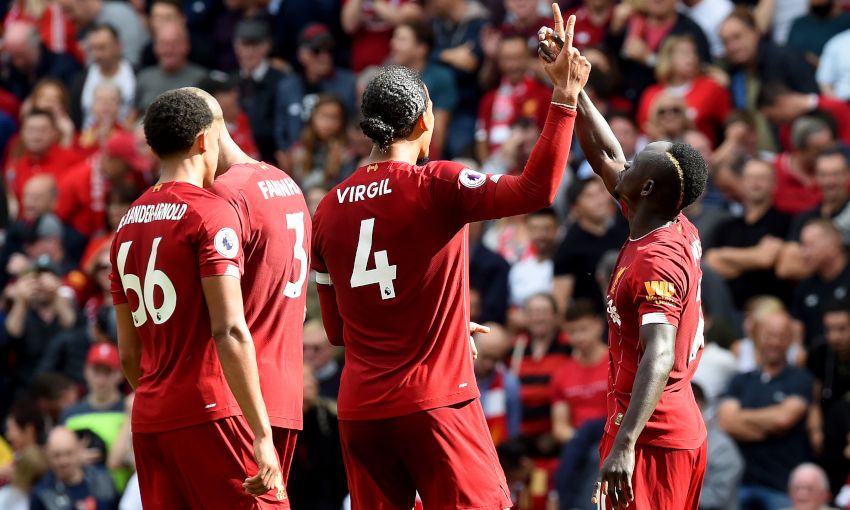 Liverpool made it five wins out of five in the Premier League this season with a 3-1 comeback victory against Newcastle United at Anfield.

Here are five talking points on the Reds’ return to action…

Jetro Willems’ seventh-minute thunderbolt for Newcastle, a shock that cut through the sun-drenched Liverpool optimism at kick-off, put the hosts in a rare position.

Not since their trip to Southampton in early April had Jürgen Klopp’s side trailed in a Premier League game, their active winning run in the division – now at 14 matches – being largely based on getting in front and staying there.

They produced the requisite response, however. 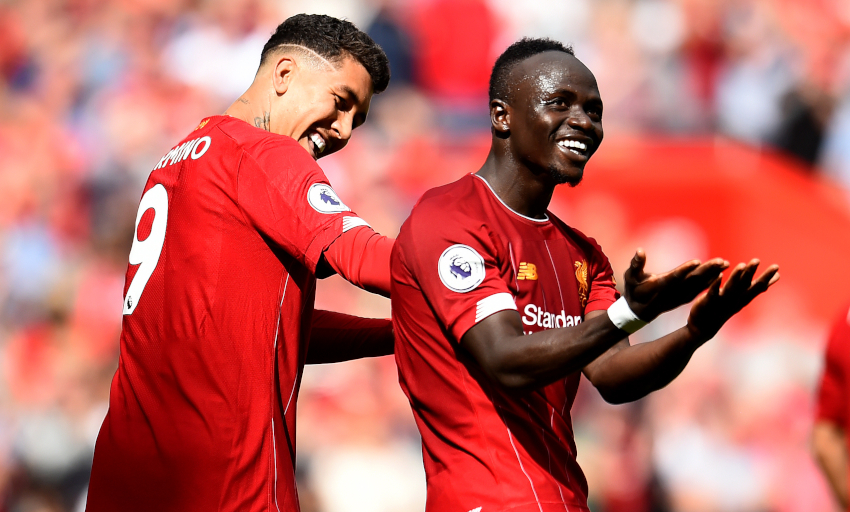 Three minutes after a passionate rallying cry on the touchline from the manager, Mane levelled, and by half-time the European champions were ahead.

Salah’s flawless one-two and finish midway through the second half sealed the turnaround and ensured no nervy ending for the Premier League leaders.

Did it feel like you have seen Mane’s first goal before?

The No.10’s sumptuous curler high into the roof of the Kop-end net echoed his efforts against Southampton and Chelsea, in the UEFA Super Cup, last month in its ruthless accuracy and power.

Collecting Andy Robertson’s tee-up with a defender in close proximity, Mane maximised the limited time and space he had to produce a stunning finish.

The unstoppable Senegal international has now scored 12 times in his last 10 Premier League appearances at Anfield.

“Bobby is probably ready,” said the boss before kick-off as he explained his decision to deploy Divock Origi instead of Firmino, who had been away with Brazil in the United States during the international break.

Fate put Klopp’s theory to the test 10 minutes before the interval as Origi was forced off with an injury and Firmino entered the action.

A virtuoso cameo ensured the answer was, ‘Si, señor’.

Within moments of taking to the turf, the No.9 had dispatched a through pass toward Mane’s run into the box which brought the Reds’ second goal of the afternoon.

But it was his complex footwork to create Salah’s match-settling strike in the second half that truly earned the acclaim of the Anfield crowd – and rightly so.

Only Bournemouth pair Callum Wilson and Ryan Fraser have combined for more Premier League goals (14) than Firmino and Salah (13) since the beginning of 2017-18.

At his pre-match press conference, Klopp insisted Liverpool’s ongoing unbeaten Premier League record at Anfield is not a consideration for the staff and players – other than to extend it for as long as they can.

They achieved that here, increasing the streak to 43 matches with their 33rd victory of a run that began back in May 2017.

Such is the Reds’ outstanding form on home soil, the likes of Robertson, Virgil van Dijk, Fabinho, Alex Oxlade-Chamberlain and Salah have never lost a Premier League game at the stadium since signing for the club.

Mane, meanwhile, boasts the PL record for the most appearances at one ground without defeat – 50 matches with Liverpool and one for Southampton at Anfield.

One down, six to come

A tricky run of fixtures between the September and October international breaks sees Liverpool play seven times in three competitions.

In addition to their Premier League bread and butter, the Reds begin the defence of their Champions League trophy in Naples on Tuesday and enter the Carabao Cup later this month too.

“We have to make sure we can win as many games as possible because all of them feel like finals,” said Klopp as he collected the August Manager of the Month award on Friday.

“You start now against Newcastle, then we go to Napoli and then we go to Chelsea. They are things which could be tiring but when you win football games, they are not – and that’s what we try.”