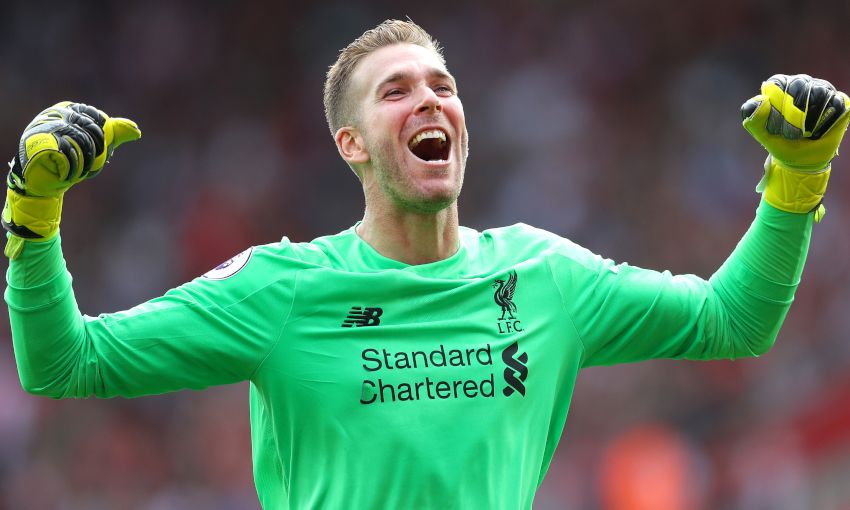 Adrian knows the personal and collective value of a clean sheet in this evening's Premier League clash with Burnley.

The Liverpool goalkeeper has had an eventful start to his career with the club since sealing a free transfer move at the beginning of August.

After an unexpected debut at Anfield within days of his arrival, the Spaniard made key contributions to the Reds’ UEFA Super Cup success and then sustained a freak injury in the celebrations that followed.

With Alisson Becker sidelined by injury, Adrian continued in goal for the subsequent league wins against Southampton and Arsenal.

One thing missing, however, is a clean sheet.

And the No.13 is eager to register his first shutout at Turf Moor today, not least because it would go a long way to help Liverpool clinch another victory.

“A clean sheet for the ‘keeper and the defenders means a lot,” said Adrian.

“Obviously we want to win the three points, that’s the most important [thing]. But the second-most important thing is to keep a clean sheet. We didn’t get it at the moment.

“We are improving game by game. The last game against Arsenal we did really well, we played 70 to 75 minutes at great intensity so Arsenal didn’t have any chance to win the game.

“We go to a different kind of game at Burnley’s pitch; a different size and a different style of play of them. But we are preparing well for the game and we go there to get three points – and hopefully to get the first clean sheet.”