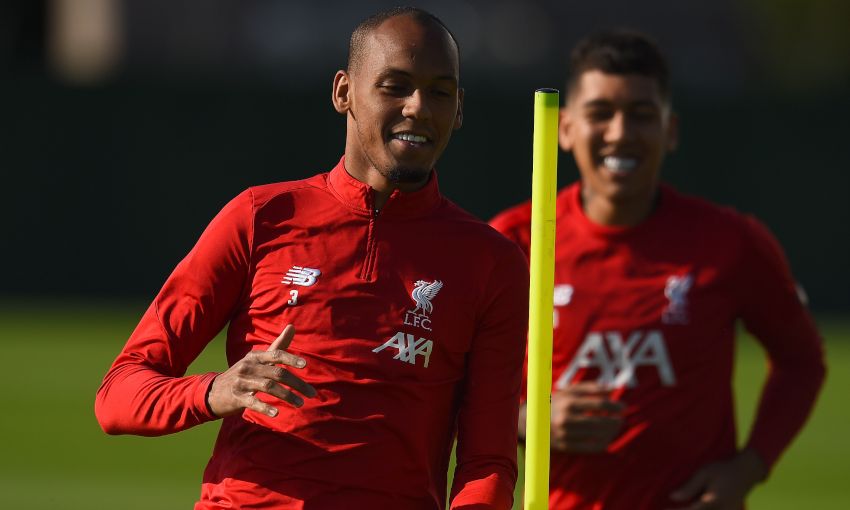 Jürgen Klopp is planning only 'really small changes' to his team for Liverpool's Premier League meeting with Burnley on Saturday.

The Reds maintained their 100 per cent start to the campaign by beating Arsenal 3-1 at Anfield last weekend and have since had a full week's training to prepare for the trip to Turf Moor.

That combination of circumstances means the manager is unlikely to make significant alterations for their next outing, explained Klopp at his pre-match press conference.

"There is no reason for resting players in the moment," he said on Friday.

"It is about finding rhythm, finding the mood again, that we do the right things in the right moment. It is not the moment for a lot of changes.

"After this international break, that will change completely of course. In the moment, the defensive set-up or whatever, as always, it is about who is in the best shape.

"We have had a full week to train and when the boys won the last game and then showed me that they are still in their best possible shape, then we will only think about a couple of really small changes."

Alisson Becker remains unavailable due to the calf injury he sustained earlier this month, while the game is likely to come too soon for Naby Keita, who the manager suggested last week would be out for 'a couple of weeks'.

Nathaniel Clyne is a long-term absentee for the Reds.

For Burnley, Johann Berg Gudmundsson is unlikely to feature due to a calf injury.

Sean Dyche made 10 changes to his starting line-up from last weekend's draw at Wolverhampton Wanderers for Wednesday's Carabao Cup second-round meeting with Sunderland, a tie the Clarets lost 3-1.

Speaking to the media on Thursday, the Burnley boss said: "First of all, the start has been positive, especially in our performances.

"Decent points, four points with the games we've had is a decent return. We were so close to having six, of course.