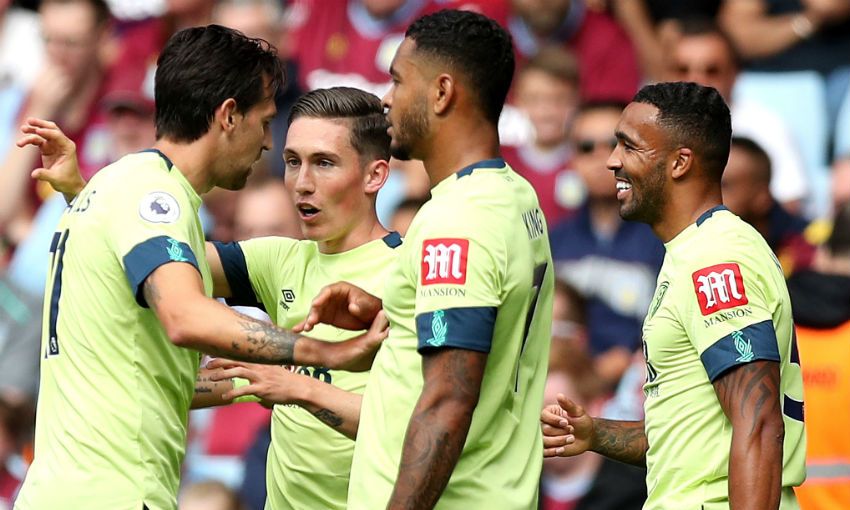 Harry Wilson and Marko Grujic were both on the scoresheet during their fixtures on the weekend.

Wilson marked his Premier League debut by scoring a trademark long-range effort for Bournemouth in their 2-1 victory at Aston Villa on Saturday.

“I loved it. It’s what I’ve been working towards," the Welshman told afcbTV afterwards. “I have had a lot of minutes in the Championship and internationally but never in the Prem.

“I was delighted to get my first minutes, thankful to the manager for picking me from the start and I enjoyed it.

“I just wanted to get out there, get on the ball, try to create stuff and I felt I did that."

Grujic's second spell in the Bundesliga with Hertha BSC got off to a promising start as the midfielder scored at the Allianz Arena in a 2-2 draw with Bayern Munich on Friday night.

Elsewhere in Germany, Nathaniel Phillips was on the winning side when he appeared as a second-half substitute in Stuttgart's 2-1 victory over St. Pauli on Saturday. Taiwo Awoniyi played a handful of minutes in Mainz's defeat at Freiburg.

In Scotland, Sheyi Ojo scored Rangers' second in the second leg of their Europa League third-round qualifier with FC Midtjylland on Thursday.

Liam Millar recorded an assist in extra-time to help Kilmarnock beat Hamilton Academical in the second round of the Scottish League Cup on Saturday.

But there were defeats for Kamil Grabara's Huddersfield Town and an Oxford United team featuring Ben Woodburn.

Allan Rodrigues de Souza, who has been called up for Brazil's Olympic Selection, played the entirety of Fluminense's 1-0 defeat to CS Alagoano on Sunday.