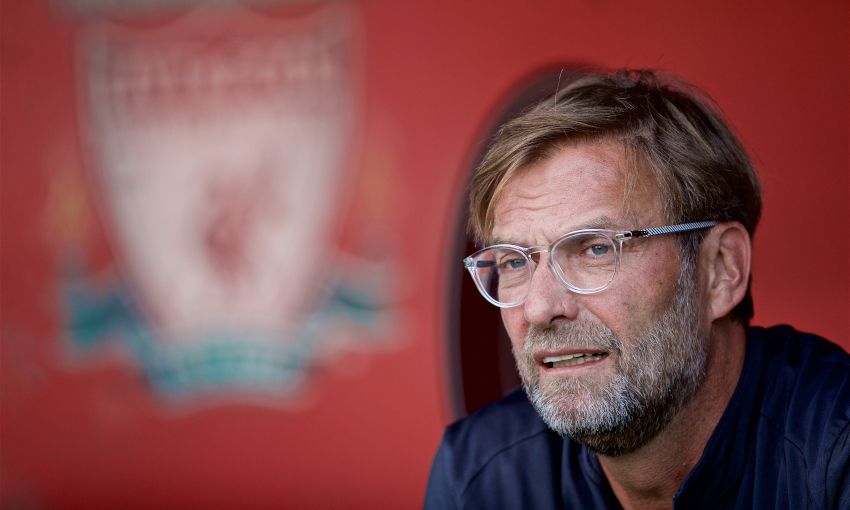 Liverpool will make a late call on Adrian's availability for Saturday's Premier League clash with Southampton but Naby Keita has been ruled out.

Jürgen Klopp revealed news of an injury to Adrian during his pre-match press conference on Friday.

The Spaniard sustained the freak issue amid the celebrations following the Reds’ UEFA Super Cup triumph in Istanbul in midweek, which were prompted by the goalkeeper’s decisive save in the penalty shootout against Chelsea.

Klopp explained a decision will be taken on the morning of the game whether Adrian can face Saints, though the No.13 himself is hopeful about recovering in time to play.

“Today I feel much better,” he told Liverpoolfc.com on Friday afternoon.

“I think I have many chances. I feel mentally ready and I also hope today with the treatment of the ankle it’s going to be much better. But I’m very optimistic.”

Keita, however, is still sidelined due to the muscle strain in the hip area he picked up in training on the eve of the Super Cup final.

“We don’t know exactly how long it will take. But he’s not available,” said Klopp.

Alisson Becker (calf) and Nathaniel Clyne (ACL) remain out of action for the Reds.

Saints boss Ralph Hasenhuttl reported no injury concerns for his team, whose season began with a 3-0 defeat at Burnley last weekend.

The south coast side have also welcomed centre-back Kevin Danso into the squad after he sealed a loan move from Augsburg earlier this month.

Danny Ings could feature against the Reds for the first time since joining Southampton, his switch having become permanent during the summer.

“We tried to push the [Burnley] game away at the beginning of the week, cancelled the day off, tried to analyse and work in our minds that from Tuesday on we can focus on the new game,” said Hasenhuttl at his pre-match press conference on Thursday.

“The challenge is big enough so it’s useful to take all the energy we have and focus on this game.

“So far we have not [got any injury problems]. We have worked very hard in the last two days. Today we had a lighter session, they were a little bit tired today because we have worked hard but no injuries so far.”