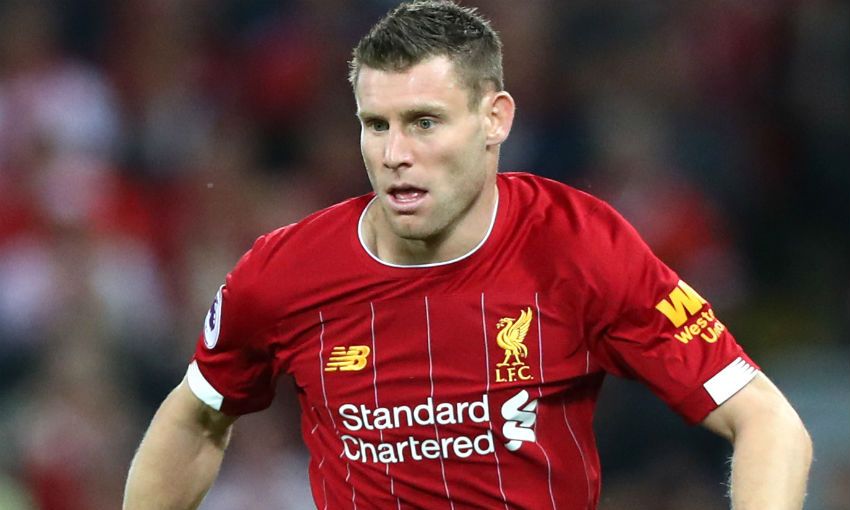 The European champions will take on Chelsea in Istanbul this week in the annual fixture between the holders of the Champions League and Europa League trophies.

And Reds vice-captain Milner believes victory at Besiktas Park would represent another step forward in the ongoing development of Jürgen Klopp’s side, who got their Premier League season up and running with a comprehensive 4-1 win over Norwich City last Friday.

“I think [it’s] very important - I think you want to get in[to] that habit of winning trophies,” the midfielder told UEFA.

“I think the Super Cup’s a special trophy to win because you’ve got to win a big trophy to get there as well, so I think it’s important.

“I think it’s a good way to start the season if you can win a trophy and it’s more silverware for the club if you can do that.”

Familiar opposition lie in wait for Liverpool in Turkey, of course, just as when Tottenham Hotspur stood in their path in the Champions League final.

Milner expects both the Reds and Chelsea to ‘click in’ for the contest, despite the fact it will take place with the new campaign still in its embryonic stages.

“We know it’ll be a tough game and two good teams, early in the season which is never easy as well,” the No.7 said.

“Obviously there’s been a lot of players away from both teams in various tournaments in the summer, so it’s always a tough time of the season with players at different stages of their fitness and [having had] different [amounts of] time-off and things like that, but it’s the sort of game where everyone will click in straight away and be ready for it.

“And at that level, no matter how long you’ve had off, just because of what a good game it’ll be to play [in] and [it’s] a chance to win silverware and [there will be] a great atmosphere as well.

“It’s important to get a good start to the season and there’s nothing better than winning a game like that.”