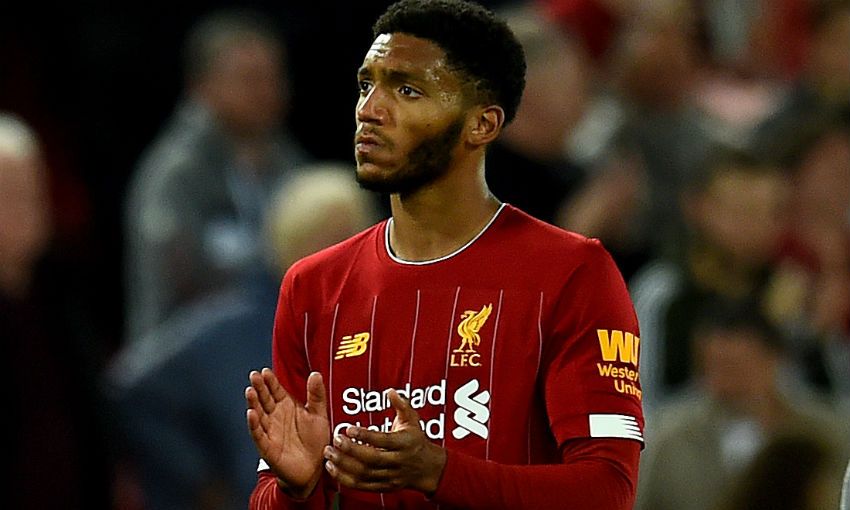 Joe Gomez’s hunger for silverware is yet to be sated this season – and the Liverpool defender is keen to change that fact by lifting the UEFA Super Cup on Wednesday.

The Reds travel to Istanbul this week as European champions, with a game against Europa League holders Chelsea awaiting at Besiktas Park.

A penalty shootout defeat to Manchester City denied Jürgen Klopp’s side the chance to win the FA Community Shield eight days ago, although their response to that setback was impressive.

Liverpool head to Turkey on the back of Friday’s 4-1 victory over Norwich City in their opening Premier League fixture of 2019-20 – and Gomez is determined to return home with the Super Cup in tow.

“I think [the Community Shield] would have been nice but we lost the way we did, which was unfortunate,” the England international told Liverpoolfc.com.

“I think now that just made us even hungrier to get our hands on a piece of silverware again. I think that's going to be our aim this year, just to get as much silverware as possible.

“Hopefully we can do it, but it's obviously against a tough side and we know it won't be easy. We're looking forward to it.”

The Reds’ participation in the Community Shield and Super Cup matches is, of course, a by-product of last term’s achievements that increases the early-season workload of Klopp’s players.

Gomez, though, insists the extra games are welcome when trophies are up for grabs.

“Playing in finals and for silverware is what you aim for throughout the whole season,” the No.12 explained.

“To have the opportunity is obviously what we want to be here for. It's [the start of the campaign] a bit more strenuous than usual, but it's why we're here and it's our aim. We're all enjoying it and soaking it up.”

Liverpool’s status as continental champions may make them ‘the team to beat’ in the eyes of all opponents this campaign, but Gomez does not foresee a scenario in which other teams will out-work the Reds.

“There's still so much more to do and to surpass what we did last season. I think the main thing is that our mindset is in the right place and whatever is said after that is not up to us.”

Just like in Madrid back in June, a fellow Premier League side stand in the way of Liverpool’s European ambitions this week.

Gomez continued: “I suppose you go into the game familiar of who you're playing. But at the same time, every season is new, they've got a new manager, different players.

“I don't think we can just rely on what we faced in the past. We have to see it as a new game and a new challenge.

“It's obviously strange playing them abroad, but I think every game is different and we'll go out there with a desire to win. That's all we can do.”