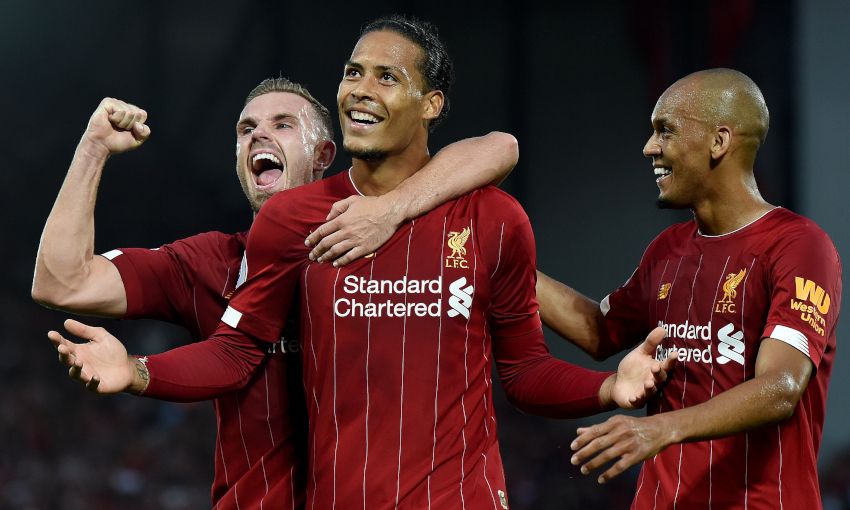 Liverpool made a powerful start to their Premier League season with a 4-1 victory over Norwich City at Anfield on Friday night.

Mohamed Salah, Virgil van Dijk and Divock Origi added to a Grant Hanley own goal to see the Reds set the earliest pace in the opening fixture of 2019-20 despite a Teemu Pukki response in the second half.

Ten weeks after Origi slammed in a finish that ensured Liverpool would be European champions, the Belgian played a big part in the beginning of a fresh chapter for the club.

It was his direct play that forced Hanley’s own goal with only seven minutes gone at Anfield and, though the Canaries threatened on several occasions themselves in the first half, the breakthrough allowed the Reds to race into an unassailable lead.

Salah and Origi opened their accounts for the season at the first opportunity – the latter on his 100th Liverpool appearance – either side of a Van Dijk effort during a confident period of football.

Pukki’s neatly-taken consolation for Norwich after the interval denied Jürgen Klopp’s team a clean sheet but could not take the shine off a strong opening to the campaign.

Liverpool’s No.11 maintained a quirky record with his typically clinical strike on 19 minutes.

Salah has netted in each of his five Premier League appearances on a Friday – a total of six goals – to hold the best 100 per cent record of scoring on a particular day of the week by any player in the division’s history.

The two-time Golden Boot winner has made a habit of punishing newly-promoted sides, with his assist for Van Dijk’s header his 14th goal involvement in the last 12 league appearances against such opponents.

Salah has notched against 21 of the 23 different teams he has faced in the Premier League with Liverpool – only Manchester United and Swansea City have thwarted the Egyptian. 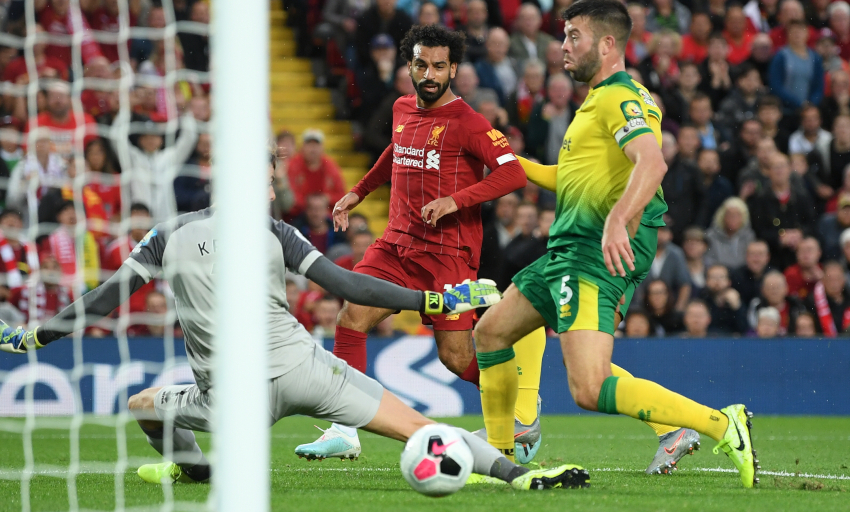 The man who lifted the club’s sixth European Cup in Madrid in June was greeted in fitting fashion as Jordan Henderson’s chant rippled across the Kop with relish.

Those renditions were acknowledgement of an energetic and impactful performance by the captain, too, from his station on the right-hand side of Klopp’s midfield three.

The No.14, now at the beginning of his fifth term as Reds skipper and ninth overall with the club, was particularly influential throughout the rush of first-half goals that banked three points.

“The focus for this season [is] – on to the next one,” he had stressed in his programme notes. “But for us that mantra isn’t about just European nights or trophies and titles in general, it’s about each and every match we play.”

Just four days after his free transfer to Liverpool was announced and Adrian met his new teammates at Melwood, the goalkeeper was thrust into a debut as a substitute.

Alisson Becker pulled up with an injury when taking a goal-kick 10 minutes before the interval and was unable to continue, prompting an enforced change for Klopp.

And that meant an immediate opportunity for Spanish stopper Adrian, who had spent the previous six seasons with West Ham United in the Premier League. 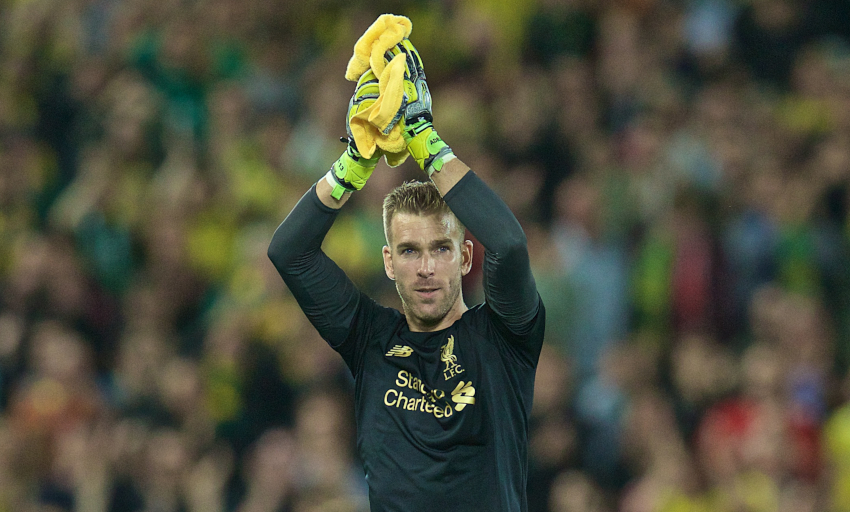 “I hope I have a great relationship with the fans in the first second that I step forward in Anfield. I’m looking forward to it,” he said on Monday of the prospect of representing his new club in L4 for the first time.

And though beaten by Pukki’s low shot midway through the second half, it was a landmark occasion for the 32-year-old.

Liverpool were given a helping hand to open the scoring at Anfield when Hanley skewed Origi’s driven cross from the left past his own goalkeeper.

But the newly-extended record the Reds achieved by building and preserving that lead in the remainder of the encounter has been all of their own making.

Klopp’s side are now unbeaten in the past 57 Premier League matches in which they have scored first, winning 48 and drawing nine.

This was, however, the first time Liverpool have scored three goals within the opening half-hour of a league game since the 5-1 win over Arsenal in February 2014.