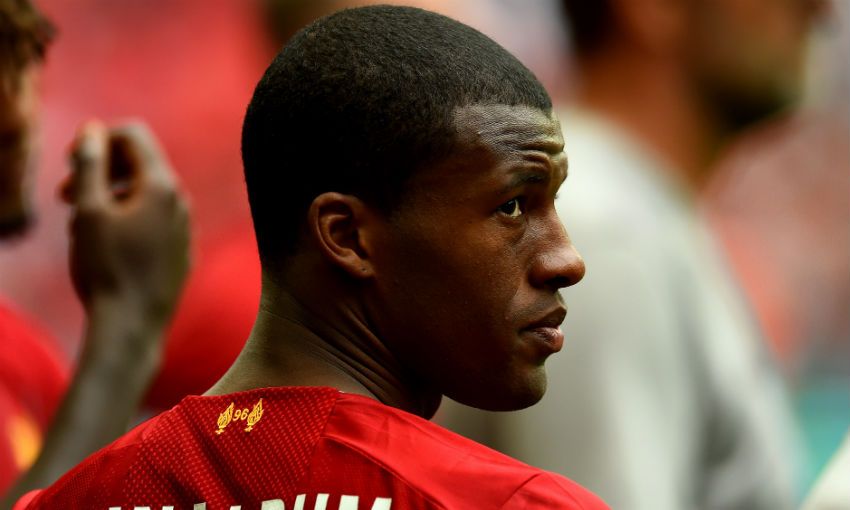 Georginio Wijnaldum knows Liverpool will be required to hit the ground running in the Premier League this term as they try to build on last season's display.

Sadio Mane's return to Melwood on Monday means Jürgen Klopp has all of his players back from their summer breaks ahead of Friday night's opener with Norwich City at Anfield.

Mane jokes with Robbo on return to Melwood

After an extended 2018-19 due to the Champions League final and international commitments, Wijnaldum admits the Reds' sole focus in the early stages of the new campaign may be a case of putting points on the board, instead of dazzling with performances.

Speaking to Liverpoolfc.com at Melwood, the midfielder said: "I think it’s like that every season.

"You just have to collect as much points as possible, especially in the beginning, and try to build a team who will be even better at the end of the season.

"It was, of course, difficult to prepare a team because not all of the players were back at pre-season.

"That’s the situation we had to deal with and maybe next season will be the same, so we just made the best of it.

"Now everyone is back, we can build and try and do even better than last season. Basically it starts now because now we have the whole team together.

"But the Premier League and all those other games don’t wait until you have your squad together, so we have to perform.

"We are really excited. We had a good pre-season, it was really hard and tough but we are looking forward to the Premier League."

Wijnaldum believes he and his teammates enter 2019-20 as the team to beat due to their status as champions of Europe, with Norwich arriving on Merseyside back in the top flight after a three-season absence.

"I am expecting a really tough game," the No.5 continued. "If I’m honest, I expect that from every opponent because everyone wants to win against Liverpool now because of the success we had last season.

"So if we are not at 100 per cent and don’t give everything that we have, it will be even harder than it used to be. What we have to do is just work hard and try to perform."