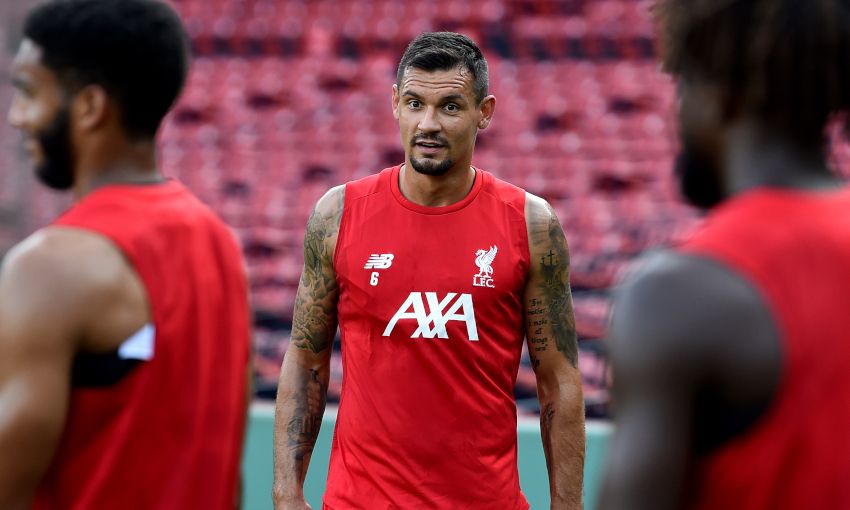 Liverpool's journey to successive Champions League finals has given them all the tools they need to handle the pressure they hope to face again next season, according to Dejan Lovren.

After being denied the European Cup by Real Madrid in 2018, the Reds bounced back at the very first opportunity to lift the trophy by beating Tottenham Hotspur on June 1.

Their run to continental glory was all the more impressive given they were simultaneously locked in a battle for the Premier League title that Manchester City eventually won 98-97.

And having a settled team dealing with the intensity of tackling big matches three times a week means Liverpool are well placed to chase more silverware, believes Lovren.

“With the time we’ve been playing together already and being used to this pressure with all the games week by week – every three days you play for something – we managed,” the centre-back told Liverpoolfc.com on the pre-season tour of the United States.

“There are quite a lot of players who stayed in this team, which is quite important. If we keep this focus for the next couple of years we can reflect on last season and hopefully win many more trophies.

“We are a team with special characteristics with fantastic individual players who can change the game in a second.”

Liverpool landed in Boston on Saturday to begin the second leg of their trip to America, which will include a friendly against Sevilla at Fenway Park on Sunday.

The remarkably high temperatures in the region are likely to influence the game, just as they did when the Reds met Borussia Dortmund in Indiana earlier this week.

But Lovren sees the weather factor as simply something to be handled.

“We adapt to everything,” said the No.6.

“It’s an important tour for us, playing against big teams. It will be a challenge again to play in the heat and to adapt, there are no easy opponents. But it’s about our character and we are used to it already.”

More than 40,000 fans were at Notre Dame Stadium to see Jürgen Klopp’s current and former sides face off, and a fixture against Sporting CP in New York follows the clash with Sevilla.

“It’s brilliant, it’s always a pleasure to come to the States and see so many fans behind us. It’s a privilege to be here,” added Lovren.