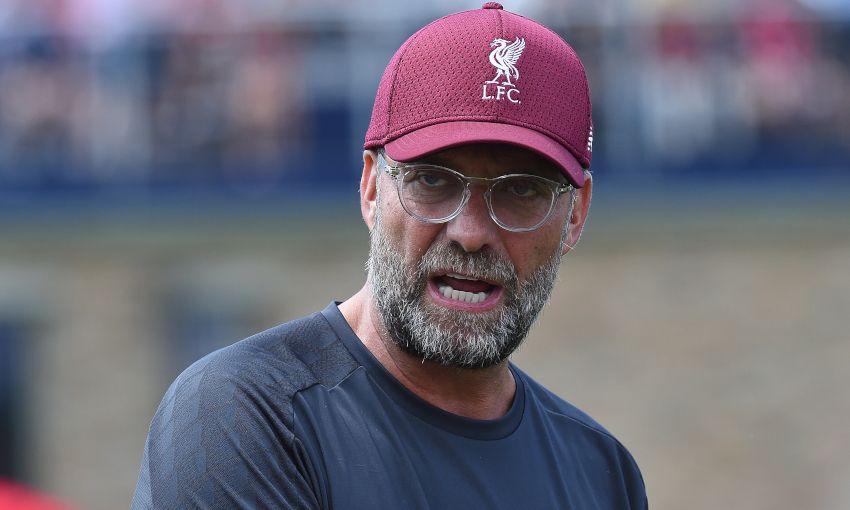 A challenge such as that Liverpool will face against Sevilla at Fenway Park on Sunday night is exactly what Jürgen Klopp wanted in pre-season.

The Reds suffered their first defeat of the summer on Friday as Borussia Dortmund edged their meeting in Indiana 3-2 in stifling temperatures.

Klopp’s side will compete in similar conditions in Boston this evening in an 11pm BST kick-off that will be broadcast live on LFCTV and LFCTV GO.

But tests of this nature are precisely what the manager planned to ensure the players build up their conditioning in suitable fashion before the season begins.

“It was a very important session for us,” he told Liverpoolfc.com in his reflections on the game against Dortmund. “We need this highest intensity to go over the point and still stay focused and concentrated.

“For a few of the boys it’s so early in pre-season and then playing Borussia Dortmund is a proper challenge. A few of the young kids, the boys see that it’s not always dreamland and other teams have good footballers as well, so it’s difficult.

“Now we have to carry on. Within 48 hours we play Sevilla in Boston and that will not be a friendly game as well. We wanted hard challenges, that’s why we chose these teams as opponents and so now we have to fight.”