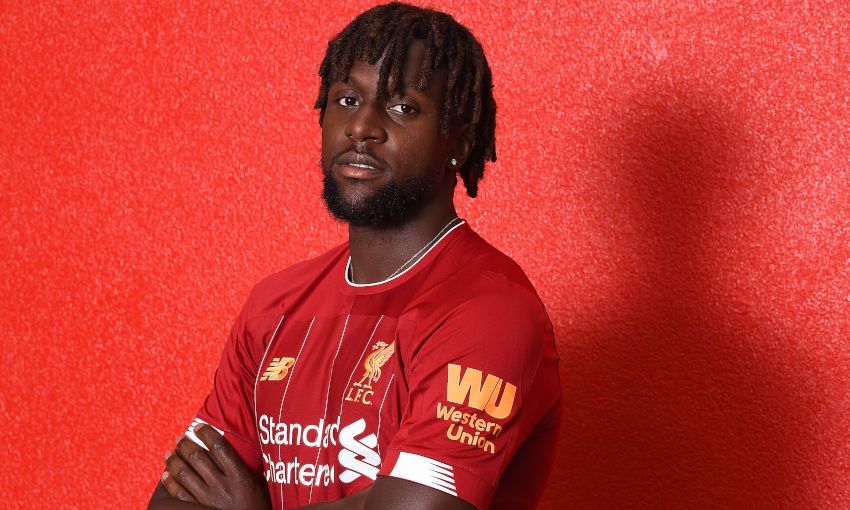 Jürgen Klopp described Divock Origi's remarkable 96th-minute winner over Everton in December 2018 as a "really nice story". Little did he know it would develop into a fairy tale.

It was only in September of last year that Origi was appearing for Neil Critchley's U23s to gain some much-needed match action. Eight months later, the striker was a Champions League-winning hero.

His resurgence is a heartening tale of what can happen to those who remain patient, work hard and maintain belief.

There should be more to come, too, after the No.27 penned a new long-term contract with the club on Wednesday.

"I just try to shine my light," the striker regularly insists during interviews. By the end of last season, his contribution was blinding.

Origi's 2018-19 campaign was bookended with the true low and ultimate high of Liverpool's historic journey.

It was during the Champions League group-stage defeat at Red Star Belgrade back in November that the striker made his first appearance of the campaign. With the Reds 2-0 down, he replaced Adam Lallana as 11 minutes remained.

Origi's application in training and versatility were the reasons for his resurgence, according to his manager.

"All credit to Div, he has done really well and it's absolutely deserved," Klopp explained in April. "Not one second that he's been given has been a present this season."

The 24-year-old gifted Liverpool supporters decisive interventions, leading to wild celebrations. Four of his seven goals were of a seismic magnitude.

It all began with that injury-time header against Everton. Origi was in the right place at the right time after Jordan Pickford pushed Virgil van Dijk's skied effort back into play.

The opposition of the December 2 encounter was of special significance. Three seasons prior, Origi's blistering first campaign as a Red was halted due to an injury sustained during a Merseyside derby.

"It was always in my mind when I thought about Div, that night," Klopp said post-match. "Coming on tonight, now he can finish that book and from now on everything will be fine again."

But there were still more chapters to be written.

Another late headed goal from Origi – this time away at Newcastle United in May – kept Liverpool's Premier League title hopes alive.

Mohamed Salah suffered a concussion in that game and Origi would be required to lead line for the Champions League semi-final, second leg against Barcelona three days later, with Roberto Firmino already ruled out.

He cemented his place in club folklore forever that night.

After kick-starting perhaps Liverpool's greatest ever European occasion at Anfield, Origi was alert enough to turn in Trent Alexander-Arnold's quick-thinking corner and put the Reds 4-0 up, overturning the three-goal deficit from the first leg.

Alexander-Arnold's wisdom beyond his years took most of the limelight, but the right-back was quick to deflect some praise onto Origi's controlled finish.

Just like his restoration into Klopp's plans, practice on the training pitch proved vital.

"I think subconsciously, when the ball came, it helped me – I had more confidence because I knew I'd practised that shot," Origi analysed.

He performed similar heroics in the final. Replacing Firmino early in the second half, Origi scored Liverpool's second late on to seal the club's sixth triumph in the competition. Replays of which will be played in minds and on screens for decades to come.

A statistic circulated in the aftermath of the final, laying bare Origi's devastating impact on the Reds' journey to glory. Three shots in the Champions League, three goals – a 100 per cent conversion rate.

Already regarded as a Liverpool legend in some quarters, Origi is now determined to add to further prestige to his status.

"My aim is to keep progressing and trying to maximise the potential and talent I have each and every day," he said, moments after inking his new deal.

"At the end of my career I want to sit back and be proud that I used all of my gifts and talents.

"I think the next years are going to be very special – prime years, maybe – and I'm going to try to use them to the fullest."