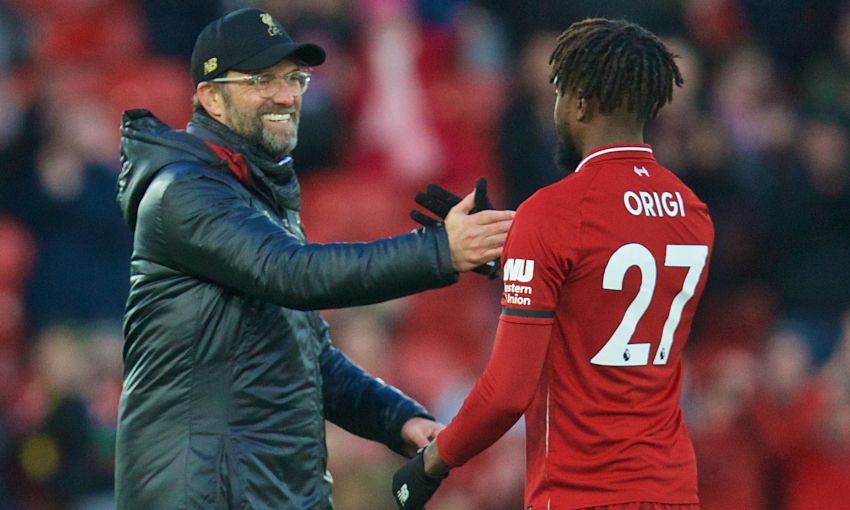 Jürgen Klopp has explained why Divock Origi signing a new long-term contract with Liverpool represents a ‘win-win situation’ for both player and club.

Origi put pen to paper on fresh terms at Melwood on Wednesday, committing his future to the Reds five years on from his arrival as a teenager from Lille.

Two of the Belgium international’s quintet of seasons at Anfield have been spent away on loan, but Liverpool’s Champions League-winning 2018-19 campaign was, of course, littered with invaluable contributions from their No.27.

And Klopp is delighted that he will be able to continue calling on Origi in the years to come.

“I really think it’s a win-win situation. It’s a story really only football can write,” the boss told Liverpoolfc.com.

“I never forgot the situation in the Everton game [in 2016], to be honest, when there was that harsh tackle and a red card for Funes Mori. Divock was in the best shape of his life and everybody was so positive about his future, and then things like this happen in football.

“We always know something like this can happen but when you see it and see the influence it has on a career, it’s just a sad story because he struggled really long with the ankle and stuff like that [and when] he came back the team was flying pretty much.

“It was not easy to come in and he couldn’t gain confidence and stuff like that. Going on loan to Wolfsburg, it didn’t really work out there, coming back, thinking about leaving and then the season starts and yeah, it’s not a miracle, but it’s the nice part of the story then.

“He grew and grew and grew, in training sessions you could see it: ‘Wow!’ It was then not sure about the centre so he played a couple of games on the left wing. He did well there, it’s obviously not his natural position but he can play it in a specific way, in a very offensive way.

“Then in training again, you saw ‘OK, now he is ready again for No.9’ and he did that and scored the goals. That helped obviously, he scored unbelievably important goals and here we are.

“We wanted to sign him again, to extend the contract, and the nice thing is he wanted to as well. He realised it was a tough time [but] we never gave him up in that time, [we never said] ‘OK, that will never work again’, but sometimes in football you don’t have enough time.

“Thankfully we had enough time that we could kind of wait until he is ready again. Now he is this wonderful player again so it’s great to have him and I’m really, really happy about the signing.”

Origi’s talismanic influence last term included a stoppage-time winner against Everton and vital goals that helped see off Barcelona and Tottenham Hotspur in the last four and final of the Champions League.

Those strikes, Klopp is certain, mean the 24-year-old’s place in Liverpool’s history is assured.

“Not only the Everton goal, which was already historical, then all the rest he did against Barcelona and especially in the final is of course very, very special, and Newcastle as well, so he was so decisive.

“But it wasn’t [just] the goals, even the way he played then was so much better again, you could see it immediately. I remember when we played Dortmund away [in 2016] and he scored that goal, after that all Dortmund [fans] were behind me going ‘Divock Origi, wow, what a striker!’ and stuff like this.

“And then in football, you have a bad period, maybe half a year or a year or whatever, and nobody remembers you anymore. It’s crazy but it is like this. People in the last year maybe thought he lost it completely, so in this moment it’s very good that you have a long-term contract in a good club with sensational mates and players around you who really like you. That helped him a lot.

“I’m pretty sure he always felt that he is really important in that team and all that stuff, so it’s brilliant. It’s just a nice story and probably nobody could have imagined it a year ago, and here we are. 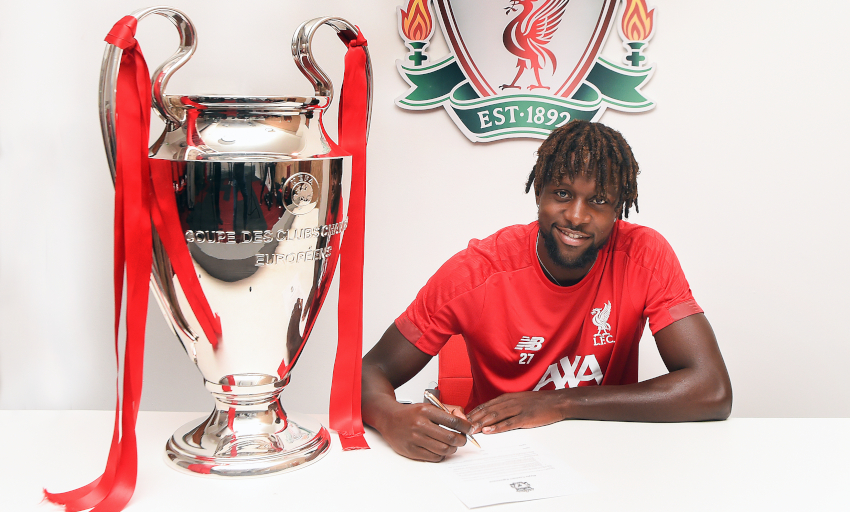