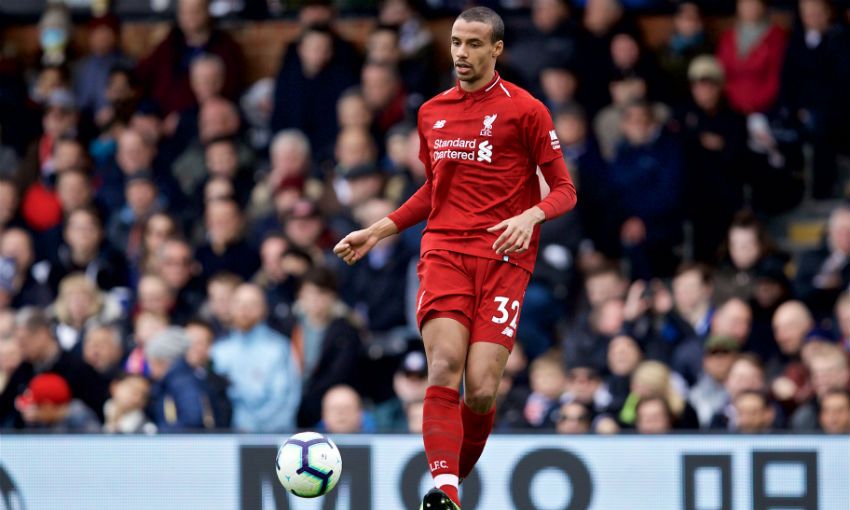 Joel Matip's willingness to carry possession into advanced areas comes from enjoyment and a determination to help Liverpool in the final third.

The centre-half's comfort with the ball at his feet was evident on Sunday when the Reds looked to break down an organised Cardiff City side in an eventual 2-0 win.

And the 27-year-old ventures forward with the blessing of Jürgen Klopp and an awareness of when it's appropriate.

"I'm a defender but I really enjoy to have the ball in all situations," Matip told Liverpoolfc.com.

"We have the ball quite often and I try to help my teammates and try to do something for the team to create something. I really enjoy it. I think it's not bad if you enjoy the way you play.

"When I was young I tried to play from the back. I think that's just the way I am, the way I play. Sometimes it helps and I hope that it will help our team.

"Maybe I should not do it every few minutes but I think he [Klopp] trusts me. If I step in and the risk is not too high and I can help the team then it's helpful."

Matip has found the back of the net on three occasions during his three seasons at Liverpool - all of which have been from set-pieces.

And despite often finding himself in inviting positions, the former Schalke defender prefers other goal-minded teammates to conclude attacks.

He continued: "I know what I can do and shooting is not my favourite part, so I think it's better to leave the shooting for some others!

"But maybe one day I will be in a better position and also can score with a shot."

Matip has started the Reds' last 13 Premier League matches as the title race nears its conclusion.

The next test arrives on Friday night when Huddersfield Town visit Anfield.

Even though relegation has been confirmed for Jan Siewert's side, Matip believes the competitive nature of the division means Liverpool cannot allow any complacency to creep in.

"No game in the Premier League is easy, it doesn't matter who you play against," he said.

"They will fight, they will try to earn their respect and they will not come here to give us some points. It will be a tough challenge."