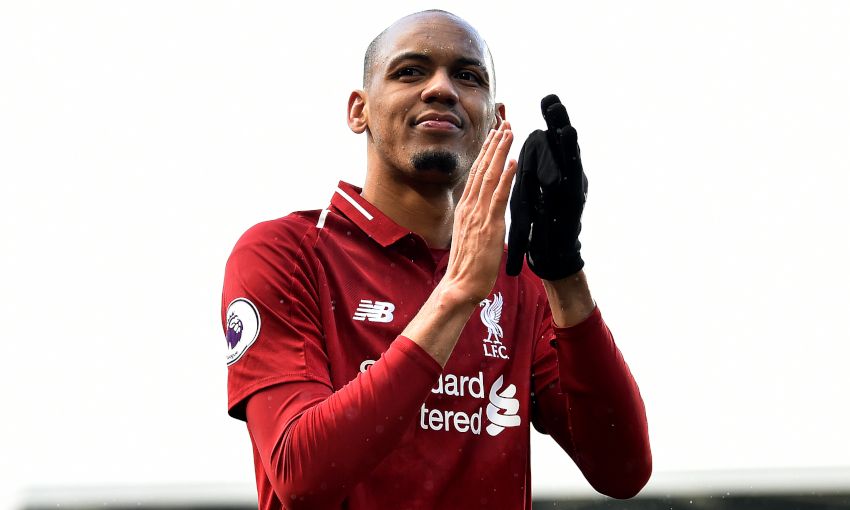 Fabinho's wait has not been long.

The Liverpool midfielder’s debut season with the club has coincided with a serious tilt at the Premier League title, the trophy the Reds have not clinched since 1990.

Having arrived at Anfield as a championship winner with AS Monaco, his first campaign at the centre of Jürgen Klopp’s side could, he hopes, end in similar celebrations.

But if Fabinho is destined to experience fast-tracked glory in English football, the emotions felt by the supporters who have endured a much longer wait are not lost on him.

“I think the fact that it has been 29 years can be seen in what the fans are like because when they are asking for photos you can see the desire from them to win, for Liverpool to win the league after so long,” the No.3 told Telegraph Sport.

“And 29 years is a long time for a club like Liverpool. Obviously I am in my first season here but it would be great to win the league, to achieve something historic.

“Playing for Liverpool, I know what the relationship between the fans and the club is like. With every player you can see the desire to win, the desire to show that Liverpool are the best and deserve to win the league.”

Five games remain ahead of the Reds, who lead reigning champions Manchester City by two points having played one match more.

Chelsea visit Anfield on Sunday, immediately after City have faced Crystal Palace away from home.

“We’re in a good place right now with how we are playing. We have a lot of belief,” Fabinho said.

“We are pretty much playing two games in a week and despite the potential fatigue, and what that might mean, I would say it’s a good thing because we are constantly focusing on the next game and we are in a cycle.

“Right now, this is the time of the season when everything is being decided. It’s been a great season and it would be a shame if we didn’t end it with a title after all the effort we have put in.

“We have five games left in the league and hopefully four in the Champions League. The team is in a good spot.”

A monster in the midfield. 👊 Another fine @_fabinhotavares performance. 🔥 https://t.co/inkx6BPXsO