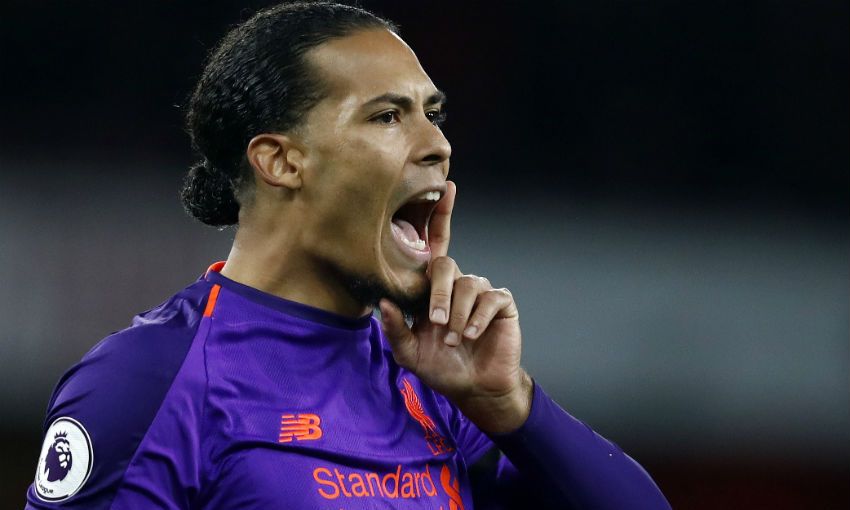 Jürgen Klopp has no new injury concerns ahead of Liverpool’s meeting with Southampton, with Virgil van Dijk set to play at St Mary’s Stadium.

Van Dijk trained with his teammates on Tuesday - 48 hours after suffering a knock as he successfully defended a two-on-one situation versus Moussa Sissoko and Son Heung-Min during the Reds’ 2-1 home win over Tottenham Hotspur.

As such, Klopp expects the centre-back to be available to face his former club on Friday, while he also indicated that no fresh fitness issues have emerged since the weekend.

“Yes, it looks quite good,” the boss said.

“No major concerns, actually, so we have to see until the matchday obviously but after the [Spurs] game probably thinking about Virg. He trained normal, everything OK.

“Yesterday [Tuesday] we only had a second recovery session but he was involved in that and I heard nothing different that he could maybe not train today. No, it looks all OK.”

Joe Gomez returned to training last week after the lower-leg fracture he sustained in December, and Klopp offered no further update on Alex Oxlade-Chamberlain after providing clarification on the midfielder’s rehabilitation prior to the game against Spurs.

Rhian Brewster, though, has been unable to participate at Melwood over the last few days due to a bruised hip.

The striker scored twice for Liverpool’s U23s in their friendly win over Northwestern University last Friday - his first match action since January 2018 following a serious ankle injury - but picked up the knock during a collision with the opposition goalkeeper.

From a Southampton perspective, Ralph Hasenhuttl has said Shane Long is available for selection again after the striker missed their last match with a groin injury. Jannik Vestergaard is in contention to return, having also battled a groin issue.

Danny Ings, who joined Saints at the beginning of the season on an initial loan deal that will become permanent in July, is ineligible to feature against his parent club.

Previewing the game on Thursday, Hasenhuttl said: "It's the first time we play against a really good pressing team - the style of football I also prefer.

"But you can see that this team is maybe one step or two steps ahead in their development. It's a very, very balanced and organised team with a clear plan and nice to watch.

"It will be an interesting game for me and for the coaches on both sides."