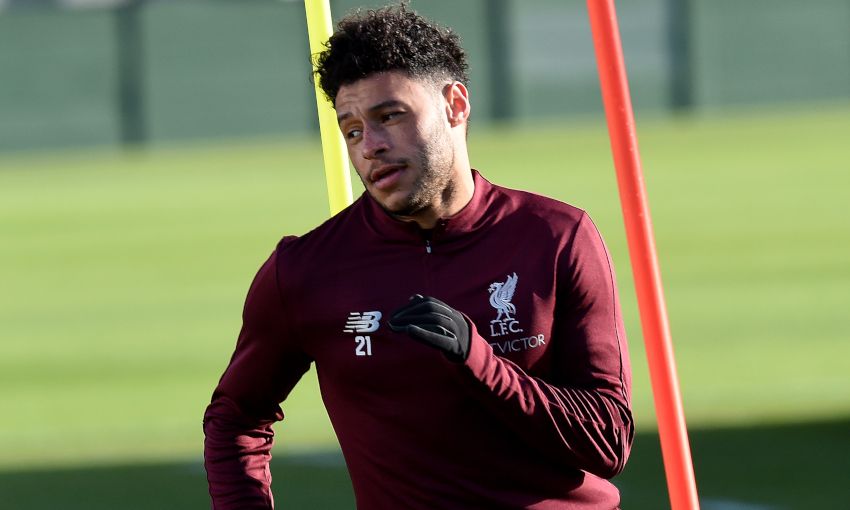 Jürgen Klopp today offered clarification on Alex Oxlade-Chamberlain's rehabilitation from a long-term knee injury and how Liverpool intend to manage that recovery.

The midfielder, who has been out of action since last April, featured for 40 minutes of the U23s’ meeting with Derby County three weeks ago and was taken off as a precaution.

Klopp was asked for an update on Oxlade-Chamberlain at his press conference ahead of Sunday’s visit of Tottenham Hotspur to Anfield in the Premier League.

And the manager took the opportunity to explain why the Reds will continue to tread carefully and sensibly when it comes to the No.21’s prospective return.

“I think one of the biggest mistakes I made [in press conferences] was being so excited about having Ox back – not because it’s not exciting having Ox back, it’s very exciting,” said Klopp.

“So now we keep him a little bit in the shadow; he is in a good moment, he will train. When he is back and when he is ready to be properly back then I will inform you.

“Until then, I will not speak about Ox.”