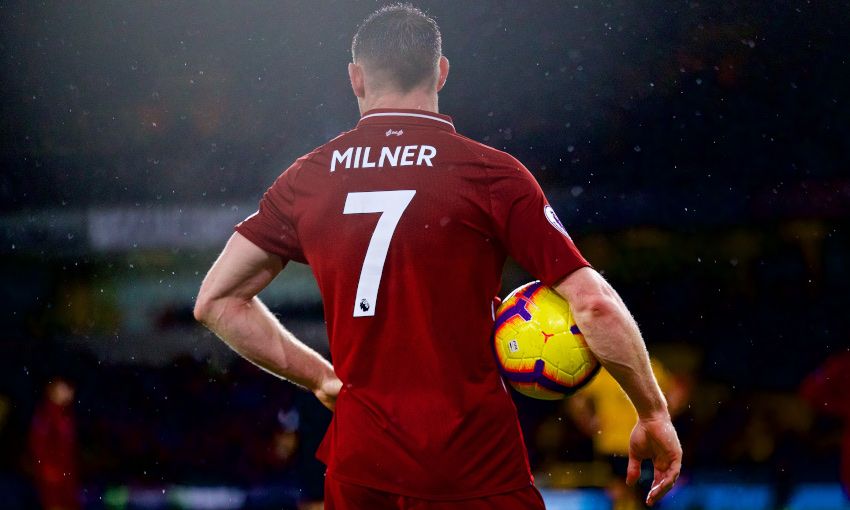 Mane: We're not putting pressure on ourselves

It's not just when he's lining up for action that James Milner makes a telling contribution for Liverpool, with Georginio Wijnaldum explaining why he'd describe his teammate as 'a manager in the form of a player' within the dressing room.

The 33-year-old has made 26 appearances for the Reds so far in 2018-19, operating in several different positions within defence and midfield with trademark aplomb.

Liverpool will be without Milner for their next outing against Leicester City next week due to the red card he received during the 4-3 win over Crystal Palace last Saturday.

However, Wijnaldum has offered an insight into the role the vice-captain plays off the pitch even when he’s not involved – and believes it is equally as important to the fortunes of the team as his performances on the field.

“He was quite unlucky when he got injured [in December] but even then before games he came into the dressing room and spoke with the players, trying to keep them sharp.

“So he was always involved, even when he was not in the 18. He was still part of the team. He would try to help the players on training days and everything.

“He has a big impact on how we perform right now.”