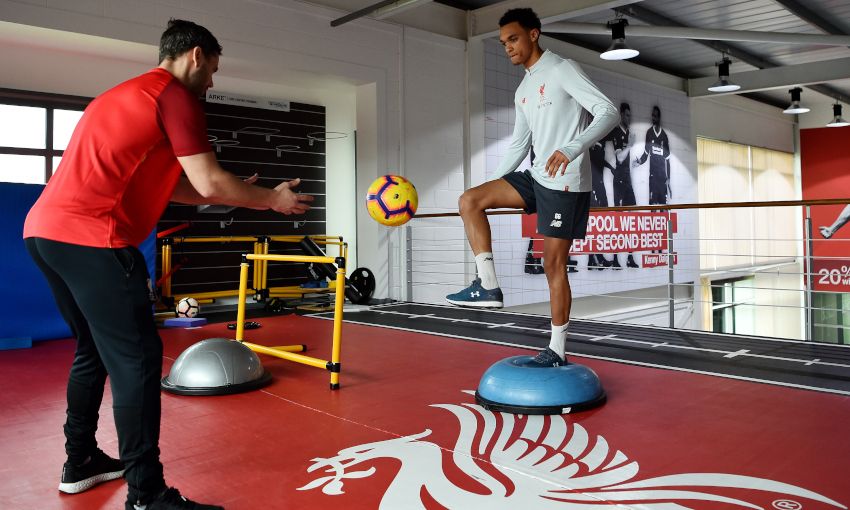 Jürgen Klopp has confirmed Trent Alexander-Arnold is making good progress in his recovery from a knee ligament injury, but it’s too early to determine whether he will be in contention to face Leicester City on Wednesday night.

The full-back sustained the issue during Liverpool’s 1-0 win at Brighton & Hove Albion on January 12 and subsequently missed the 4-3 victory against Crystal Palace last time out.

Asked for an update on Alexander-Arnold’s fitness, Klopp told Liverpoolfc.com: “He is better, much better, but we have to see. It needs to be stable – and in the moment it is stable and it’s about the pain.

“Everyone knows how desperate Trent is to play; he can ignore pretty much everything. That he played that game at Brighton was sensational, to be honest. It’s unbelievable. The same for Gini, who got a little injury early and it was very painful. Adrenaline is obviously really hard stuff and gives you the opportunity to grow a bit in the game, so they did.

“It will not be long [for Trent], but is he ready for Leicester? I don’t know, we will find out. Then it’s West Ham and then Bournemouth. After that he will be 100 per cent [back] but until then, we have to see.”

Like Alexander-Arnold, Georginio Wijnaldum also picked up a knock to the knee at the Amex and sat out the clash with Palace at Anfield.

“Gini is good, better,” Klopp added. “The plan is that he will have one session today and then we have to see how he reacts on that. Hopefully we can build from that point.”