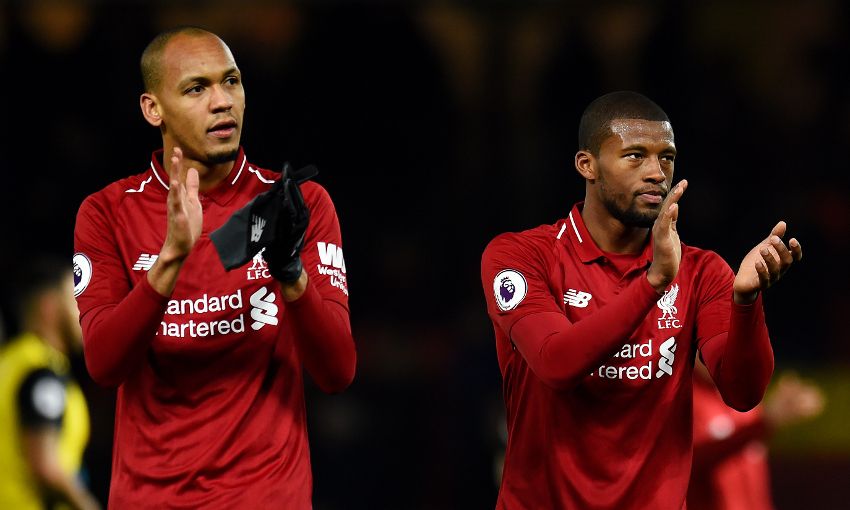 It makes perfect sense when Georginio Wijnaldum explains it.

“It’s always good if you have competition in one position because that means you have to perform to stay in the team,” the midfielder, who has very often stayed in Jürgen Klopp’s team this season, tells Liverpoolfc.com.

“But I think that has to be normal at a club like Liverpool because it’s a top team, one of the biggest teams in England, so Liverpool will always sign good players and that means there will always be competition in the team.

“That makes players even better – not only because you have an ‘opponent’ in your position, but also because you play and train against good teammates, so it makes you automatically a better player.”

This subject – Liverpool’s depth in midfield – has been discussed regularly since the club sealed the signings of Fabinho and Naby Keita last summer. 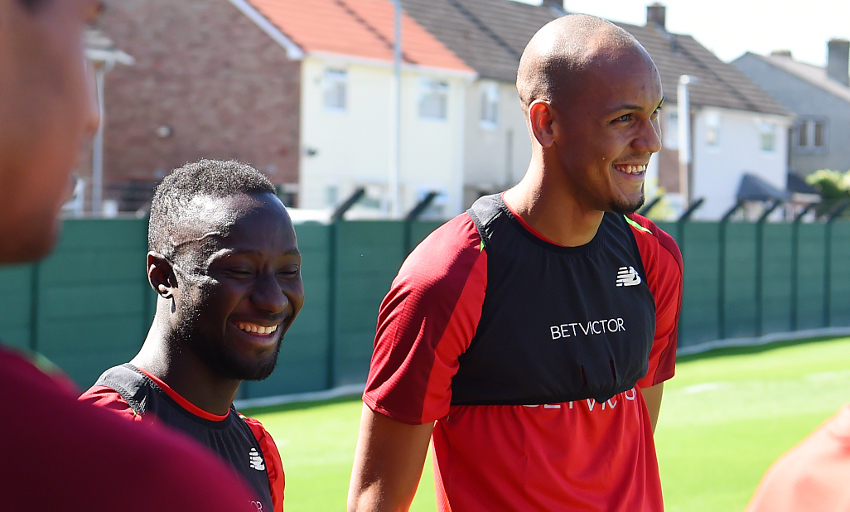 Klopp has overseen a gradual integration process for the duo, star performers at AS Monaco and RB Leipzig respectively before joining the Reds, with the benefit of the experience of Jordan Henderson, James Milner and Wijnaldum to rely on as the new recruits adapt to life on Merseyside.

All five men were deployed across the massive Anfield double-header last week, as Napoli were edged out to secure Champions League progress before victory over Manchester United returned Liverpool to the Premier League summit.

One player was a constant in the midfield for the two matches: Wijnaldum.

“To be fair, for me it was not really difficult,” the Dutchman begins, when asked how a player copes with the intensity of two high-pressure games in a short period. “Because I think I’m still fit, I’m still young so the way we play suits me, my quality and my way of playing.

“But I rested well between the games and I think the games fitted my quality well, so it was not really a problem for me to have those games in a week.”

Named alongside Fabinho and Keita in the centre for Sunday’s meeting with arch-rivals United, Wijnaldum was the senior man for Liverpool in a crucial area of the pitch.

The role comes comfortably to the 28-year-old, who earlier this season was confirmed as the team’s fourth captain after a vote held within the squad.

“I just try to help everyone,” he said.

“I don’t put pressure or force myself to help people out because I was voted fourth captain, I just do what I feel is good and I’m normally a person who always speaks with everyone and I try to be good with everyone.

“I think that is good for me and also for the players, but it’s not that [since] they voted me for the fourth captain that I’m trying to help everyone, I just try to do what’s good.”

Fabinho earned plaudits across the board for his dominant display against United, with the centrepiece his delightful assist for Sadio Mane’s opening goal.

Wijnaldum has been alongside the Brazil international in each of his six Premier League starts so far this season – and feels there is a natural understanding between them.

“But when you play football and you understand, you don’t always need to talk. We just try to enjoy it on the pitch; that’s what we have done until now and I hope we can do it until the end of the season.”

“It’s always difficult if you play for another team that didn’t play the way we play, so when you come here you have to settle in. That’s not always easy and I think he did it quite well. Step by step he learned more about the way of playing.

“It’s not only the way of playing, but also, Naby and Fabi in this case, they also came from another country and everything is new: they have to find a new house, a new place, so they not only have to settle in with football, but also with their lives. Sometimes it takes time, longer than you expect, but I think they are both on a good way.”