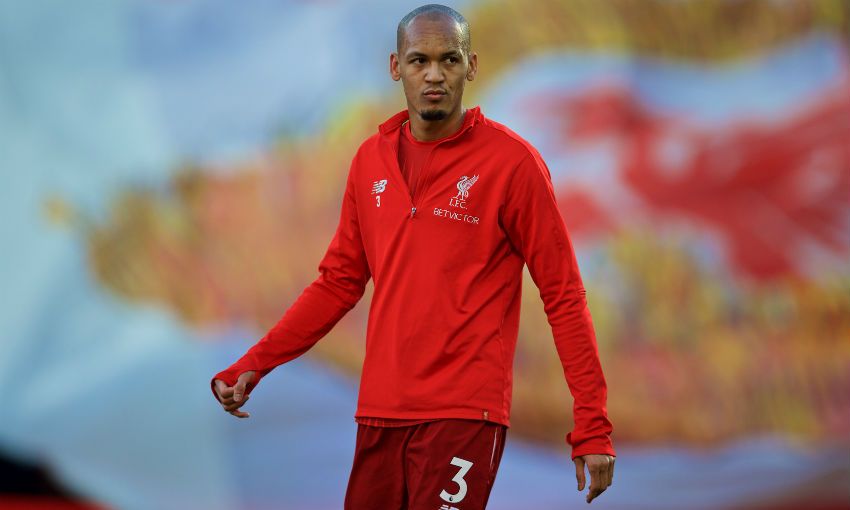 It's a word that recurs frequently.

Fabinho is talking perceptively and warmly about a range of topics, including the club and city he now calls home, Jürgen Klopp and his teammates.

But when the conversation turns to the Premier League and the process of tuning in to football of a different frequency to what he is accustomed to, a particular term keeps popping up.

“One thing I always talk about with this team and this championship is the intensity,” the Brazil international informs Liverpoolfc.com.

“The intensity is different from what I am used to [but] I’ve got into the rhythm of the team and got used to the style of play. The role that the manager asks of me is what I’m used to, so there were no problems in adapting in that respect.

“Obviously in the first games I didn’t have that automatic understanding with the rest of the team, so I had to work a bit harder to understand other players’ runs, but I can do this faster now.

“I’ve adapted quickly to the team and I’m playing more now - at the beginning I had to be patient - and that’s been really good for me and has helped a great deal in settling in.

“Nothing has surprised me. When I came here I already had an idea about how the Premier League would be, but the difference is the physically intense nature, the difficulty of every single game, whether you’re playing against a team who are at the top or the bottom. It’s always a big challenge.

“I don’t remember many games that we’ve won by a large margin, which demonstrates the competitiveness. It’s what I expected from following it on the TV, but playing in it, you really appreciate that it is the most competitive league in the world and the hardest championship to win.

“But it’s great and I’m really happy to be here.”

Five-and-a-half months have passed since Fabinho became a Liverpool player; since he emigrated from the south of France to the north west of England.

Of course, feelings of professional and personal contentment are often intertwined - and life on and off the pitch is, the 25-year-old says, good.

“I’m really happy and well settled at the club, with the team and with the style of play,” Fabinho, who was named Man of the Match for his dominant display against Manchester United on Sunday, continues.

“In the last few months I’ve started playing a lot more so I’m feeling really good on the pitch being able to help the team and I’ve adapted really well to life off the pitch as well. Everything is great with my family, they’re enjoying Liverpool.

“As time goes by, it’s natural for us to become more accustomed to life here, particularly at a club like Liverpool, which has an excellent structure. And we have really welcoming fans - from the time I first arrived and I wasn’t in the team I was getting messages supporting me and saying that my time will come.

“My teammates have helped me a lot as well. Obviously I’m closer to the Brazilian players because of the language and these are things that help me both on and off the pitch.

“And I didn’t know Alberto [Moreno] before I came here, but it’s like we’ve been friends forever. He’s a really fun guy and is always with us.

“All of us in the squad get on great, but I think it’s normal to be closer to your compatriots and Alberto, who speaks Spanish, which is quite easy for us to understand. This closeness really helps us to settle in generally.

“The city as well: me and my family really like it so we feel at home in Liverpool.” 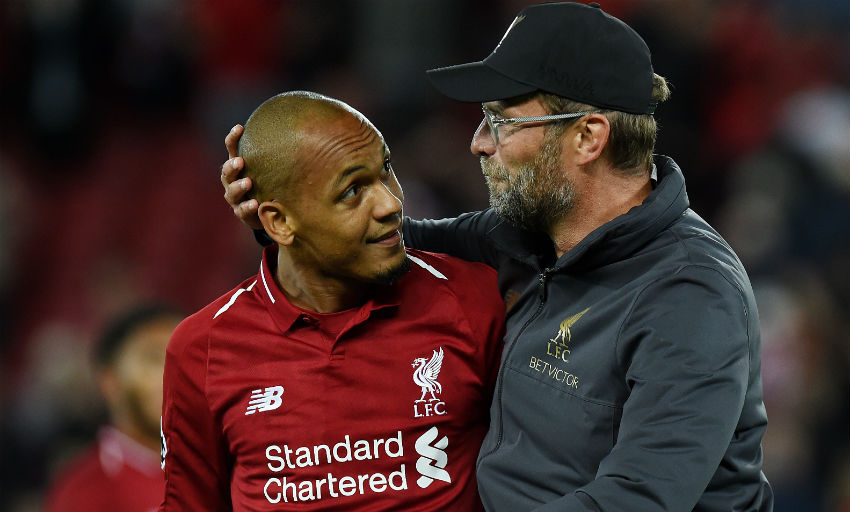 There has not, Fabinho reveals, been much in the way of micro-management from Klopp at Melwood since he arrived from AS Monaco.

Instead, the boss appears to favour an approach that permits his No.3 to adjust to his demands organically.

“We don’t talk a lot, but whenever we’re doing tactical training he stops to talk,” the midfielder notes.

“Sometimes he’ll speak to me individually and he’ll tell me how he wants me to play in terms of positioning, whether it be zonally or whether he wants me to mark a man or play at the back of the midfield.

“So we don’t have long conversations, but whenever he identifies a way I can improve, he calls me over. Not just him, but the other members of the coaching team as well. They’ll come and talk to me about it and that’s helped a great deal.

“Everything,” Fabinho concludes, “is going great.”