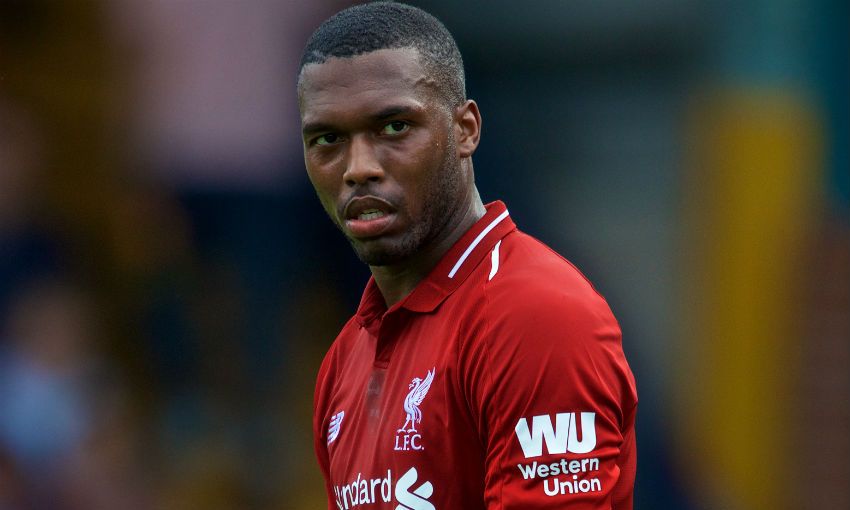 The task awaiting Liverpool at Huddersfield Town is made tougher by the fixture's timing, Daniel Sturridge feels.

Following the international break, the Reds will resume their season at the John Smith’s Stadium on Saturday evening.

Jürgen Klopp’s side head to Yorkshire unbeaten in the Premier League so far this term, with 20 points from eight matches putting them joint-top of the table prior to the weekend. Huddersfield, by contrast, are yet to win in the top flight in 2018-19 and sit in the bottom three.

Sturridge, though, is experienced enough to know that Premier League games are rarely straightforward - particularly, he explained, immediately after international breaks.

“I think it will be tough. The games are always difficult off the back of international breaks: players are tired, they’ve travelled, the week’s not as long in terms of we can’t do as much tactical work as we would usually do throughout the week,” the striker told Liverpoolfc.com.

“And obviously players have gone away and done different tactics with their national teams, played in different positions and roles, so it kind of poses a little bit of a ‘[can we] get back to what we’re used to doing?’ [question].

“I hope we go there and we get a result, that’s the main thing. We’ve just got to stay focused on that.

“We never will underestimate any team. People will say we’re favourites but we’re going into this game and we’re both on the same playing field. It’s the Premier League, so every team is strong in this league.”

While many of his teammates have been away with their national teams over the last fortnight, Liverpool’s Player of the Month for September has been hard at work at Melwood.

And, should Klopp call on him, the 29-year-old is raring to go ahead of another busy period that involves six matches in 22 days before the next round of international fixtures.

“I’m feeling great [and am] looking forward to contributing to the team,” Sturridge said.

“I’m feeling amazing so I can’t really complain, I can have no complaints. I’m just excited for the next month coming up and hopefully we can get some good results in that month.

“Whatever the manager feels is best for the team [is best]. Whoever’s the right players to play, [we] will push ourselves to the limit. We’ve got a great squad so you’ve just got to be ready to give your all, give your everything, to push yourself to the limit.

“Every game’s important for this team, whether it’s the cup, the league, the Champions League, whatever it is, every single game is just as important as each other.

“So, however many minutes you get, whether you’re starting or you’re coming off the bench, you want to support the team as best as possible and help them be successful.”

Sturridge scored the crucial opening goal shortly after half-time when Liverpool met Huddersfield at Anfield a little under 12 months ago.

The Reds went on to win that game 3-0, and the forward believes patience could be key again this time around.

“It’s always important - playing against teams which sometimes sit deeper, teams that don’t, say, [set out to] break us down, those are games when you have to be very patient,” Sturridge continued.

“And this team’s at home also, so they’ll be playing on the front foot. They’ll show us respect, but I don’t think they’ll show us too much respect, especially being at home.

“We have to be mindful of that and we have to stay focused on the job we have [to do], because we understand that they’re a strong team and they have improved since last season also.

“I think every team when they set up in the Premier League, they look at oppositions differently, they look at the past games and they get to watch you and see ‘what are their weaknesses and can we exploit them?’

“We understand that they’re going into this game trying to win it and we’re going to do the same.”