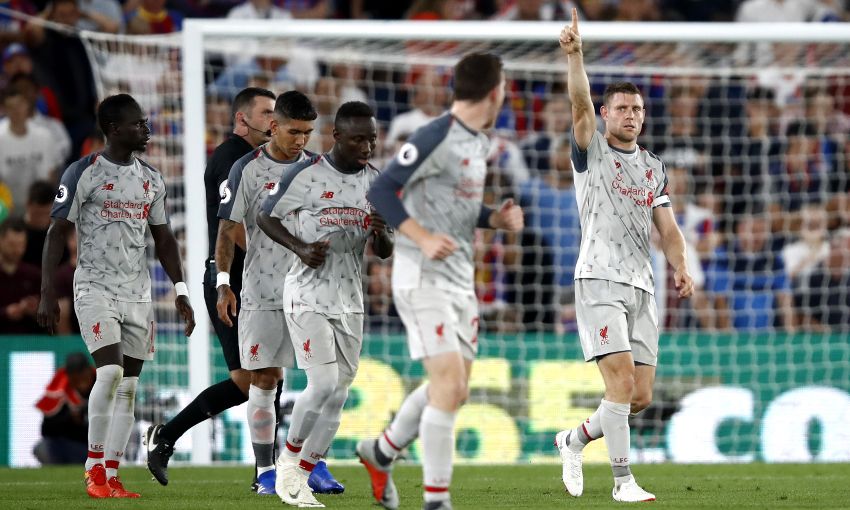 "A win is a win," reflected James Milner after Liverpool showed their steely side to defeat Crystal Palace 2-0 on Monday night.

The Reds had kicked off the Premier League season in style eight days earlier by putting four unanswered goals past West Ham United at Anfield.

At Selhurst Park, however, they faced a different test. The strength, speed and determination of Roy Hodgson’s team meant the visitors could not dare relax until the 93rd minute, when Sadio Mane raced away to seal three points. 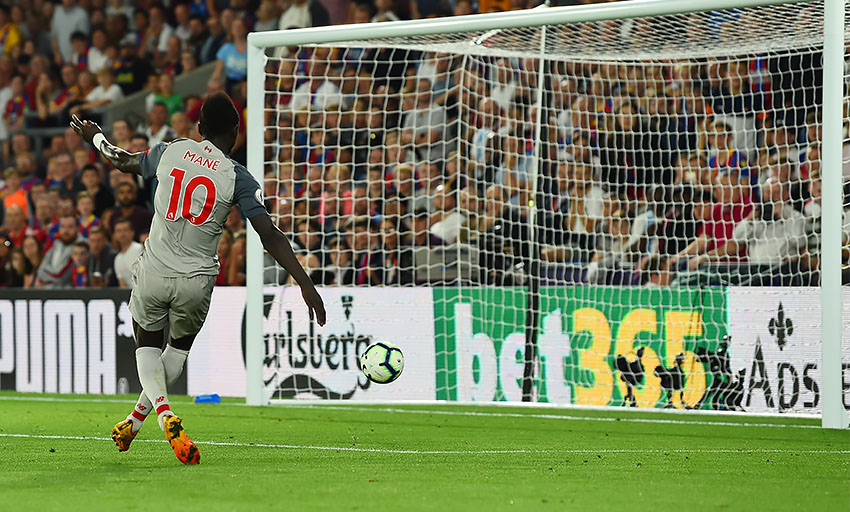 In his assessment of the performance, Milner echoed Jürgen Klopp’s observation that Liverpool were short of their best – but still took satisfaction from the fact they proved they can win in alternative ways.

“That’s something we have to work on: winning all different types of games,” the No.7, who put his side ahead from the penalty spot, told Liverpoolfc.com post-match.

“We know that and it was never going to be easy. We know we can play better and control the game a bit more when we were in the lead in the second half.

“But this is a tough place to come. I don’t think many people come here and have an easy night, that’s for sure, so it was a good performance in the end just to get the result.”

Andros Townsend had sent a long-range drive clattering off the crossbar before Milner converted from 12 yards after Mamadou Sakho fouled Mohamed Salah in the area.

Summer signing Alisson Becker then made an excellent save early in the second half to thwart Luka Milivojevic’s free-kick as Palace rallied.

The Eagles could find no way through the Liverpool defence, though, and back-to-back clean sheets for Klopp’s men is unmatched by any other Premier League club.

“Obviously we thought we could play better but also we wanted to control the game a bit better in the second half when we were in front,” said Milner.

“I don’t think we did that as well as we should have done. But it’s about getting the win and the clean sheet, which was pleasing and so important.

“We know with the players that we have got going forward if we keep those clean sheets then we’ve got every chance of nicking a goal at the other end.

Watch: Extended highlights of the 2-0 win

But, as evidenced by his industriousness in each of the first two games of the season, the midfielder has no concerns about his longevity.

“I’m going to have to take the old jokes – I’m used to deflecting the flak onto him but now I’m on my own!” he said.

“I feel really good and, like I said before, if I can survive a Jürgen Klopp pre-season you must be feeling alright, so I’m doing alright.”

Watch the Reds face Brighton and Hove Albion at Anfield on Saturday with our matchday hospitality packages, all including a match ticket. For more details and to book now, visit liverpoolfc.com/hospitality.