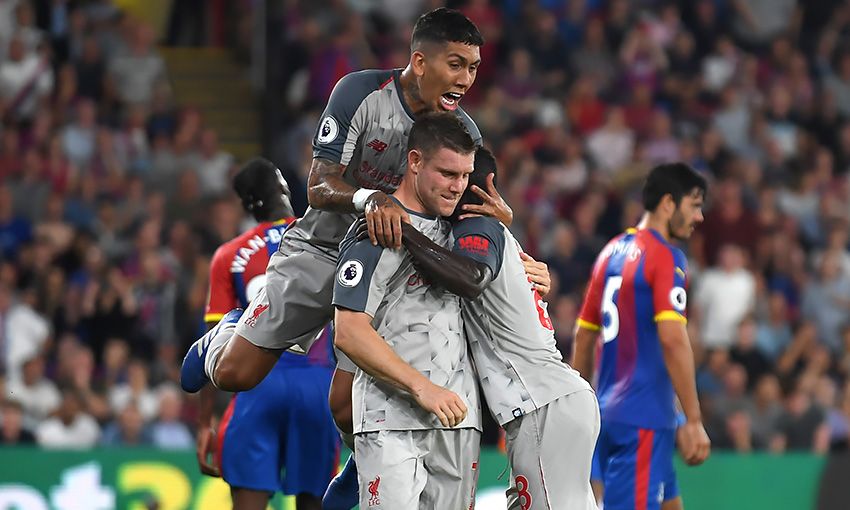 James Milner followed up his relentless display against West Ham United on the Premier League's opening weekend with a record-breaking feat in Monday night's 2-0 win at Crystal Palace.

The Liverpool vice-captain converted from the spot on the stroke of half-time to give his team the lead at Selhurst Park and in doing so became the first player to score eight consecutive Premier League goals from penalties.

The 32-year-old, whose last league strike from open play was a left-footed finish against former club Manchester City in March 2016, moved clear of a bunch of four players who have netted seven top-flight goals in a row from the spot, including two former Reds... 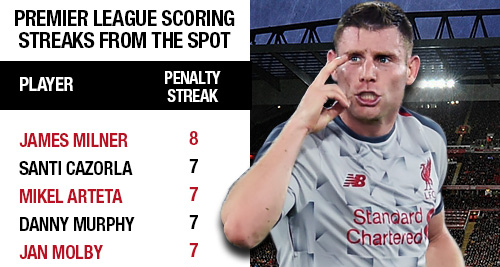 And that's not all. Milner also extended his Premier League record as an undefeated goalscorer.

The LFC No.7 has not lost any of the 48 top-flight matches in which he has scored - the longest run in the competition's history.

The streak began with his debut goal for Leeds United back in 2002 and Monday's strike took his tally to 38 wins and 10 draws, moving him clear of Darius Vassell - the former Aston Villa and Manchester City striker - by two games.

Vassell retired in 2012 and the only player in the top five still playing in the Premier League is Tottenham Hotspur's Dele Alli, who is on a 33-game streak. 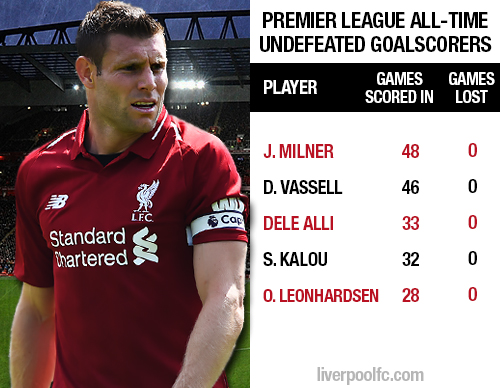