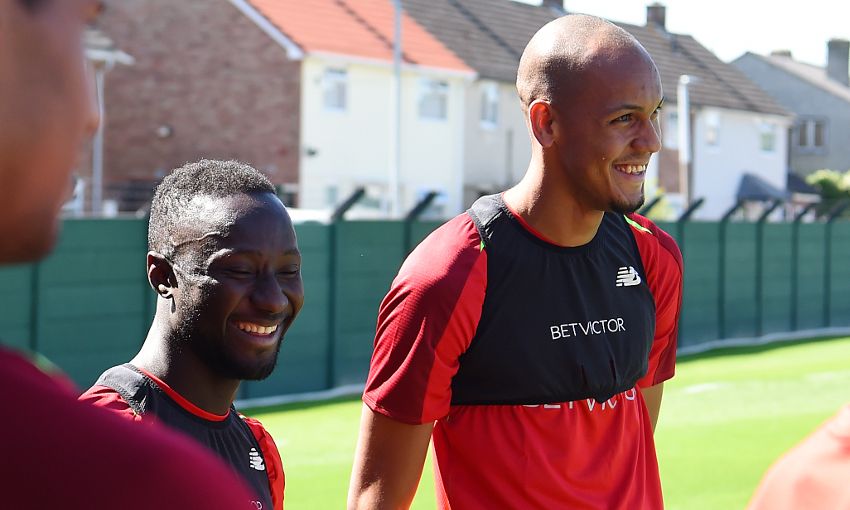 Chester v Liverpool: Pre-season set to get under way

Fabinho and Naby Keita have wasted no time in making an impact at Melwood and Dominic Solanke expects it will be 'fun to watch' the summer signings in the coming weeks.

The former finally joined the club officially on July 1 after a deal was agreed with RB Leipzig last August to bring the Guinea midfielder to Anfield.

Fabinho’s wait was considerably shorter, however, after the formalities of his move to the Reds were completed in late May.

The pair began pre-season training alongside their new teammates on Monday and Solanke has already seen enough to be excited by what they will bring to the side.

Asked if Fabinho and Keita have made an immediate impact, he told Liverpoolfc.com: “Definitely. They are fantastic players to come to Liverpool. It’s going to be fun to watch them play in the next few weeks.”

Both men will have to overcome a language barrier as they settle into life in their new surroundings but Solanke does not anticipate any issues with their assimilation.

“They have settled in quite well. Last season everyone made me feel welcome: the players, the staff, everyone. They’ll do that again for them and they’ll settle in quite quickly,” the striker added.

“There are always things you can do to help them, just showing them where something is or introducing them to new people. Even if the language isn’t quite there, you can help them with actions.”