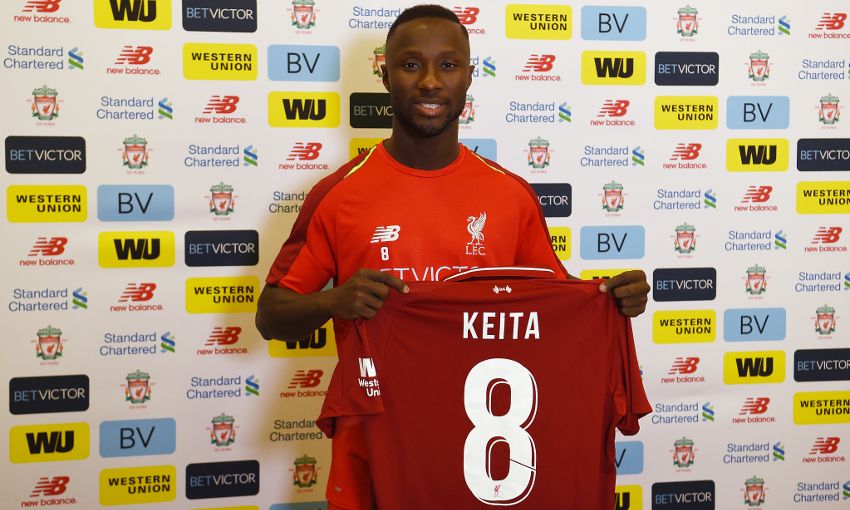 Naby Keita will officially complete his transfer to Liverpool Football Club on July 1.

The midfielder will formally become a Reds player on Sunday after a deal was reached with RB Leipzig for his services in August 2017.

Keita, who has signed a long-term contract with Liverpool, will begin pre-season training on Monday at Melwood when the players not on international duty are due to report to begin preparations for 2018-19.

He told Liverpoolfc.com: “When you see how they performed last season it makes me want to do the same and to be a part of this team. I would like to be able to achieve a similar kind of season with them next season – but even better.

“I chose Liverpool because it is a team I watched often - and I also spoke a lot about it with Sadio [Mane]. He told me a lot about the team and the club.

“I also spoke with the coach, who told me about the project for the team and that motivated me to be here.”

The 23-year-old moves to Anfield after two seasons with Leipzig, during which he scored 17 goals in 71 appearances for the Bundesliga side.

Keita, who also has 29 caps for Guinea, will take the No.8 jersey for Liverpool.