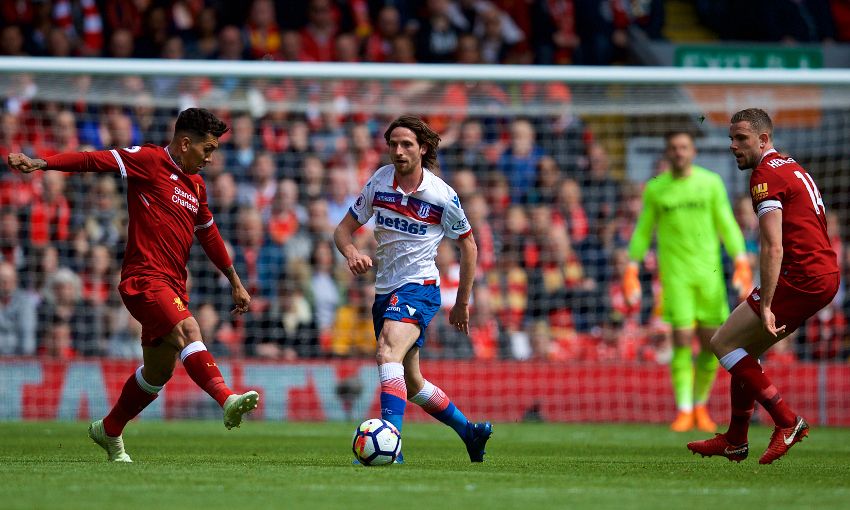 Joe Allen hopes Liverpool can complete their Champions League journey by reaching – and winning – next month's final in Kiev.

The Reds are 5-2 ahead at the halfway point of their European semi-final with AS Roma having produced a scintillating attacking performance at Anfield last Tuesday night.

If Jürgen Klopp’s side can finish the job in Italy this week, it would mark a return to the continent’s showpiece club fixture for the first time since 2007.

Victory would also set up the third major final appearance for Liverpool of Klopp’s tenure; Allen was a member of the team that suffered defeat in the League Cup and Europa League two years ago.

And the Welshman, who returned to Anfield in Saturday’s goalless stalemate with Stoke City, is backing his former employers to achieve success this time.

“The reaction since then has been brilliant,” said Allen, reflecting on the pair of disappointments in 2016. “I know a few of the lads here and I hope for their sakes they can get some silverware over the next few years.

“I think the performances that season – Villarreal, the Dortmund game – give you confidence and belief, that never-say-die attitude. That’s probably part of their success.

“Did it feel then that Klopp was building something special? I think so. A new manager had come in and was implementing his style. We were a reasonably young squad then, which has a bit more experience now, with a couple of quality players added to it.

“We’ve seen [Sadio] Mane and [Mohamed] Salah come in and they’re now a great team. What’s great is the attacking brand [of football] and they always look like they can blow any team away at times.”

Allen, who made 132 appearances and scored seven goals for Liverpool during a four-year spell, added: “I think they’ve been incredible all season.

“It’s only that Man City have been that good has taken the shine off them. I think they have been top drawer. Their European games have been incredible. Let’s hope they can go out on Wednesday and do a job to get themselves into the final.”

Joe Allen named in Euro 2016 team of the tournament