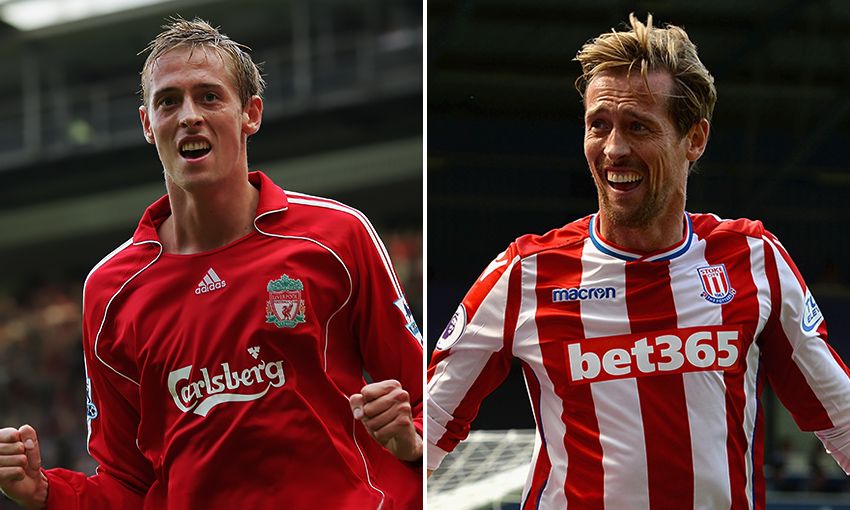 Liverpool are back in action on Wednesday night as Jürgen Klopp's men make the trip to Stoke City for a midweek Premier League fixture.

The Reds will encounter a few familiar faces at the Bet365 Stadium, with four former teammates now plying their trade for the Potters.

But the current quartet are not the only players to make the switch between Liverpool and Stoke down the years.

So ahead of Wednesday's clash, we've picked out 10 players to feature for both clubs... 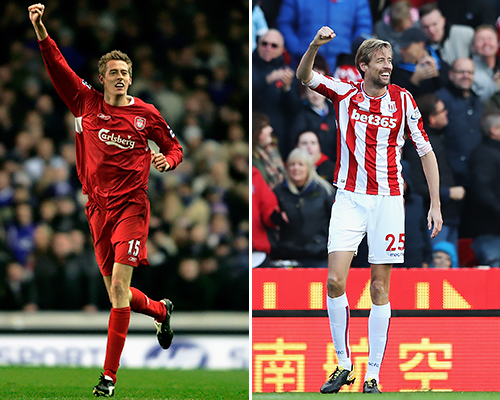 Despite taking his time to open his account for Liverpool after joining from Southampton in 2005, Peter Crouch became popular with the Anfield faithful immediately.

The talented England international scored a perfect hat-trick - left foot, right foot and header - as the Reds beat Arsenal 4-1 in 2007 and his stunning overhead kick in a 3-2 Champions League win over Galatasaray was voted into UEFA's top 10 all-time goals in European competitions.

After spells with Portsmouth and Tottenham, Crouch signed for Stoke in 2011 and is still an important squad member at the age of 36. Stoke. Crouch recently earned a place in the Guinness Book of Records for scoring the most headed goals in Premier League history. 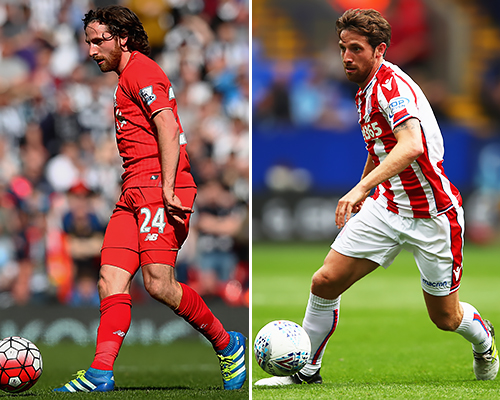 Allen followed Brendan Rodgers to Anfield from Swansea City in 2012 and established himself as a popular squad member under both Rodgers and Klopp.

He joined Mark Hughes' Stoke in July 2016 in search of regular first-team football and scored some vital goals in his debut season in the Potteries. 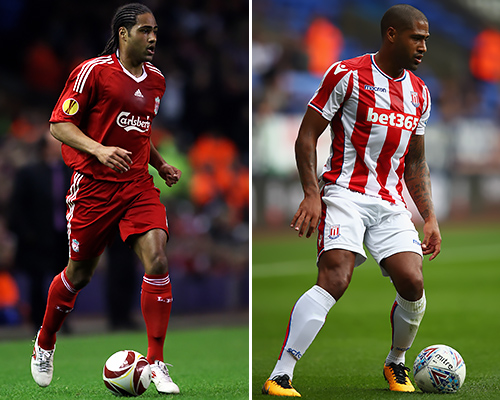 Johnson signed for Liverpool from Portsmouth in 2009 and marked his home league debut with a goal and an assist in a man-of-the-match performance against Stoke.

The England international’s forward forays remained a trademark of his six seasons at Anfield.

He left Liverpool to join Stoke in the summer of 2015 and made his Potters debut against the Reds on the opening day of the season - losing 1-0 at the Britannia Stadium. 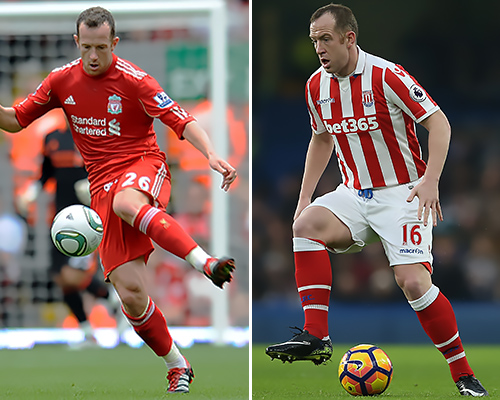 Adam arrived at Anfield in 2011 after starring in Ian Holloway's Blackpool side following their promotion to the Premier League.

He was part of the Liverpool team that won the 2012 League Cup and joined Stoke later that year. 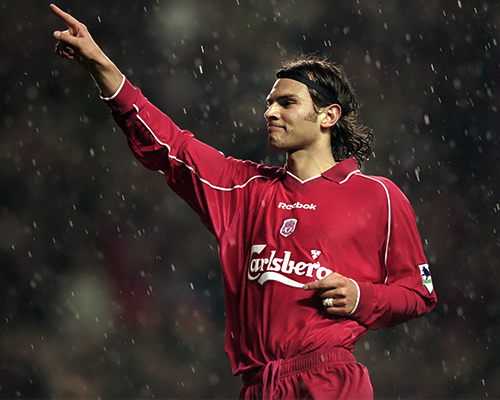 Berger arrived at Anfield following his outstanding displays with the Czech Republic en route to the final of Euro 96 and his explosive long-range shooting quickly made him a Kop favourite.

Nearly half of his 28 league goals for the Reds came from outside the box, including his incredible 30-yard net-buster of a free-kick that helped secure a 1-1 draw at Old Trafford in March 2000.

Berger also provided the pass for Michael Owen's winner in the 2001 FA Cup final as Liverpool scooped the treble. He joined Stoke on loan from Aston Villa in 2006. 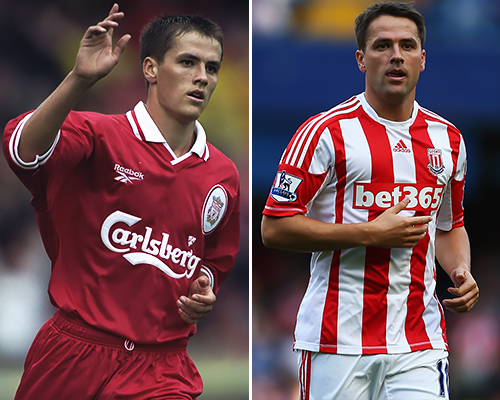 Owen burst on to the scene for Liverpool in 1997, scoring just 16 minutes into his debut. Within a year, he'd had become one of the hottest properties in world football, due to his brilliant goalscoring record and an incredible strike against Argentina at World Cup 1998.

By the time he left Anfield for Real Madrid in 2004, he had won a treble and the European Footballer of the Year award. He ended his career with Stoke in 2013. 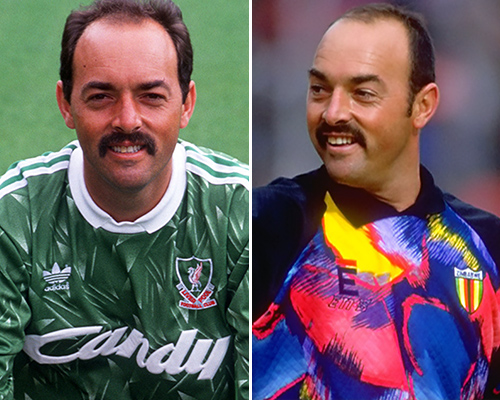 Bruce Grobbelaar is one of Liverpool's most decorated players of all time, winning 13 major trophies across 13 years with Reds.

Towards the end of his Liverpool career, Grobbelaar played four games on loan for Stoke. 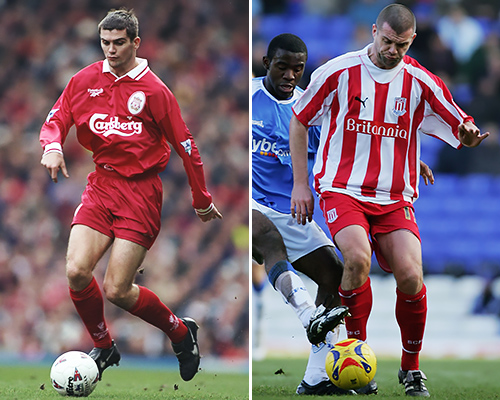 Matteo joined Liverpool as a youngster in 1990 and came through in the same youth team as Robbie Fowler and Jamie Carragher.

Adept at either left-back or centre-back, he actually made his Reds debut against Manchester City in 1993.

He left for Leeds United in 2000 and joined Stoke seven years later, captaining the Potters as they won promotion to the Premier League a year later. 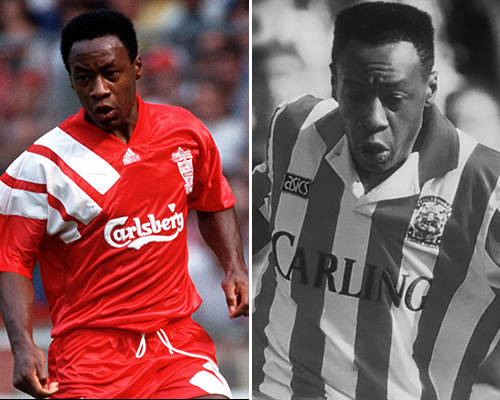 Walters became the first Liverpool player to score a hat-trick in the Premier League - during a 4-0 win over Coventry City in 1992 - and was the first full-time resident of the No.11 shirt when squad numbers were first introduced for the 1993-94 season.

But the former Rangers midfielder had actually been at the club a number a years prior to that, having joined Graeme Souness' Reds in 1991. 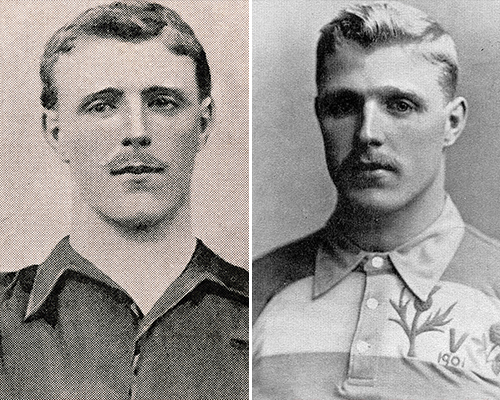 Scottish defender Raisbeck is regarded as Liverpool's first star player and was an inspiring figure to those that played alongside him.

He was made captain after just one season on Merseyside and led the club to each of its first two league championships and helped win promotion back from the Second Division in between.

Signed from Stoke in 1898, his Anfield career spanned 11 seasons, during which time he evolved into one of the best defenders of his generation.

'It's great to see a goalkeeper nominated for the Ballon d'Or'