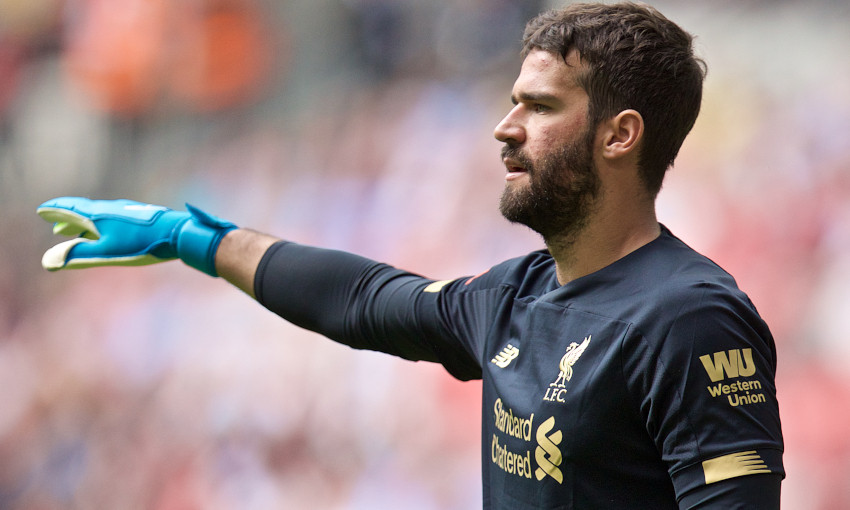 Alisson Becker's nomination for the Ballon d’Or has been met with the seal of approval from a club legend who knows what it takes to be the last line of the Liverpool defence.

The Brazilian stopper is one of seven Reds up for the prestigious honour, and as a stalwart of the goalkeepers' union, Bruce Grobbelaar is delighted to see him on the shortlist.

Grobbelaar, who made 628 appearances for the club, believes Alisson's inclusion is well deserved.

He told Liverpoolfc.com: "I think it's justified. It's good to see a goalkeeper being nominated for the Ballon d'Or, it's a long time since a goalkeeper has won that prestigious award.

"It's great to see we've got all of these players shortlisted for the Ballon d'Or and it's fantastic for the club and a great, great honour."

Alisson won the Champions League and received the Premier League Golden Glove award during his first campaign on Merseyside, and has since collected individual prizes from UEFA and FIFA.

Grobbelaar feels the overall influence of the 27-year-old - who also lifted the Copa America with Brazil in the summer - has been significant.

"He is an absolutely fantastic goalkeeper, surely No.1 or No.2, or the best in the world, he should be. He is just one hell of a presence in the Liverpool goal and it's fantastic to see," he added.

"I didn't see him coming back to play at Old Trafford but the manager and the coaches stuck him in, he did exceptionally well and I don't see any problem from now on in.

"Hopefully he stays injury-free until the end of the season because we do need him, and I'm going to thank Adrian for taking up his place. He did it with such a great honour and he was brilliant."